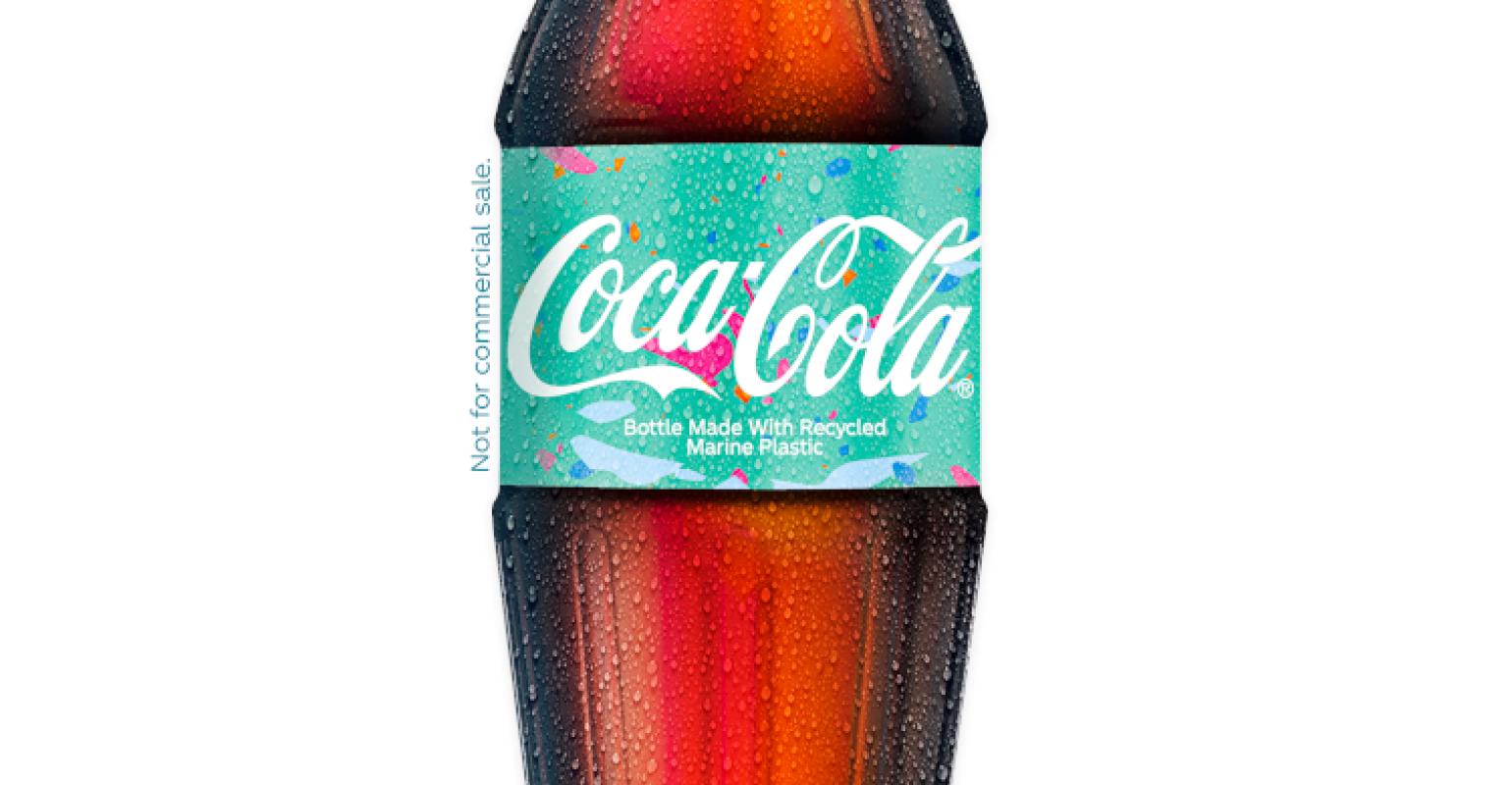 Producing 300 bottles made with 25% recycled plastic collected from marine cleanups gives Coca-Cola proof of concept that the recycling technology works and can be scaled in the future for wider use.

The Coca-Cola Co., as part of its sustainable packaging focus, recently proved that plastic fished from waterways and plucked from beaches can be recycled into bottles suitable for soft drinks.

The 300 sample marine bottles exemplify a closed-loop system for transforming previously unrecyclable PET back into food/beverage packaging, and the Coca-Cola project provides proof of concept for the approach.

To retrieve marine plastic and recycle it into resin for the sample bottles, Coca-Cola partnered with Ioniqa Technologies, based in the Netherlands; Indorama Ventures, in Thailand; and Spain’s Mares Circulares (Circular Seas) marine-debris collection/recycling collaboration.

Mares Circulares, which is partially funded by The Coca-Cola Foundation, collected post-consumer plastic for the project from the Mediterranean Sea and beaches. Volunteers helped clean up 84 beaches in Spain and Portugal, and fisherman from 12 ports removed marine waste from the water.

Ioniqa used its proprietary “enhanced recycling” method to break down the marine plastic into its molecular building blocks. With Ioniqa’s technology, waste plastic is physically shredded, and the pieces are placed in a chemical solution that purifies and depolymerizes the plastic.

The resulting liquid is dried, and resin manufactures can use the powder to make transparent, high-quality PET resin. In the case of the marine bottles, Indorama was the resin manufacturer.

During the summer of 2019, Ioniqa commenced operation of an enhanced recycling plant in the Netherlands. The plant processes otherwise non-recyclable (non-marine) PET and has an output capacity of 10,000 metric tons per year. Coca-Cola has announced that it plans to use this type of recycled content in some bottles in the near future.

Van Gompel: Enhanced recycling is a chemical process, also known as depolymerization, where the PET plastic is converted back into its original building blocks, otherwise known as monomers. This effectively pushes a reset button. The process also restores the molecular strength to the monomers and removes any potential contamination.

The monomers can then be rebuilt via polymerization to create food-grade PET plastic. This means that lower-grade plastics—like marine plastic—can be recovered and upcycled back into food-grade packaging materials, with their value returned, not just once but again and again.

How is Ioniqa's recycling technology different from, or better than, other chemical-recycling methods?

Van Gompel: The benefit of enhanced recycling is that, like similar depolymerization technologies, it is capable of handling complex waste—such as colored bottles, non-food containers or polyester-based fibers, much of which would currently end up in incinerators or landfill—and converting it into monomers. But it doesn’t have to to go back to basic petrochemicals to create these monomers, hence requiring less energy than chemical processes based on pyrolysis or gasification.

Through Ioniqa’s process, which uses smart fluids and a unique separation process to split the PET chains back into their two basic molecules and then reconstitutes them, low-end feedstock is upcycled into “virgin” raw material that can be used to create new, high-end PET through polymerization, suitable for any and all uses, including food-grade plastics.

What is the protocol for ensuring that the plastic created via this recycling method is food-safe?

Van Gompel: Our first concern is always to ensure consumer safety for our products. We will not put anything in the market that is not safe. So, from an industrial-chemistry perspective, the technology has to prove itself to be industrially sound through rigorous testing.

Does Coca-Cola have a timeline for commercial use of marine bottles?

Van Gompel: Our sample marine-litter bottles have been developed as a proof of concept for what the technology may achieve in time. While we now know this can be done, there is a great deal more work needed before marine litter can be collected and recycled at the scale needed for commercialization.

The enhanced recycling technology is still in its very early stages, and in the immediate term we will work with Ioniqa and Indorama to introduce at a commercial scale by using waste streams from existing recyclers, including previously unrecyclable plastics and lower-quality recyclables. From 2020, we plan to include this enhanced recycled content in some of our bottles.