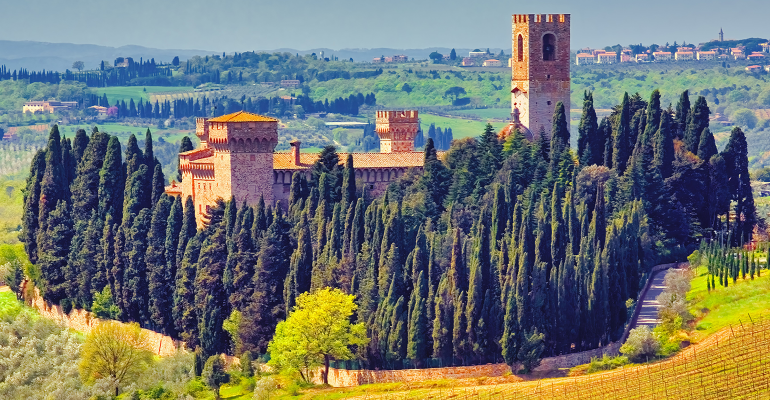 A history lesson on feudalism reveals why recycling works so much better in Europe than in America.

Have you been to Europe? Have you noticed that many of the towns are high on hilltops and walled, with the main buildings being castles and churches? Have you seen the beautiful farmland spreading out below the fortified towns? (Please use Google to find “Monteriggioni” and see photos of the most complete fortified town still standing in Italy, or “bastide” to view similar towns in France.)

What you’re looking at are vestiges of the feudal times that defined the Middle Ages, with fiefdoms run by vassals who lived high up in the castles and serfs farming the land below. The land was generally held by the crown, with the vassals (barons) being the chief tenants.

In return for tending to the land and supplying food to the barons and the king, the serfs were protected and acculturated. They attended church within the walls of the upper town, and in times of war or natural disasters were also herded into the walls for safety. So, there was a certain quid pro quo: You tend to my land and feed me, and I will in turn protect you, provide you with necessary service, and allow you to feed and otherwise sustain yourselves.

European feudalism began to widely prevail in the 10th century, by which time most of the continent was Christian. The combination of centralized secular and religious authority that was either brought on by feudalism (or occurred during the height of its development between the 10th and 15th centuries) created 500 years of authoritarian rule that's still part of the genetic social code of most Europeans. 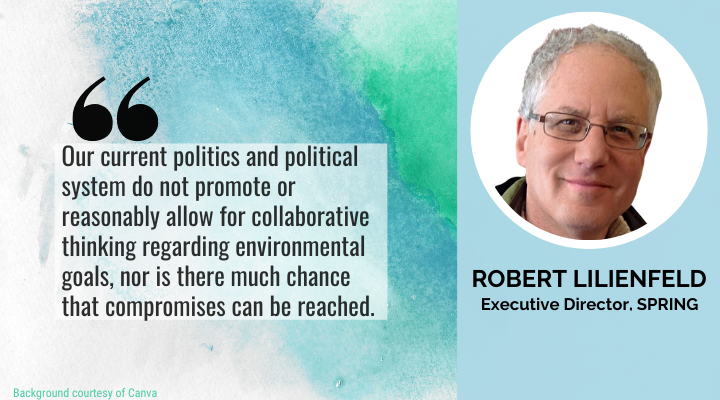 What does feudalism have to do with packaging sustainability?

A November 29, 2022, PlasticsToday article (The Global Landscape of Plastics Bans and Regulations) stated that, “… four countries — the Netherlands, Norway, Germany, and Spain — registered (plastics) recycling rates above 40%.” Per the latest EPA reports, the similar rate here in the US is only 9%.

What do these countries have in common that the US does not?

Besides a strong environmental ethic, they have reasonably homogenous cultures with common goals. And, thanks to those 500 years of quid pro quo between the people and their governments, I would argue that they are far more likely to look toward governmental policy to protect themselves and their environments.

I would also argue that the policies in these countries are far more progressive than the majority of American policy decisions relating to waste regulation, recycling, recovery, reuse, and disposal.

Why can’t the US effectively generate strong policy decisions relating to sustainable packaging? First, Resource Conservation and Recovery Act (RCRA) laws and regulations have pushed these types of policy decisions down to the states. Second, our current politics and political system do not promote or reasonably allow for collaborative thinking regarding environmental goals, nor is there much chance that compromises can be reached. Finally (and unfortunately), it does not appear that the topic is of primary concern to much, if not most, of the American public.

Remember the allegory in which a frog placed in a pot of hot water immediately jumps out to safety, while a frog placed in a pot of tepid water that is being slowly heated never realizes the danger and is thus boiled to death? Instead of a pot of slowly boiling water, think of the Earth as a slowly warming closed system that contains flora and fauna. If we wish to avoid the fate of the frog placed in that analogous pot before the water becomes uncomfortable, we had better figure out how to act soon. Ironically, while the frog placed in the already dangerously hot water can instinctively jump out and save itself, we have no way to escape the problem we are creating.

Unless we can generate, pass, and enforce science-based environmental policies on a federal basis, we are in serious risk of allowing climate change to exceed reasonable limits in the very near future. To do so, there must be a strong sense of commitment and collaboration between industry, governments, environmental groups, and the public.

We can no longer afford to wait for personal responsibility regarding recycling and other solid waste issues to kick in. We need to engage with policymakers at all levels to make it happen. It truly is a Brave New World, and businesses must work closely with governments and other stakeholders to make it a successful and sustainable one.

Robert (Bob) Lilienfeld has been involved in sustainable packaging for 25 years, working as a marketing executive, consultant, strategic planner, editor, writer, and communications expert. He’s President of Robert Lilienfeld Consulting, working with materials suppliers, converters, trade associations, retailers, and brand owners. He is Executive Director at SPRING, The Sustainable Packaging Research, Information, and Networking Group. You can also write him at [email protected] or visit his LinkedIn profile.