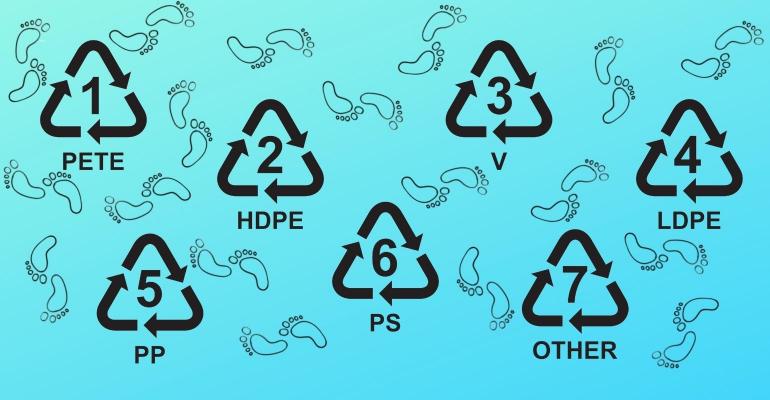 Instead of struggling to reclaim and process hard-to-recycle plastic packaging, it’s time to rethink why we make it and how we use it.

Let’s say you commute in your small car from your suburban home into the nearby city. Since commuting is expensive, you carpool with three friends who help pay for gas, parking, tolls, and routine maintenance.

One day, a neighbor calls and says that he could use a ride to and from the city every day, as the bus company has cancelled the route he normally takes to work. He can’t afford to pay as much as everybody else, but he’ll help cover gas, tolls, and parking. You and your full paying passengers grudgingly agree. It’s a tight fit in a small car, but doable.

Another neighbor contacts you. She’s heard that you might have room for her as well. Unfortunately, she’s lost her job and is looking for work and can only pay a small fraction of what the others can afford. She’s sure that she’ll find work and can then pay her fair share.

Now it’s really, really cramped in the car. Plus, it soon becomes obvious that the woman is having a hard time finding a job. After a few months, the original four are frustrated by the physical and financial discomfort associated with the extra two people.

At some point something has to give. The last rider is told that she can no longer ride along, and the fifth rider is asked to either pay his fair share or prepare to leave as well.

Fifty years ago, recycling was begun because it was cost effective to recycle newspapers and metal cans. Old Corrugated Containers (OCC) were frequently recycled in retail locations. When plastic packaging came along, it was shoehorned into existing residential systems. Things became very inefficient and complex. Promises and assurances were made, but only two materials, high-density polyethylene (HDPE) and polyethylene terephthalate (PET), began to pull their weight or come close to doing so. And while low-density polyethylene (LDPE), polypropylene (PP), and polystyrene (PS) have strong functional stories to tell, they have not been able to achieve the level of recycling success needed to offset the contamination and logistical problems that they have added to the process.

That’s what the US Plastics Pact, The Association of Plastics Recyclers (APR), and other member companies are now indicating with their recent announcement that they will be phasing out “problem” plastic packaging materials (such as PS), products (plastic cutlery), and additives by 2025. The public (or at least an outspoken part of it) is demanding the reduction or elimination of non-recyclable, single-use plastic applications. The recycling community is tired of collecting, sorting, and removing these items from their processing streams. And consumer packaged goods companies (CPGs) can no longer support the use of these materials — no matter how strong, light, or inexpensive — with consumers.

Who can blame them? There has been little growth in mechanical recycling of plastic packaging for many years, primarily because additional bottle bill legislation has stalled. Non-mechanical recycling (that is, chemical, advanced, or molecular) is not yet capable of scalable efficiency. Many lofty commitments of 25% post-consumer recycled (PCR) usage by 2025 are likely to stall as well.

Given its charter to enhance recycling rates, what choice did the Pact and its members have? The American Chemistry Council (ACC), Plastics Industry Association (PLASTICS), Flexible Packaging Association, Foodservice Packaging Institute, and others can howl all they want at the Pact, but they’re only shooting the messenger.

These associations need to think about something that the global head of packaging at Coca-Cola once told me: “We are not in the packaging business. We are in the refreshment business. We moved away from glass and into PET when the latter proved its superiority. When something better comes along, we’ll probably switch again.”

It’s time for these trade associations and their material producing and converting members to take a hard look in the mirror. As Walt Kelly wrote in a Pogo Earth Day Poster in 1970, “We have met the enemy and he is us.”

Pogo creator Walt Kelly marked the first #EarthDay in 1970 with the creation of this iconic poster. pic.twitter.com/OR3NILQH2i