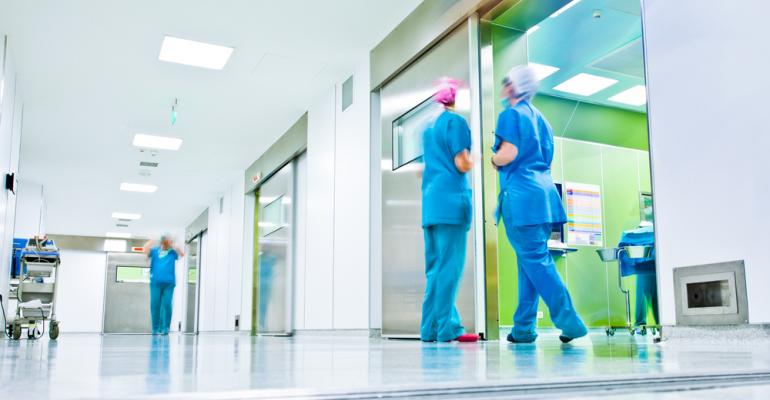 Recycling programs in hospitals are reportedly expanding, but given the amount of waste produced each day, there’s definitely opportunity for improvement. A new program organized by the Healthcare Plastics Recycling Council promises to demonstrate the value of plastics recycling.

U.S. hospitals and healthcare facilities generate significant amounts of waste each day—according to Practice Greenhealth, it’s about 14,000 tons each day. Some of that waste seems to be making its way into recycling streams, because according to the association, 83.6% of it’s award winning hospitals have initiated clinical plastics recycling programs. However, there’s opportunity for further progress, given that a survey Practice Greenhealth conducted last year along with HPRC found that 66% of responding hospitals are recycling 40% or less of what could be recycled.

To further the promotion of recycling, Tod Christenson, HPRC’s executive director, says that the group is announcing a project in Chicago to demonstrate the economic viability of healthcare plastics recycling. Called the “100 Tons Project,” the program aims to recycle 100 tons of noninfectious plastic products and packaging from hospitals. “We are excited to have participants from across the value chain including hospitals, waste transporters, [and] recyclers, and we even [have] an end-user that wants all the polypropylene we can generate,” he explains. “We are going to get that number.”

According to HPRC, initial Chicago-area hospitals participating in the project include Advocate Illinois Masonic Medical Center and NorthShore University HealthSystem Glenbrook, Evanston and Skokie campuses. Other area hospitals are also considering the opportunity to join the project, it was reported at time of press release.

With some recyclers reporting changing demand, I asked Christenson how the drop in oil prices would impact recycling. “It’s a concern, because it changes the basic economics,” he says. “As the price of oil drops, so does the price of virgin resin, so recycled material loses its luster.”

Christenson says he “likes to believe it won’t hinder our efforts. Economics is still a driver for hospitals, but the reality is they are already moving materials, and the cost to hospitals to recycle is minimal. There’s also a strong internal driver from doctors and nurses—there are expectations of their organizations to do something to avoid just throwing all this material away.”

Recycling also plays a significant role in EUROPEN’s Circular Economy Package, announced in December 2015. HPRC is contemplating forming a European chapter to not only leverage its work in the United States, but also get involved in the Circular Economy dialogue in Europe. “We are thinking about how it applies to healthcare plastics,” he says. “It is not waste anymore—it’s thought of as a resource stream. I understand the initiative as taking one person’s waste and making it someone else’s asset.”

The idea is to add value. Sorting plastics waste, for instance, adds value. “And if you go back upstream to design products so that they can more easily be sorted by material type at end-of-use, that adds value, too,” he says. “It’s thinking about the end at the beginning.

“We more and more will be living in a resource-constrained world, so we cannot afford to waste anything,” Christenson says.