Gyre-cleanup project plans to leverage the power of the ocean 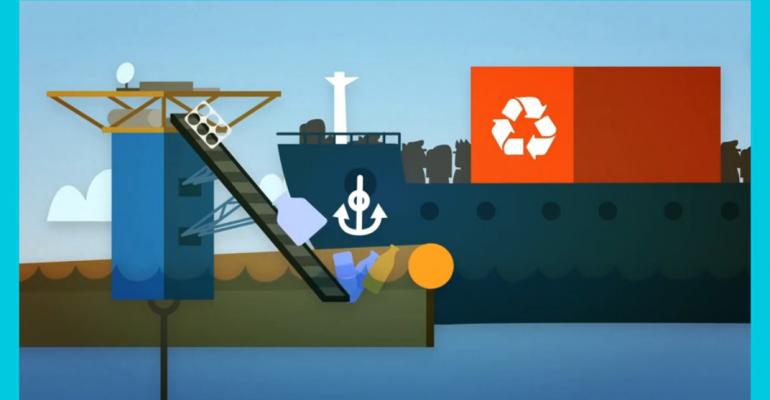 Vetted and deemed "feasible" by scientists and engineers, The Ocean Cleanup project uses the ocean's currents to efficiently collect the waste for recycling.

The sustainable-packaging mantra “reduce, reuse, recycle” is fundamental to controlling the packaging waste stream going forward, but what about plastic waste that’s already in our waterways? That question bothered teenager Boyan Slat so much that he came up with a method for collecting plastic waste from the ocean.

Now 20 years old, Slat masterminded The Ocean Cleanup, a crowd-funded initiative to put barriers in place for the passive collection of debris from the world’s five known gyres. These oceanic systems, the largest of which is also known as the Great Pacific Garbage Patch, are areas where currents converge, concentrating marine pollution.

The Ocean Cleanup foundation estimates that the oceans contain 500,000,000 kilograms of plastic, and that each gyre holds up to millions of pieces of plastic.

These concentrations are intensely harmful to sea life. Greenpeace estimates that each year more than a million seabirds and 100,000 marine mammals and sea turtles die after eating or becoming entangled in ocean-borne plastics. In addition, waste-related toxins transmitted through the food chain pose a risk to human health.

Slat’s solution to these problems is to build solid floating barriers through which ocean currents will naturally move, floating plastic waste into manageable areas. The high-riding barriers will catch plastic waste, which is lighter than water, as sea creatures and organisms move freely through the water below. No nets will be used in the arrays, so entanglement will not be possible.

The cleanup structures will include a conveyor and pump system to transfer collected plastic out of the water. Ships will pick up the waste and transport it back to land for recycling or environmentally responsible disposal. A comprehensive feasibility study, written by 70 engineers and scientists, validated Slat’s concept.

By last September, The Ocean Cleanup foundation had raised the $2 million required to begin building and testing a pilot cleanup array. The pilot phase started in October, and the first array is expected to be operational within a year. While the pilot is being built, the foundation will host a series of expeditions to collect additional oceanographic data.

Click here to view a Prezi Causes presentation about The Ocean Cleanup.

Here’s Why You Should Consider Reusable Transport Packaging
May 27, 2022

Breaking News in Flexible Packaging
May 26, 2022