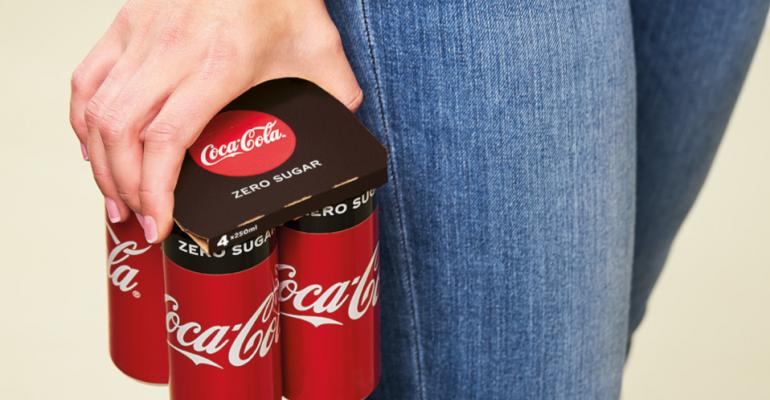 Coca-Cola will use paperboard to hold multiple soda cans together for sale in Europe.

The Coca-Cola Co. has announced yet another sustainable packaging launch for non-alcohol canned drinks in Europe. The company, together with Coca-Cola HBC and Coca-Cola European Partners (CCEP), plans to roll out a streamlined paperboard “topper” for can multipacks in Europe next year.

The KeelClip topper will be used in place of shrink wrap to combine cans in multipacks. Supplied by Graphic Packaging Int’l (GPI), the topper completely covers the can tops and provides a printable surface for brand and product information. (See a video showing the multipacking operation from GPI here.) 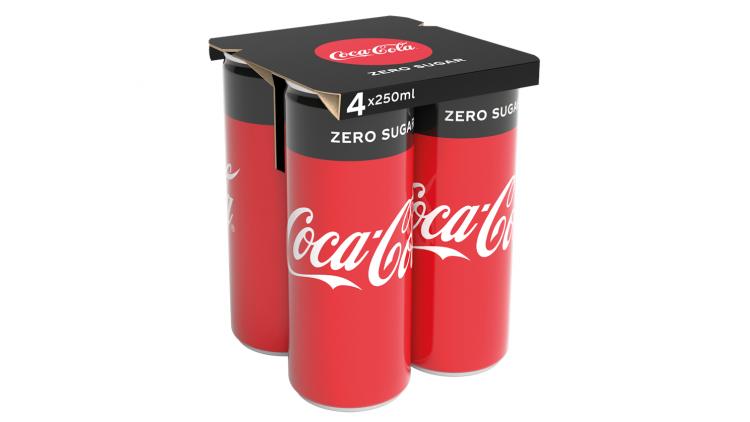 This beverage packaging design reduces plastic waste by substituting recyclable paperboard—a minimal amount of paperboard, at that—for challenging-to-recycle shrink wrap. The KeelClip project aligns with Coca-Cola’s global World Without Waste initiative, whose goal is to collect and recycle a can or bottle for each one Coca-Cola sells by 2030.

Coca-Cola HBC, a leading Coca-Cola bottler, plans to introduce the topper on multipacks sold in Ireland and Poland in early 2020. Austria, Italy, Switzerland and Romania will follow later in the year.

The other partner in the project, CCEP, plans to introduce the paperboard topper in the Netherlands in early 2020, with additional countries to follow. CCEP reports it has invested €14 million in the installation of a new can filling line and KeelClip packaging machine at its Dongen, Netherlands, plant.

Coca-Cola’s application marks the first use of the topper for non-alcohol, ready-to-drink beverages. GPI announced in October 2019 that AB InBev will start using the KeelClip structure for its beer brands, including Bud Light, in March 2020 in the United Kingdom.