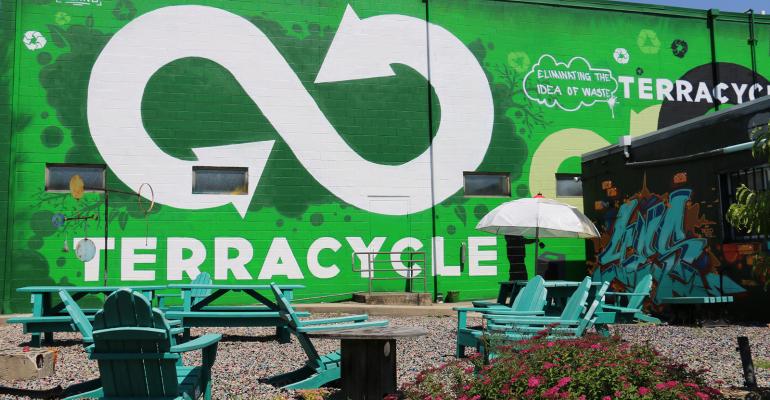 For the first time, the general public can buy stock in the privately-held upcycler TerraCycle.

Not all packages can be recycled through the established infrastructure and options are limited for hard-to-recycle items. That’s one of the reasons the unique business strategy of upcycler TerraCycle has been so successful—that and the innovative vision of entrepreneur and founder Tom Szaky. But now, anyone can capitalize on that success.

On Jan. 17, 2018, TerraCycle US Inc. announced that, for the first time, the general public can buy stock in this privately-held company, which is known for “recycling the unrecyclable.” As qualified by the U.S. Securities and Exchange Commission (SEC), this Regulation A investment opportunity will raise capital to fuel the organization’s growth—by increasing the staff or through acquisitions, for example.

Why do this Reg A offering now?

Szaky: TerraCycle US Inc. has 10 years of track record with the current business model, is profitable, growing and ready to acquire companies. We are raising growth capital. We have had inquiries from many of the millions of participants in our programs if they can invest, but until now, investment in TerraCycle has been limited to “accredited investors” (Regulation D). We haven’t accepted capital into the parent or U.S. company since 2010, but now that we’re open to investment, we decided to take an approach that is open to all investors, small and large.

On the ownterracycle.com website, it says Reg A+. What’s the difference between Reg A and Reg A+?)

Szaky: “A+” is actually a nickname for Regulation A, which is its formal name. People use A+ to refer to Regulation A upon its amendment (and improvement) in 2015.

How has the company raised capital in the past?

Szaky: TerraCycle Inc., the parent company, initially raised funds through a Reg D offering in 2003 and subsequently completed additional rounds of Reg D capital raises to accredited investors between 2004 and 2010.

What might Reg A investments in TerraCycle mean for the recycling markets, which are struggling in today’s challenged environment for recyclables?

Why would the public want to invest in TerraCycle?

First, for the same reasons the public would to invest in any company. We are growing, intend to pay annual dividends (we’re committed to a minimum dividend of 50% of after-tax profits), and ultimately, we expect investors to generate a good return upon the sale of their investment.

Second, with TerraCycle US, investors can grow their capital while financing a company that is uniquely tackling the waste issue in a business context. Many of the country’s largest consumer products manufacturers are our customers. We are changing options for how people discard of their products and packaging. For many investors, there is a focus on both a financial and social/environmental bottom line. We meet both criteria, and on top of that, we’re award winning and highly entrepreneurial. 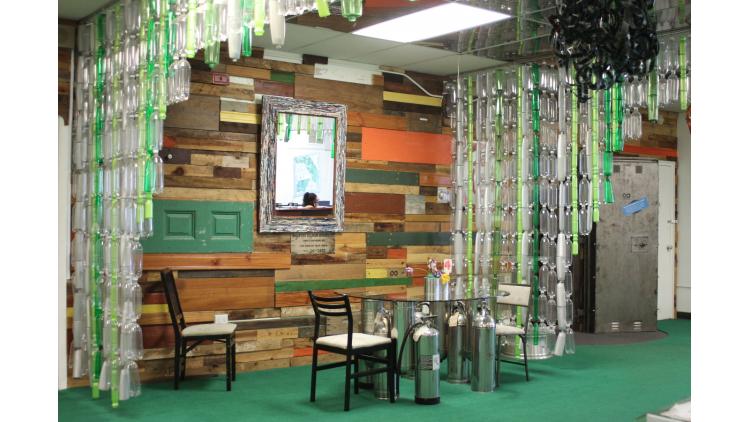 The TerraCycle office reuses many recovered materials, including soda bottles and woods, as decoration.

Reg A sounds like a risk-free way of raising money for a company.

Szaky: No more, and indeed, a lot less, risk free than Reg D. Reg A is regulated by the SEC; it’s quasi-public. All financial statements are audited by independent auditors, and those audits are also reviewed by the SEC. One has to be a lot more cautious in Reg A than in a fully exempt offering to accredited investors, and there are consequences for misstatements or non-compliance with a range of (reasonable) SEC requirements that don’t exist with Reg D.

What’s the benefit for the investor? What do TerraCycle’s Reg A investors get from their investment besides annual dividends and preferred stock?

Szaky: On the surface, that’s it. But that’s all one would get in Reg D, except that, generally, a company doesn’t commit to a minimum percentage dividend, which we are doing in this offering. The stock should increase in value as the company grows top and bottom line, so there are the potential capital gains from the sale of that stock in the future.

What happens to these Reg A investors if TerraCycle does a public offering in the future?

Among the plans are for TerraCycle to acquire related companies and increase staff with the money raised. What happens to the company if the offering doesn’t generate the expected $25 million?

Szaky: The Offering Circular specifically provides for uses of proceeds, and allocation among various uses, for different amounts of capital raised.

Reg A allows companies to remain private, become public or list their shares on an exchange. TerraCycle US Inc. intends to remain a private company. Why?

Szaky: We intend to remain a private company for the foreseeable future. It’s premature for TerraCycle US or its parent company to consider going public. We will consider all options after the company has grown to a more meaningful size.

Does being a Reg A investor entitle people to know more about the private company’s business than non-investors?

Szaky: No, the general public can access the same information that is available to the investors (which is filed with the SEC). The SEC requires that we produce two detailed reports a year, as well as to supply them (and the SEC) with audited financials.

Learn more about investing in TerraCycle US Inc. at www.OwnTerraCycle.com.