The one big missing option in packaging

With all the talk of making packaging biodegradable, compostable, recycled and recyclable, one option seems to have been left out of the party: reusable.Once a commonplace practice–far before green, sustainability, even environmentalism were a part of the mass consciousness–this simple, practical, common sense use of resources occurred in several sectors, milk being the most common. But even beer often included a 1-2 cent rebate for returning bottles (or so my Pop tells me!)

Now it’s barely a part of the conversation. Why is this? Have we become so convenience oriented that having to do anything more than put something in the blue bin is too much effort? 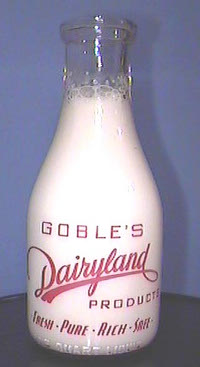 It’s not completely off the map, as milk in returnable glass jars is still practiced by Strauss Family Creamery on a regional basis. Pay a deposit amount for the bottle, get it credited back when you buy the next bottle. Growlers are another example, being large resealable glass bottles of beer you can buy from brewpubs, getting a deal on subsequent refills.

But in both cases, these are locally focused. Could something like this happen on a national level? I can hear you coming up with a ready list of why not. I say to you, why not work around these obstacles, or create a whole new way to make packaging reusable, “repurposable”?

What if you created packaging that was designed to be reused from the start? Think beyond food here. Think beyond glass jars. And think beyond the green motivated. How can you make reusing your packaging as convenient as throwing it away? This has to be considered, as we can’t expect everybody to be motivated by more than their immediate interests. Could a package being designed so it had a second life after the consumer finished with its first use?

To make packaging that is reusable benefits both the environment and a company’s bottom line. How? Less materials needed for new packaging, goodwill and self generated word of mouth publicity, and repeated exposure to your company’s brand.

Could reusable packaging work for your products? Or tell us why not.