Regulating PFAS and Other Chemicals in Packaging 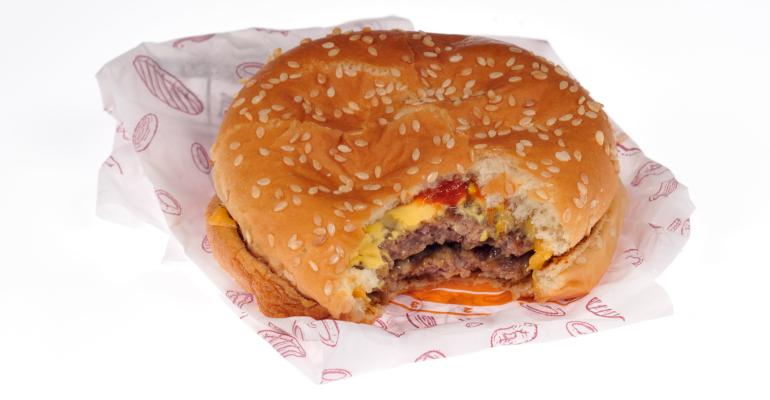 The packaging industry must proactively collaborate to manage growing attention to legislation for chemicals of concern in packaging materials. Here are three things you can do.

The topic of chemical regulation in packaging has been on the radar of policymakers for decades. However, a recent surge in awareness and activism on the safety and sustainability of chemicals in packaging and consumer products, and a demand for safer alternatives, has brought about new bills and laws that the packaging industry must understand.

Activity at the state level.

Although some lawmakers have pushed for federal chemical regulation, activity at the state level has had the most direct impact on the packaging industry. To date, 19 states have adopted laws based on earlier versions of the Toxics in Packaging Clearinghouse (TPCH)’s model legislation, which largely focused on banning intentional use of four heavy metals — lead, cadmium, mercury, and hexavalent chromium — in packaging and packaging components. The model requires manufacturers and suppliers to verify that their products are in compliance.

As recent studies and data on the harmful effects of chemicals on humans and the environment have emerged, TPCH updated the model in February 2021 to add perfluoroalkyl and polyfluoroalkyl substances (PFAS) and ortho-phthalates to the regulated chemicals list, as well as establish new criteria for identifying and regulating additional chemicals of concern in packaging.

PFAS in particular have gained a lot of attention because their chemistry was developed to keep them from breaking down; they have now been found throughout our ecosystem and are often referred to as “forever” chemicals. Phthalates first came under scrutiny in the early to mid-2000s due to concerns about their use in children’s products but then fell off the radar for several years. However, as states look to the expansion of the model law and evaluate how their existing laws are operating, greater attention will be paid to how these and other chemicals are regulated.

Currently, 137 state bills aim to ban PFAS, and the language in these bills is evolving to ban the entire class of PFAS chemicals. Phthalates have garnered less interest but have been attached to several model food packaging laws. Two states — Maine and Vermont — have laws that ban intentionally introduced amounts of phthalates in food packaging, which includes packaging that contains a food or beverage product, and plastic disposable gloves. 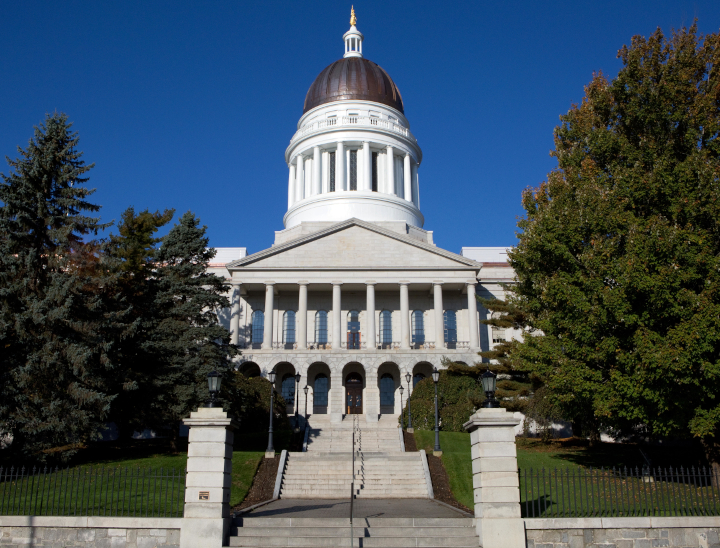 Maine is a bellwether state for legislation around chemicals of concern in packaging.

In general, Maine and Washington appear to be bellwethers for regulated chemicals legislation. In Maine, a 2019 law prohibits phthalates and PFAS in food packaging; it also mandates the state’s Department of Environmental Protection (DEP) to publish a list of chemicals of high concern in food packaging for reporting of use above a de minimis level. The law also directs DEP to establish a list of safer alternatives, which is pending. Further rulemaking is necessary for the mandates to become fully implemented and enforceable.

Washington State now has a law banning PFAS in food packaging. As in Maine, the state’s Department of Ecology was required to publish a safer alternatives assessment and did that in January 2022. Findings concluded that safer alternatives are available for wraps and liners, plates, food boats, and pizza boxes, thus banning PFAS in those product categories as of February 1, 2023. The department did not find sufficient information on alternatives in other categories, such as bags and sleeves, trays, clamshells, and more. It is likely this alternative assessment will inform Maine’s rulemaking as well.

Activity at the federal level.

At the federal level, chemical regulation has gained significant attention and bipartisan support, much of which went into the 2016 amendment of the Toxic Substances Control Act (TSCA). While the reform did not achieve its intention of uniformity for chemical law across all 50 states, it did vest significant authority to the U.S. Environmental Protection Agency (EPA) for food contact packaging. Earlier this year, we saw this manifest in the agency’s sweeping PFAS action plan, part of a comprehensive strategy from the Biden Administration to address PFAS in consumer products and industrial applications.

Another example is a provision added to the National Defense Authorization Act of 2020. It would require all manufacturers, including importers, of articles to report to the EPA on their use of PFAS in products and components dating back to 2011. The proposed rule has gained attention because articles have been included in the reporting. A final rule, which should address guidance on the lookback period, is likely to be delivered this year.

During a recent webinar for AMERIPEN members, experts and participants began a dialogue on the need for a proactive strategy to manage concerns about chemicals in packaging and how the industry can work collectively for a common approach. Here are three takeaways:

1. Expect uptick in enforcement: To date, enforcement for toxics in packaging law has been scarce to nonexistent for a number of reasons. However, now is the time to examine your organization’s procedures and paperwork. As states’ rulemaking becomes more defined and reporting mandates take effect, it will be increasingly important to have a strong chain of command and proper supply chain documentation indicating compliance or monitoring.

[UPDATED 5-20-22: At the federal level, as previously mentioned, the current administration has an aggressive agenda to target PFAS, making the potential for reporting to the EPA as early as next year a distinct possibility as well. As for phthalates, the US Food and Drug Administration (FDA) recently denied petitions to limit the compounds in fast-food packaging. However, it is possible that TPCH and individual states may choose to enforce a ban independently.]

It’s worth considering third-party verification/certification and hazard assessments, which can help simplify the complexity for purchasers and provides manufacturers with incentives for disclosing chemicals in products. Using such tools helps maintain confidentiality and avoid regrettable substitutions, while also helping to strive for compliance with requirements and expectations from policymakers, enforcement agencies, suppliers, customers, and consumers.

2. Anticipate reporting beyond PFAS and phthalates: States, NGOs, consumer protection groups, and other organizations are developing lists of chemicals and items of concern that include far more than PFAS and phthalates. They call for industry attention. For example, the U.S. Plastics Pack recently drafted a list of 11 materials to be eliminated by 2025. It encompasses more than just chemicals and offer some insight into resins and other additives packaging manufacturers and brand owners may want to watch. And, following additional rulemaking, the expanded new law in Maine calls for reporting of chemicals of high concern in food packaging, including many bisphenols as well as 4-octyl phenol, styrene, benzene, methylenedianiline, and more.

While global harmonization of regulations may be difficult to achieve at present, proactive compliance will be vital for companies selling in multiple markets, as actions in Europe tend to inform federal, and more likely state, bills in the United States.

3. Monitor EPR bills. Concerns around toxics in packaging are beginning to show up as part of extended producer responsibility (EPR) bills, either in the form of a prohibited list of chemicals or as an economic penalty to the producer. AMERIPEN has advocated that chemical regulation and EPR are two distinct issues that warrant separate consideration. However, because these chemicals sometimes create challenges for recycling, we expect to see regulation tied to future design for recycling conversations.

AMERIPEN will continue to monitor, actively engage in legislative discussion, and educate its members on chemicals in packaging legislation as an important and rapidly emerging issue.