Is This Restaurant's Packaging Sustainable? There’s an App for That 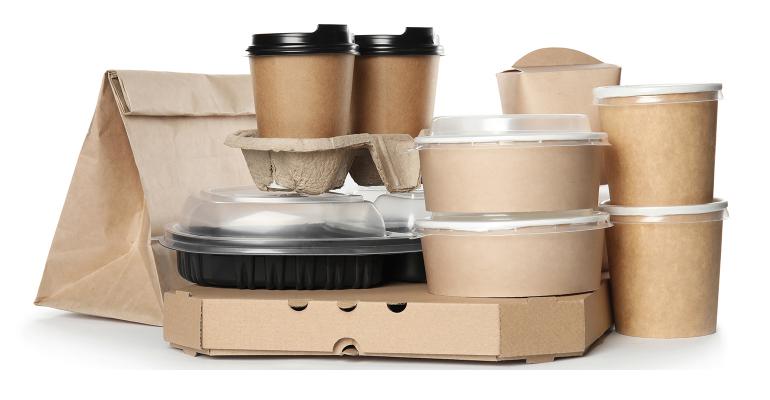 From Amazon to Consumer Reports to Yelp and dozens of others, consumers find value in reviews and ratings. Add to that growing list Jybe, “the first-ever sustainability app that connects diners to restaurants using Earth-friendly packaging”.

Jybe is available as a web application for restaurants in select US metropolitan areas including, as of May 17, New York City. The expansion is part of the LA-based start-up’s “mission to help solve our very real single-use plastic crisis.”

Jybe’s app leverages user reviews to rate restaurants’ use of packaging material based on a “Turtle score,” a proprietary standard that prioritizes specific sustainable materials such as paper, aluminum, glass, and renewables such as bamboo and birch. Jybe also works directly with restaurants through restaurant partnership initiatives.

Jybe has four cofounders including CEO Alison Diamond, who responds to our questions. 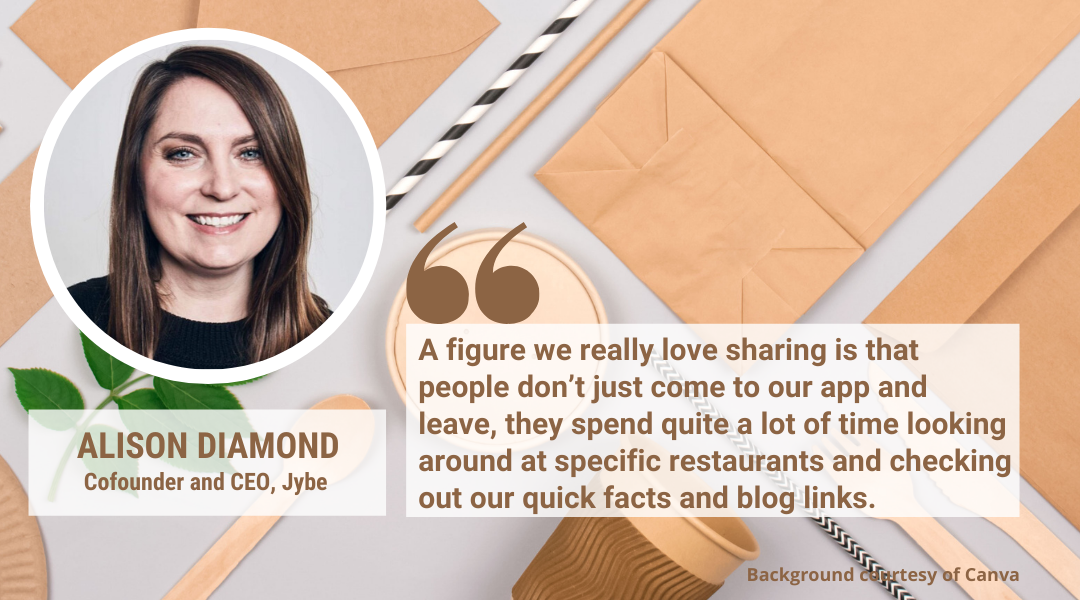 When was Jybe launched and what’s the status?

Diamond: We launched our app in the Fall of 2020 in Los Angeles and San Francisco. By the end of 2020 we were live in Seattle, Portland, Denver, Boulder, and Austin. We currently have more than 4,800 restaurant reviews from nearly 3,000 unique restaurants and counting. A figure we really love sharing is that people don’t just come to our app and leave, they spend quite a lot of time looking around at specific restaurants and checking out our quick facts and blog links. Our average session duration is just under 4 minutes which is a sure sign that people care and are invested in doing the right thing.

Quickly after we launched, Goop’s Sustainability Editor said she was “over the moon” when she heard about our concept.

Is this akin to Yelp, except that it’s sustainable packaging-centric and provides a simple indicator?

Diamond: Similar in that it’s user-generated feedback over a continuous period so multiple reviews come in for the same place and we can see what’s happening over time. Different in that Yelp reviews are subjective, based on the diners’ perception of the service and food quality. Yelp readers choose for themselves which reviews to trust. In our case, the review is objective — we need to know the same information from everyone to provide an apples-to-apples comparison. 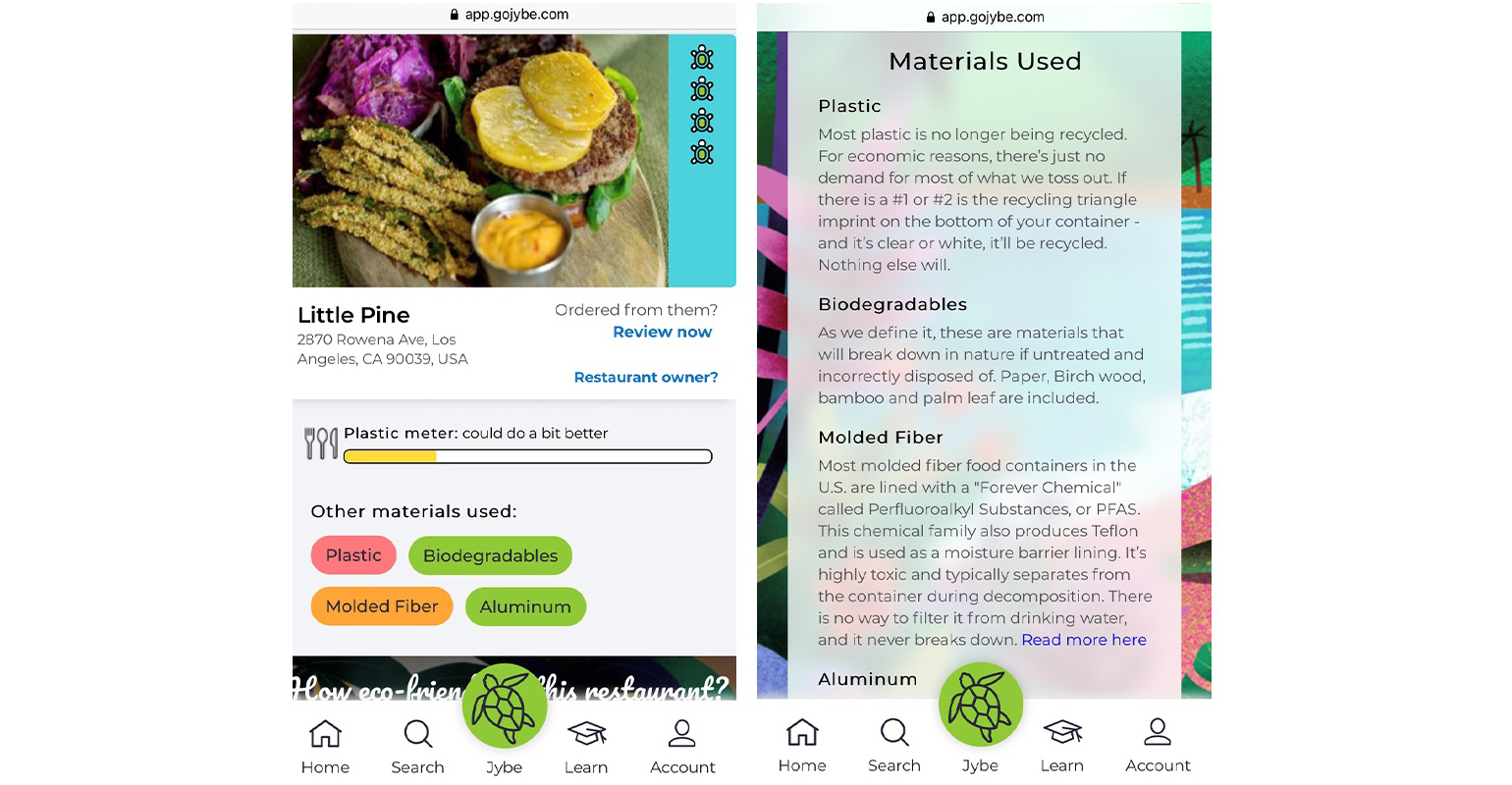 Jybe's summary review of Little Pine, a restaurant in Los Angeles. Two screen captures from the app were combined.

Diamond: We include a variety of QSR chains in our ratings so users can see some of the differences between them. Our ability to influence the materials used by those large chains will require an equally broad-based response from their customers. However, we would consider it a huge win if we could get a regional or national player to stop using single-use plastic when there’s a completely sustainable and viable alternative.

What packaging is evaluated?

Diamond: We evaluate the entire order based on the kinds of materials used, but we also deduct additional points if the diner receives utensils they didn’t request.  We ask our users if their order included any Styrofoam [expanded polystyrene, EPS] or bioplastic, which we judge harshly. We also ask for a general assessment of what percentage of their materials were plastic — their responses are recorded in quarter increments, so they can say 25% or 50%, for instance. We double-check that assessment by asking everyone to submit a photo of their order before they eat.

At that point, we know whether the worst-case materials were used (polystyrene and polylactic acid, PLA), how much overall plastic was used, whether the kitchen bothered to look at the order to see if they could skip the utensils, if the drinks are served in plastic bottles versus aluminum cans, and if the whole thing was sent out in a plastic sack or paper bag. While we don’t offer a narrative comment, we do include an infographic that shows which materials or behaviors were noted for the score.

Tell us more about the metrics behind the Turtle score.

Diamond: We wish there were some industry standards for this field but, finding none, we set out to create a system we’d love to see used industrywide. Our Turtle score is a proprietary measurement that we developed by mock-rating hundreds of different orders among different cuisines at different mealtimes.

What can users learn about a restaurant before dining and what input can they provide after dining?

Diamond: Most of our users tend to fall into two groups: quick deciders who want to order from a mindful restaurant and just need some light guidance, and deep deciders who really want to understand how restaurants go about preparing a takeout order.

For quick deciders, they can filter their searches — either by location or cuisine — so they only see high-scoring restaurants, and we’ll only show them restaurants earning 3 or 4 Turtles. For people who are more specific, they can review our detailed analysis that shows how a restaurant got their high score. For instance, one place may use all paper or aluminum materials, whereas another may partner with a closed-loop reusables service. If that distinction matters to them, their decision is well-informed.

To gather the information, we have a ratings button on the app that brings the user to a four-question survey and asks them to upload a photo of their order. We’ve only had to toss out a few photos from the thousands of reviews we’ve received, so it’s been an effective system.

Consumers may not be the best-informed judges of packaging at times. Is there help in the app?

Diamond: We truly considered that as we developed our algorithm and worked hard to make it foolproof. The only part of our survey that opens the door to a subjective decision is assessing the percentage of plastic used overall — the containers, drinks, utensils, bag, etc. We occasionally correct those answers based on what we clearly see in the photo. But more than anything, we attribute the occasional variation to people being so accustomed to seeing plastic used in every aspect of their routines that they sometimes stop noticing it.

One example is a review we received where all the dishes were sent out in polyethylene tubs with a black bottom and an opaque lid. The reviewer confidently reported that half the packaging was plastic — referring to the opaque lids. They didn’t even process that the tub itself was plastic. We corrected it.

Jybe is proactive in initiating change at restaurants…what’s the motivation?

Diamond: Jybe was founded by four friends who are deeply distressed by the amount of single-use plastic waste that is flowing into our environment at a relentless pace. Your readership is aware of the statistics and could probably do a better job than us of relaying the data. Between the plastic decomposing in our oceans, suspended in our air and accumulating in our food chains, Earth’s environment is no longer the same as the one people experienced just one generation ago.

Regrettably, it will never be that way again because plastic never goes away, it just gets smaller and more invasive.

People need to eat, and takeout has been vital to coping with Covid — let alone our busy lives. We’re not suggesting there’s anything wrong with to-go food, we’re saying we can’t keep eating tens or hundreds of millions of meals per day from single-use plastic containers that last for 500-1,000 years after their contents are consumed. We all know the recycling system for plastic is functioning at a fraction of the efficiency we need, and the economics mean there’s no incentive to invest in it at-scale.

What are Jybe’s best practices for restaurant packaging?

Diamond: We have a program called Provider Playbook that we offer to all restaurants interested in moving toward better packaging. We list all the common plastic materials you generally find in a restaurant takeout operation alongside their sustainable equivalents and with price comparisons. In general, sustainable alternatives are the same price or a tad lower for a vast majority of products. The restaurant can either go ahead and order through links we provide or ask us for samples first. We’ll send them a one-day supply to put through their paces.

Among those recommendations are containers made from kraft paper/cardboard, aluminum, and glass, as well as renewable materials made from bamboo or birch wood. Everything a restaurant could need is available in one of those materials. We would like to be able to recommend molded fiber, but we’re disturbed by the use of PFAS (per- and polyfluoroalkyl substances) coatings and need to see better labeling that clearly identifies which brands are unlined before we’ll take that step. 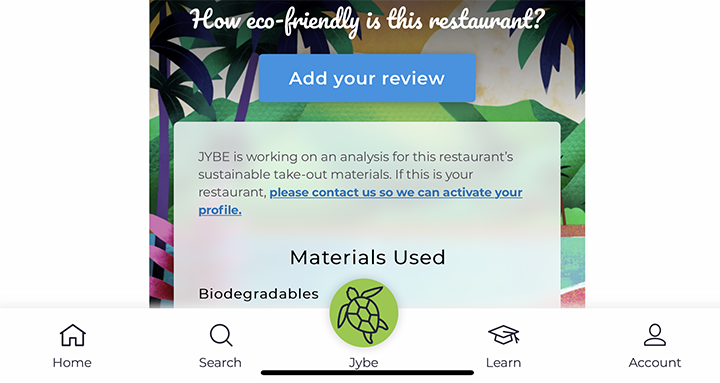 What do you see as viable alternatives to single-use plastics?

Diamond: We take an approach we call “reverse triage”; basically, which materials will do the least-worst damage when you consider all the factors that go into manufacturing and disposing of them. We prioritize materials that are truly recyclable like aluminum and glass, which are endlessly renewable and have viable economics that make them lucrative to process. If those materials are improperly discarded, they pose much less risk to the environment than plastic. We prioritize paper and cardboard for similar reasons. They are generally recyclable if not soiled and will biodegrade relatively quickly. And likewise, they pose little risk to the environment if they don’t end up in our waste system.

We like bamboo and birch utensils because they are highly renewable and are essentially yard waste after disposal.

Closed-loop renewables services are increasingly coming into the market and developing systems for subscription takeout materials. It’s early days yet, but the services are learning what works and what doesn’t, and it won’t be long before public interest tips them over that key 15% acceptance threshold.

How is the app monetized?

Diamond: As far as monetizing the app, we’re in our growth and expansion mode right now and more focused on extending our footprint. The eco-sector of consumers is pretty activist with its spending practices, so we’re confident that we’ll have many opportunities to positively interact with them.

Diamond: This problem has been developing for a long time and no one should be surprised the market is responding with all sorts of solutions. We believe, by the end of this decade, public sentiment and government regulation will dramatically change how prepared food is packaged. Manufacturers and retailers that position themselves to lead this business opportunity will be rewarded for their first-mover status.

As they say, the genie is out of the bottle on this one. People are increasingly aware of — and horrified by — the ocean plastic gyres, the marine life washing ashore caught in or gorged on plastic waste, and the rising numbers of news stories about plastic in our water supply and food. At some point a backlash will deeply root and brands associated with the solution will be elevated, while brands that prefer to dig in will become obsolete.