The sustainable packaging landscape: A decade in review 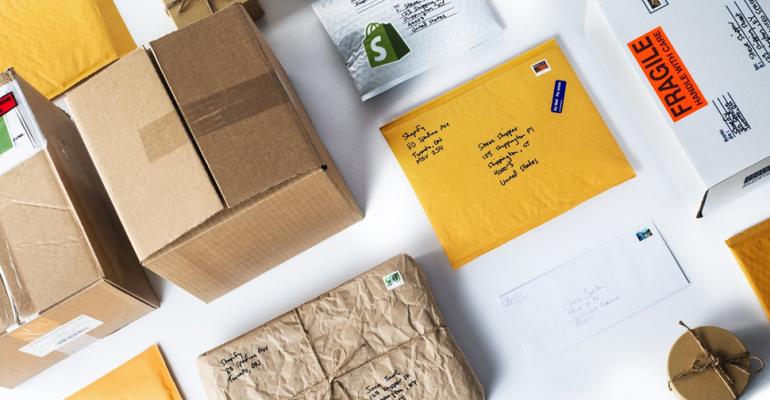 This year marks the end of an incredibly eventful decade on so many levels. Thought-leader Nina Goodrich breaks down the sustainability advancements and challenges packaging professionals have experienced in the last decade, year by year.

The world of sustainable packaging has definitely changed over the last 10 years. Here’s how.

However, the concept of “sustainability” was still fairly limited in its scope. And while corporate sustainability goals existed, they were typically centered around energy, water, transportation, and waste, with very few companies having specific goals for sustainable packaging.

At the time, limited life-cycle analysis (LCAs) were used to compare one material to another, debates ranged on whose LCA was better, and brands started to learn where their impacts existed in the value stream.

New learnings enlightened us about things like how washing our clothes in cold water can make a big difference (though we didn’t learn about the microfibers associated with washing our clothes until much later). We also learned that the environmental footprint of the package is usually much smaller than the product, so reducing the package to the point of reducing shelf life or increasing product damage was not a sustainable choice.

With a small core group of members, the Sustainable Packaging Coalition launched the How2Recycle* program in 2012, first in the U.S. and then in Canada. This standardized labeling system clearly communicates recycling instructions to the public.

The Closed Loop Fund was announced in 2014 to create economic value for cities by increasing recycling rates. The Recycling Partnership was launched in early 2015 from the Curbside Value Partnership. Both of these initiatives were a response to a growing understanding that recycling is not free and does not pay for itself.

The U.S. has not kept pace with investing in recycling infrastructure. The topic of the evolving ton was discussed; newsprint disappeared and bottles got lighter. The lightweight plastic bottles meant more had to be collected to get the same amount of resin. The value of the materials entering a material recovery facility was changing; mixed paper and corrugated board became the volume value drivers for the facilities. Additionally, while February 2013 marked the launch of China’s Green Fence initiative, it would take a few years for its impacts to be felt in North America.

In 2015, the Ellen MacArthur Foundation’s New Plastic Economy project launched, and the Ocean Conservancy released its first report on plastic in the ocean in Science magazine in February followed by a report named Stemming the Tide in September. The report stated that five countries were responsible for most of the plastic in the ocean, with at least 80% of that waste entering the ocean from land-based sources rather than from ships or other ocean-based sources.

We also learned that rivers were a significant conduit for plastic to the ocean. Seizing upon these statistics, many in the U.S. pointed to Asia as the cause of the problem without stopping to think that the U.S. and other Western countries were still sending a huge amount of plastics with the resin ID codes of 3 to 7 to China. With China consuming so much of the world’s recyclables, there was little incentive to control contamination in the recycling stream, which would drastically change in the following years.

In 2016, the Sustainable Packaging Coalition released its Centralized Study on the Availability of Recycling to create support for the rapidly growing How2Recycle label. The study looked at the types of packaging accepted in American recycling programs and the accessibility of those programs.

It was clear from the report that only half of Americans had access to recycling that was equal in convenience to the access they had for trash, meaning many people had to pay extra for recycling services or use drop-off sites in their communities. The SPC and The Recycling Partnership started their collaborative project, Applying Systems Thinking to Recycling (ASTRX), to provide resources for building a stronger American recycling industry.

In 2016, ReFed released its report A Roadmap to Reduce U.S. Food Waste by 20 Percent, revealing that Americans waste 63 million tons of food a year and highlighting the water, cropland and fertilizer that wasted food consumes. Attention was brought to the fact that most food waste ends up in landfills where it creates methane, a greenhouse gas 25 times more potent than carbon dioxide, and 85% of food waste occurs downstream in consumer-facing businesses and in our homes.

2017 was a turning point for sustainable packaging as public attention to environmental issues continued to increase. Documentaries like Blue Planet II and National Geographic’s “Planet or Plastic” campaign put more information about marine plastic pollution in the hands of consumers, and industry felt mounting pressure to create solutions.

Meanwhile, China proposed a ban on post-consumer plastics, unsorted mixed paper and textiles. In mid-July 2017, China started to shut down many small, poorly run recycling factories without proper pollution controls. These new Chinese import regulations started to impact the U.S. in 2018: Commodity material prices fell as the major market disappeared, but the supply didn’t change. Communities still had the same amount of materials to sell, now with nowhere to turn. In a normal supply-and\-demand situation, the supply might adjust. But in this case, the supply was the same and prices crashed for many recyclables, both paper and plastic.

The U.S. reacted and started to build capacity to process recyclables at home and Chinese companies started investing in the U.S. paper and plastics recycling. It is thought that investment in the capacity to recycle at home will eventually restore some of the value of recycled materials.

Many municipalities relied on revenue from the materials to help offset the cost of collection and sortation programs. This revenue disappeared. Two drivers—plastic in the ocean and China’s refusal to take the world’s recyclable materials—has significantly transformed the industry. Exports shifted to other countries, but several quickly became overwhelmed, and they, too, announced restrictions on importing recyclables.

In 2017, Walmart announced Project Gigaton, an ambitious project to remove a gigaton of greenhouse gas emissions from its supply chain, with packaging being one of the six targeted pillars of the project. Walmart also released the first generation of a packaging playbook designed to help brands and suppliers navigate design-for-recycling considerations. Support for the How2Recycle label surged with endorsements from both Walmart and Target—retailers had become significant change agents for sustainable packaging.

The circular economy began to gain significant momentum as circularity became a goal for packaging.

2018 brought recognition that circularity would be easier for some materials than others. Corporate goals for recycled content started to exceed the available supply. The Ellen MacArthur Foundation started to gain traction with concepts around elimination of unnecessary plastic and the development of re-use models. They launched their Global Commitment in October 2018 with more than 290 signatories.

The Ellen MacArthur Foundation also created country-specific initiatives called Plastics Pacts—national networks of stakeholders working on a circular economy for plastics. The first Plastics Pact launched in the UK, with French and Chilean Plastics Pacts following. Many communities started to take action against plastics as some plastics were banned and there were bans on banning bans.

2019 brought recognition from resin suppliers that recycled content would be a key future component to their business strategy. Resin companies began to purchase mechanical recyclers. Chemical recycling has been discussed as an opportunity for difficult-to-recycle polyolefins and flexible film. Corporations increased their voluntary commitments and large sums of money were pledged to new initiatives like Closed Loop Ocean (now called Circulate Capital) and The Alliance to End Plastic Waste.

The SPC published its Goals Database in January 2019, which catalogued and organized the sustainable packaging goals and commitments from nearly 100 brand owners and retailers.

The Design for Recycled Content Guide was also written by the SPC to provide brands and suppliers with a guide for incorporating recycled content in packaging.

In addition, the SPC debuted a new event, SPC Engage, to take a deep dive into corporate goals and enable action. Collective corporate voluntary commitments around reusable, recyclable or compostable packaging are rising. SPC Impact gathered more than 750 attendees in Seattle in April to discuss stepping up the pace in the packaging evolution to champion change.

Predictions for the 2020s

What is next? My hope is that we can harness our collective momentum and build a recovery system we are proud of—one that will provide collection for all materials, recover mechanically what we can and create additional pathways for harder to recycle materials that result in building blocks for new materials. These building blocks will be able to flow into a variety of industrial materials, with packaging being one of many options.

I hope we recognize how collectively investing in recycling is a model for additional challenges, such as microplastic pollution and food waste.

We need to stop pointing fingers and recognize the only way forward is collaborative action.

We need to remember that the biggest threat to humanity is climate change, and that we are capable of working together to preserve our oceans and our earth for generations to come.

*How2Recycle is a project of the Sustainable Packaging Coalition, a membership-based group that brings together business, educational institutions, and government agencies to collectively broaden the understanding of packaging sustainability and develop meaningful improvements for packaging solutions.