Sustainable Thinking Requires Both Relative and Absolute Views of Reality 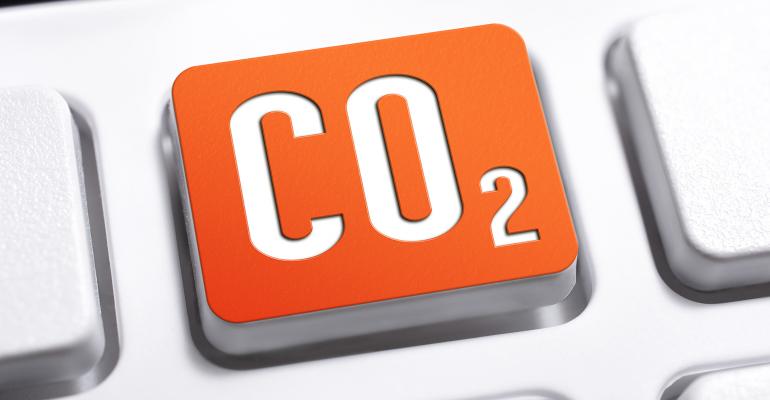 To understand the impact of microplastics in the ocean and carbon dioxide in the atmosphere, we need to consider the relative and absolute impacts of plastic production, use, disposal, and reuse.

When it comes to marine debris, statistics indicate that consumer-based microplastics (household packaging and pellets) are actually a very small percentage of ocean litter (about 2.3%). Thus, some pundits have declared that we should be spending our time on the bigger picture — debris from washing textiles and erosion of tires, rather than worrying about the little bit of debris that consumer-based microplastics represent. Their argument goes on to state that even if animals — including fish and other marine life and humans — do ingest these materials, there is no proof of their negative impact.

Similarly, when it comes to climate change, there is an outspoken group of oil and gas personnel who state that we are actually in a carbon dioxide drought! They feel we need even more atmospheric CO2 to ensure vigorous plant growth. Their thinking is that CO2 represents only 0.04% of atmospheric gases, or 412 ppm, and that we can go to 1,000 ppm. Even then, they don’t believe that we’ll see any significant negative impact on humans or the environment.

It’s certainly true that packaging-based microplastics represent a small part of the microplastic universe, and that carbon dioxide represents a fraction of the volume of gases in the atmosphere.

But are those arguments strong enough by themselves to dissuade us of their potential to create significant environmental damage?

Let’s pretend that rather than eating or breathing microplastics, you go to a bar and watch the hometown Chicago Bears play Tampa Bay. During the second half, you pound down four beers. Your blood alcohol level is now about 0.8%, and you’re legally drunk. The percentage of your body weight that is made up of alcohol is around 0.011%. That’s nothing! You can still see the TV…sort of.

The game ends in a tie, and your excitement leads you to have two more beers in the next 30 or so minutes of OT before Brady finishes you off. Your blood alcohol level is now about 2.2, or 0.016% (sixteen thousands of 1%) of your body weight. Geez, that’s not so much! Yet, the next thing you know, you’re in the ER with alcohol poisoning.

Insights from a global warming expert.

Now, let’s consider the relative impact of CO2. I spoke with Dr. Spencer Weart, retired Director of the Center for History of Physics, American Institute of Physics, and author of The Discovery of Global Warming (Harvard University Press, 2008). I asked him to explain how a small percentage of carbon dioxide in the atmosphere could generate such a big impact on the global climate.

While his answer is a bit complex, his last line (in italics below), sums it up nicely:

“The CO2 (water, methane, etc.) molecules do not act as the main locus of heating, they are more like catalysts. An infrared photon strikes the molecule and excites  one of its rotational-vibrational modes...not much energy absorbed. Sometime the molecule gives up the energy in a collision and it's transformed into kinetic energy,  so that level of the atmosphere heats up slightly...but this is trivial.

“The important process is what usually happens: the mode falls back to its ground state, re-emitting the energy as a new infrared photon. This is important when, as is often the case, the original photon was radiated up from Earth's surface and was intercepted instead of escaping into space. The new photon can be emitted in any direction, and nearly half the time it will be sent right back down to the surface. So instead of escaping into space, the energy is absorbed back on the surface. Which therefore gets warmer. In other words, greenhouse heating doesn't happen in the CO2, it happens in dirt and seawater.

This shows why it doesn't matter that the CO2 is only a tiny fraction of the atmosphere. A sheet of aluminum foil is very thin but can totally reflect a beam of light. Similarly, the CO2 and other molecules act to reflect energy back to the surface.”

So, although carbon dioxide currently represents only 0.04% of atmospheric gases, that amount (or the addition of significantly more) could generate a climate in which we would certainly have more foliage. However, it would also be one in which it might be too hot for mammals like us to exist in large numbers or in large parts of the globe.

Here’s the takeaway: Knowing the relative amount of a material found in a specific setting is important, and usually represents the first step in getting at its potential to cause systematic changes. However, it’s not the only step. Understanding the potential impact of the absolute amount of that material is just as meaningful, if not more so.