Is there zero chance to reach zero waste? 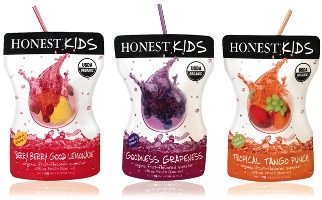 TerraCycle loves to find recycling opportunities in strange places, and we’ve been largely consumer-facing since we launched the Drink Pouch Brigade with Capri Sun and Honest Kids in 2007. Our business-to-consumer programs have been successful for such varied groups (including schools, churches, offices, and even individuals) that we didn’t start delving into business-to-business programs until last year.

We launched a program with Kimberly Clark Professional to collect their cleanroom garments as well as hoods, boots, and slippers. We’ve recently introduced a pilot program to collect nitrile gloves, and have been testing those collections at one of the collecting locations at Life Technologies. With the recent success of this program and pilot program, it dawned on me that while TerraCycle has always talked about and publicized consumer facing programs and consumer facing recycling, there is opportunity for an even larger recycling impact with business to business programs.

The waste produced by billion dollar manufacturing and research industries dwarfs the amount of waste produced in a small neighborhood. According to the Gasification Technologies Council, American manufacturers produce 7.6 billion tons of industrial in just one year. Construction, road projects, housing projects and the like aren’t even included in that number; those activities produce 136 million tons in one year.

Companies such as Subaru have already instituted effective zero-waste programs; their Indiana manufacturing plant diverts more than 90 percent of waste produced. They partner with other companies to take away the waste produced from their business, such as paint sludge, which is dried into a powder and then mixed into compounds that make guardrail blocks and parking lot bumpers.

The chemicals that come out of those factories seem to me to be more harmful than the food packaging that is coming out of individual homes. Both are incredibly important, but considering the lack of movement in business to business recycling so far, the potential is huge. The question for those of us in the packaging industry is where can we make these business-to-business programs work in packaging?

I think there are a variety of places we can look here. If a piece of packaging can be made from another’s waste, there is no excuse for us to not be using it. If there’s a byproduct from packaging that we produce that can be towards what another manufacturer needs, we should be setting up a system to harness what could be potentially useful. Recycling in the packaging world isn’t just about what consumers do with the packaging when they’ve finished sipping their juice or eating their chips, and it’s not just about where we get the materials to make the packaging (new or recycled). It’s also about the other details, and the recycling we can do where people least expect it.
.