Almost half of U.S. households have access to carton recycling 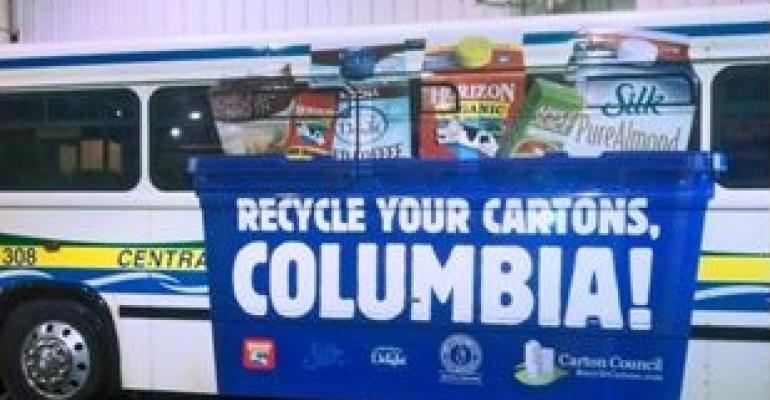 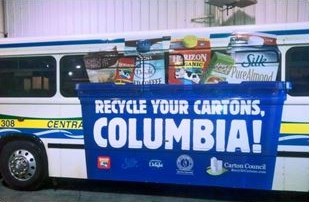 Two thousand and thirteen marked a year of significant expansion of carton recycling. Thanks to collaborative industry efforts and support from communities nationwide, 48 percent of U.S. households now have access to carton recycling. Meeting the Carton Council of North America's goals for 2013, access increased by 16.4 percent and expanded from 43 to 45 U.S. states.

The Carton Council, a group of carton manufacturers united to deliver long-term collaborative solutions in order to divert valuable cartons from the landfill, credits this exceptional growth to voluntary private and public collaboration that includes industry companies and organizations, recycling facilities and local governments. Since 2009, the Carton Council has focused efforts on building infrastructure and improving access to carton recycling nationwide. At that time, just 18 percent of U.S. households had access to carton recycling. Currently, 56.1 million U.S. households have access to recycle cartons.

"We are proud of the progress made in 2013," says Jason Pelz, vp, environment, Tetra Pak North America, and vp of recycling projects for the Carton Council of North America. "Carton recycling access has increased 160 percent in just four years. School-aged children are learning about the importance of recycling their milk and juice cartons as part of their larger contribution to the environment, and are then taking these lessons home to their parents. Citizens, who are buying more food and drinks in cartons than ever before, now have more ways to recycle these containers. Communities are treating cartons as ‘must recycle' items. All of these are examples of the huge strides made, working together in a collaborative way."

A number of large-sized communities added carton recycling in 2013, including Tampa, FL.; Memphis, TN; and Columbus, OH. In total, 7.9 million households gained access in 2013. As more communities have expanded their recycling programs to include cartons, the Carton Council has also launched a series of comprehensive public education campaigns to get the word out to local residents. The campaigns have included direct mail, television public service announcements, advertisements in local newspapers, and community event outreach, along with online digital ads and social media activities.

"We expect access to continue to expand in 2014 as more recycling and waste management industry professionals, as well as local governments, recognize the value of cartons and the ease by which they can be added to their community's recycling program." Pelz says. "We also want to make more Americans aware that cartons are recyclable and will continue our efforts on broadening awareness in 2014."

Additionally, the industry has been taking notice of the strides made to improve access to carton recycling:

• In August, the California Product Stewardship Council (CPSC) awarded the Carton Council with the 2013 Bow and Arrow Award for Coalition Building to recognize efforts in building strong, effective partnerships not only between competitors in carton manufacturing, but also across the entire recycling supply chain with recycling professionals, sorting facilities and paper mills.

• The Carton Council was also recognized by the State of Texas Alliance for Recycling (STAR) in November with its 2013 Outstanding Recycling Partnership Award.

Made mainly from paper, a renewable resource, lightweight and compact in design and with a low carbon footprint, cartons have proven to be a sustainable packaging solution that is growing in use for a variety of liquid and food products. Including cartons as an accepted material in every curbside recycling program offers a better, more cost-efficient option than other proposed recovery solutions.

The Carton Council currently has a campaign designed to help counties and municipalities, as well as recyclers, bring carton recycling to their residents. For more information, visit www.CartonOpportunities.org.