Blog: Thinking inside the box? 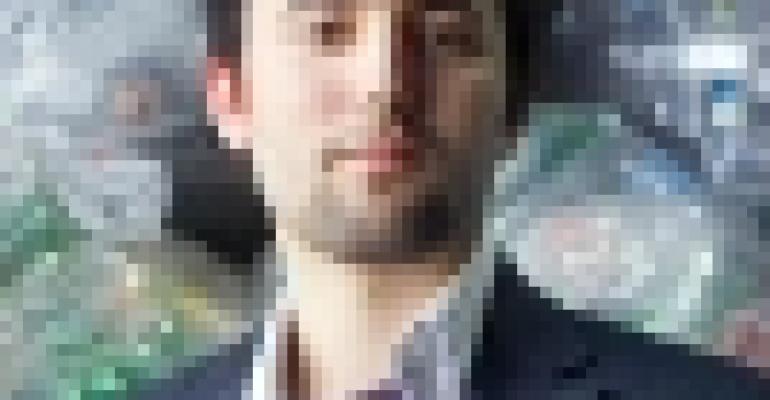 Boxed beverages, like juice-boxes, have been around since the mid-60s. Children have been drinking juice out of cardboard squares lined with plastic or aluminum for years. This hybrid, multi-layer construction makes recycli

ng the ubiquitous boxed beverage nearly impossible at least for traditional recyclers. The problem is compounded by the growing trend of packaging a wide variety of beverages into cardboard boxes—wines, lemonades, ice teas, and even water can now be found in cardboard boxes as well. It is not just the liquids and beverages that are changing, but the packaging itself.

A wider trend of using a fully recyclable box with a separate plastic pouch inside the box is become popular especially amongst wine manufacturers. As both companies and consumers look to boxed beverages as a more economical alternative it also creates an opportunity for a more sustainable beverage industry.

One of the most prominent form of boxed beverage today is the boxed wine. The "Bag in Box" or BiB wine industry had a shaky start because many wine drinkers found no appeal in drinking wine out of box and taste-wise it wasn't up to par to bottled wine. Since it's re-release in 2003, it has made some major changes and established itself as a drink of choice for outdoor events, parties, and even a night at home.

As many wineries expand their business to include a line of boxed wine they are able to save costs and limit their carbon emissions. A standard wine bottle holds 750 ml of wine and generates approximately 5.2 pounds of carbon-dioxide emissions as it travels across America to local retailers, while a standard 3-liter box generates half of the emissions for every 750 ml of wine. If wineries continue with their traditional production and shipping habits the amount of greenhouse gas emissions will increase by about 2 million tons a year, or the equivalent of putting 400,000 cars more cars on the road per year. Clearly from a shipping standpoint boxed beverage is a major win over glass bottles.

In addition to making beverage containers far more stackable lighter weight for advantageous shipping, the cardboard box itself is fully recyclable in most municipalities. It leaves only one problem, what to do with the plastic pouch inside which is usually a blend of different polymers and thus traditionally non-recyclable? Companies like The Naked Grape works with TerraCycle by setting up the the Naked Grape Wine Box Brigade, a program that collects the box, spout and plastic bag for recycling thereby potentially keeping millions of pounds of plastic from ending up in landfills. Creative upcyclers have found unique uses for the bags in the box as well. They refill the bags with water and turn it into ice packs or fill it with air to use as a makeshift pillow. Not only is upcycling the package a great way to keep the environment clean but it also adds to the product's packaging useful lifecycle.

Since the trend of boxed beverages seems to bring more positives than negatives it becomes easy to see why other companies are adopting this type of packaging aesthetic. Founded in 1922, Gregory's "BOX'D Beverages" sells boxed lemonade, teas and juices to major supermarkets such as Wegmans and Shoprite.

Another example of a company putting their beverage in a box is Boxed Water is Better. This Michigan-based sustainable water company sells single servings of water through various retailers. Cutting out the use of plastic altogether, Boxed Water is Better is sold in a cardboard box which is shipped flat to a filler near the markets the company serves. The company is able to save on shipping costs because they are shipping flat boxes as opposed to full boxes or bottles. Despite their efforts, many consumers ask what's the difference in packaging a single serving of water in either a plastic bottle or a cardboard box? The answer to that is since single serving beverages is always going to be around it makes more sense to have it in packaging that is biodegradable. The same sentiment can be applied to the packaging of boxed wine and other beverages.

The movement towards boxed beverages can be labeled as source reduction. Companies are trying to reduce the amount of waste they create by designing their products in a way that accomplishes that. Not to denounce plastic and glass packaging which come with their own set of benefits but the move toward boxed beverages makes sense when thinking about reducing carbon emissions. Boxed beverages create a more sustainable production and shipping process for beverage companies. They also provide consumers with many economical and sustainable benefits, which will create a promising future for our environment.

It's safe to say, the box is back!