Happy Earth Day: Are you ready for some good enviro news? 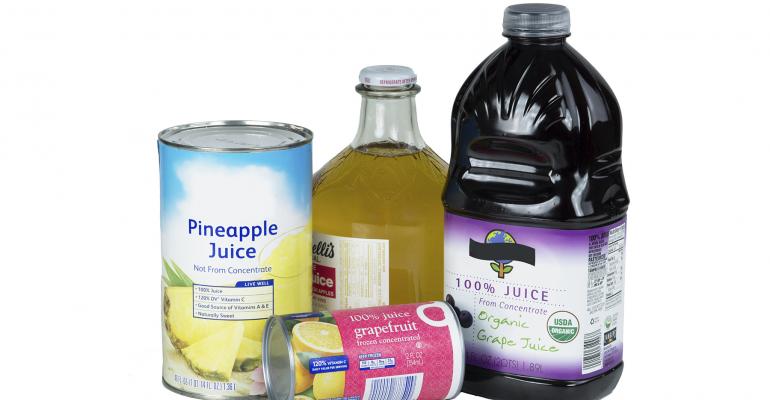 Whenever Earth Day is celebrated, which occurs this week, packaging is usually left out of the party except when singled out in a negative way. Here are some positive statistics worth toasting.

April 22 is the 45th anniversary of Earth Day, yet when it comes to municipal solid waste, packaging still gets a bad wrap. Eco-Insights blogger Bob Lilienfeld shares some good news in this regard.

Warning: This article contains arithmetic and may be unsuitable for certain viewers. (Just kidding. Sort of.)

Are you tired of being reminded that packaging makes up almost 30% of the municipal solid waste stream? Would you like to provide your friends, family, and associates with a more enlightened and positive response than simply shrugging your shoulders while staring at your shoes?

Well, thanks to the good folks at the U.S. Environmental Protection Agency and Census Bureau, now you can! 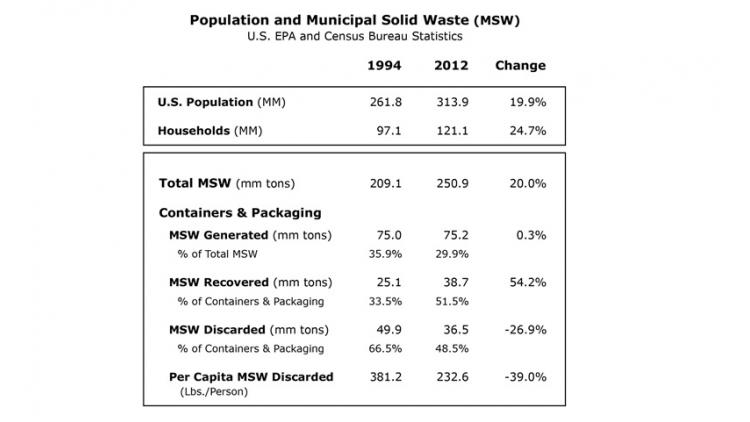 Take a look at the chart above. Between 1994 and 2012, municipal solid waste grew by 20%, in line with both population and household growth. Yet, the amount of MSW related to containers and packaging grew by less than 1%. This means that the percentage of solid waste due to packaging fell significantly during those 18 years, from 36% to 30%. Not bad!

By the way, this is a far different scenario than that projected by the EPA back in 1994. At that time, the agency stated that by 2010, packaging-related waste would grow by 32% (from 75 to 99 million tons) and account for 38% of total MSW.

First, the expected 24 million tons of used packaging that didn’t show up was primarily due to source reduction. In fact, by 1984, light weighting had already made significant strides, and the positive effects continue through today: For reference, the EPA estimated that between 1972 and 1992, soft drink containers were reduced in weight by 36% for one-way glass bottles, 32% for steel cans, 22% for aluminum cans, and 18% for PET bottles.

Second, there were major gains in container recycling. Between 1994 and 2012, the amount of packaging materials recovered grew by 54%, and the recovery (recycling) rate jumped from 33.5% to 51.5%. This is amazing, especially since most bottle bill legislation had already been passed and implemented by 1989.

The net result? Thanks to source reduction and recycling, packaging discards heading to landfills was reduced by a very significant 27%. On a per capita basis, the reduction was a whopping 39%!

Tell that to your colleagues, associates and detractors.

Missed one of Bob's blogs? Read them here.

Robert (Bob) Lilienfeld has been involved with the concept of sustainable packaging for more than 20 years. He is currently editor of The ULS (Use Less Stuff) Report, a marketing and communications consultant to AMERIPEN and other organizations, and is a professional photographer.