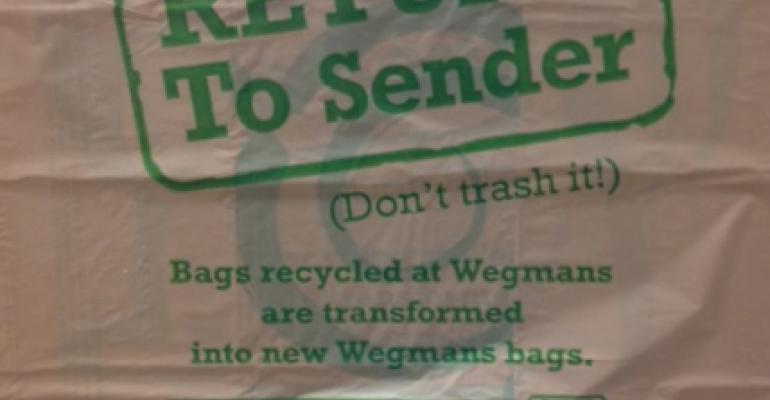 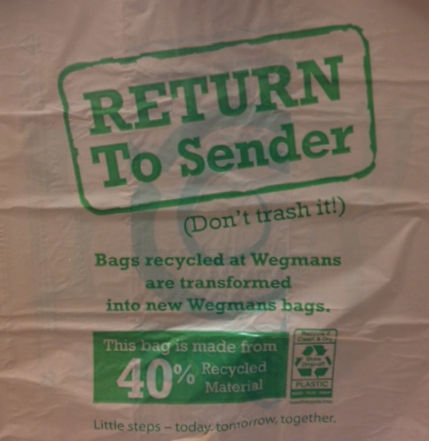 Wegmans Food Markets is the newest participant, and the first grocer, to join the Sustainable Packaging Coalition's How2Recycle Label program. With the addition of Wegmans, the How2Recycle Label surpassed its 2013 goal of 20 participating companies.

Wegmans is the fifth How2Recycle participant and first retailer to receive a sponsorship from the American Chemistry Council's (ACC) Flexible Film Recycling Group (FFRG) for use of the Store Drop-off Label on its plastic carryout bags. FFRG sponsorships remain available.

"Wegmans has accepted used plastic bags and wrapping material for recycling at our stores since 1994 as a way to help make a difference in the communities we serve. Our adoption of the How2Recycle Label is a step in the right direction as we try to clear up the confusion surrounding recycling," says Jason Wadsworth, sustainability coordinator for Wegmans.

Wegmans customers will initially see How2Recycle's Store Drop-off Label on plastic carryout bags, with plans to expand to various flexible plastic materials throughout its stores, including deli and produce bags.

Furthering its goal to educate shoppers about plastic film recycling and to direct them to the correct bin, Wegmans is also displaying a prominent educational poster near store entrances. The FFRG designed a similar poster that retailers and grocers are able to download for free.

"We have enjoyed our collaboration with Wegmans. Their well-rounded approach is exactly what we hoped for when we developed the How2Recycle Label program," says Anne Bedarf, senior manager at GreenBlue. "Wegmans' strategy will provide benefit not only for their own stores and customers, but also for How2Recycle's larger goals, by acting as a positive example for the grocery and recycled film industries overall."

About How2Recycle
How2Recycle is a program of GreenBlue's Sustainable Packaging Coalition. GreenBlue's goal is for the How2Recycle Label to appear on the majority of consumer goods packaging by 2016 and to provide participating companies with detailed information regarding the recyclability of their packaging. Any company interested in joining How2Recycle or obtaining a fee sponsorship should visit www.how2recycle.info/how2join and contact Anne Bedarf at [email protected].