5 new things to know about Nitro Can beer packaging 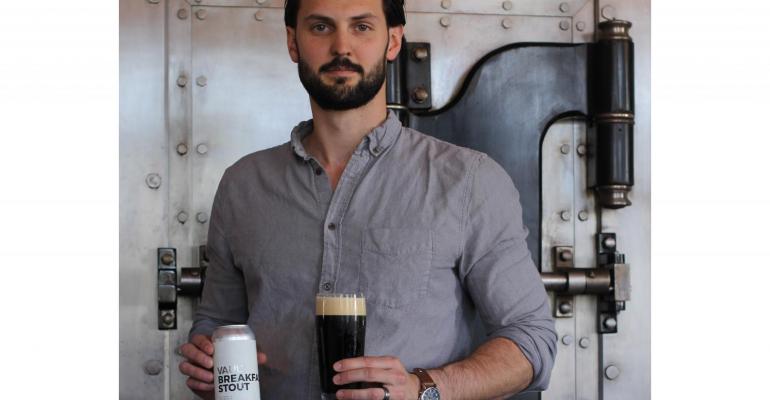 Vault Brewing co-owner James Can serves up fresh details on Nitro Can packaging.

The frothy nitrogenated pour of Vault Brewing’s widget-less Nitro Can was the subject of a well-received July 2015 article, Nitro Can delivers widget-less pub-style beer. Nearly a year later, Vault cofounder James Cain discloses what the brewer is doing now with the technology and its plans—and his take on the growing market for nitrogenated beverages.

“We’ve made no major changes to the design of the can or the process,” declares Cain, “but since we first debuted our Nitro Cans we’ve gained expertise with the technique as we have released more beers using this technology. We produce only a half dozen of these Nitro Can beers a year, but along the way we’ve been able to refine the process and become more experienced at how to perfect widget-less nitrogenated beers.”

The most recent Nitro Can beer was the April release of Breakfast Stout, which Cain describes as “a coffee beer that we brew with oatmeal and lactose, local coffee, maple syrup and vanilla beans. It sold out the first day.”

2. A plan to add capacity is brewing

My obvious response to that was that it seems they should have produced more, but the logical answer is that a 10-barrel batch, or about 120 cases or 3,000 cans, is Vault’s current capacity.

However, the brewery won’t be as constrained starting in about 6 months.

“We are expanding and are in the process of building our new 20-barrel brew house to bring our capacity up to 10,000 barrels within the next couple years,” responds Cain. Vault will be adding new 40-barrel fermenters with the expansion. “That’s certainly going to enable us to produce a lot more Nitro Cans, hopefully sometime in the second half of this year,” he adds.

Vault has made improvements to the Nitro Can process. “We’ve become more familiar with the process and better understand the variables," Cain says. "Packaging different beers gave us the opportunity to tweak amount of nitrogenation, temperature of the beer, and carbonation level. For the initial cannings, we essentially nitrogenated still beer. In subsequent runs, we’ve adjusted the carbonation amount to add more mouthfeel and provide a better drinking experience.”

He says mobile canning provider River City Cannery and nitrogen-dosing supplier Chart Industries remain “excellent partners. One of the biggest challenges with mobile canning is that the amount of dissolved nitrogen in each can is going may not be the same, unlike a larger canning operation where every can is exposed to the same conditions for the same amount of time. You could have a 4-head filler, 8-head filler or more, and there will be different boil-off times for the liquid nitrogen from can to can. However, we can quickly establish a baseline and then dial that in across the line —that’s something we have a lot more competency in perfecting now.”

Next: Nitro Can tech isn’t just for beer. 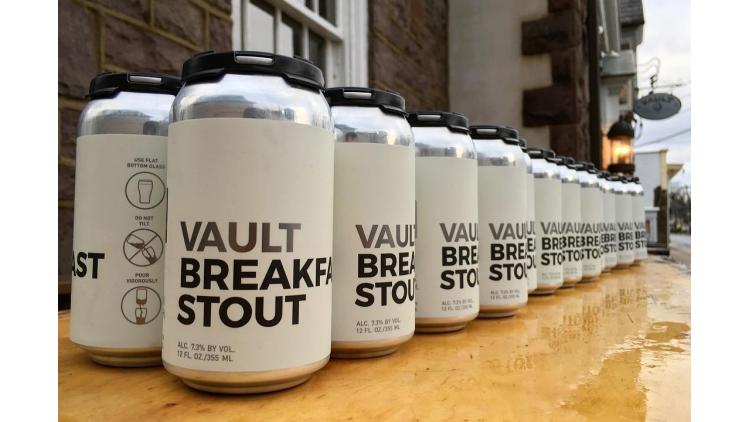 4. Fresh interest from other companies: Nitro Can tech isn’t just for beer

What kind of interest do you see from other brewers in the Nitro Can technology?

“We get calls all the time from other breweries  and interested parties about widget-less nitro canning, it’s certainly a new technology application and there’s little experimentation and research done on it,” responds Cain. “The benefit of us as a small-scale brewer is the flexibility of practicing with it and understanding the nuances of the technology where larger breweries may not have that freedom. They ask us how do you do this, what kind of advice can you give us, if we’re looking to get into it what results can we expect, etc. It’s been great to work with other breweries in that capacity and share some of our experiences and knowledge with this invention.

“We’ve been contacted by a lot of companies and not just breweries; we’ve been working with some coffee companies and had interest from other non-alcohol canned beverages that want to have this nitrogenated effect. Our canning partner River City also deals with iced tea and coffee roasteries and coffee companies that are canning nitrogen-infused coffees and other non-alcohol products (for an example of the latter, see Custom can pours foamy draft latte).

“There seem to be a number of alternative Nitro Can products and nitrogenated bottled products that are going to be on the market.

“There are nitrogen-dosed canned wines like Underwood from Union Wine Co., but the N2 is used to pressurize the can wall. Wine is a still beverage, obviously, so when canned the packaging feels flimsy; you need to find a way to add some sort of stability to the can wall. Nitrogen is a great option for that because it requires only a small amount to give the can walls some rigidity. You’ll also find it used with canned teas.

“Still beverage versions of the technology are interesting because they’re a lot different from carbonated and therefore other process modifications are needed.”

In our original story last July, Vault had originally considered filing a patent on the Nitro Can technology because it wanted to control how the technology was spread. It has backed off that approach.

“We originally sought a patent not to hold it for Vault, but because we wanted the technology to be appropriately and accurately leveraged and used by other companies,” explains Cain. “If a customer buys a Nitro Can beer and has a poor experience, it devalues our selling proposition because now people might have a negative perception of a Nitro Can.

“After conversations with partners, other breweries and beverage companies, we decided a patent was not going to be the most effective way to further the industry or improve the technology. The time and money spent enforcing the patent would be counterproductive to our goals and could hurt the industry more than help it.

“We’re opening it up and welcome other breweries to contact us to partner, collaborate, or work with us to continuously improve the process for everyone.  We want to make sure the technology is spread properly so that the industry as a whole can benefit. We want customers everywhere to enjoy this technology as we intended it.”

Would you consider contract packaging Nitro Cans for other brewers?

“Maybe in the future, but we’re not really in the business of contract canning,” responds Cain. “I like our Nitro Can because it’s fun. At the end of the day, the Nitro Can wasn’t something that was an impossible problem to solve, Vault was just the first to tackle it. We had the flexibility as a small brewery to come to a solution faster than large brewers.”

You can contact James Cain at [email protected] for further information about Nitro Can technology.

If you find this article of interest, please check out PD’s Food & Beverage Packaging Channel.