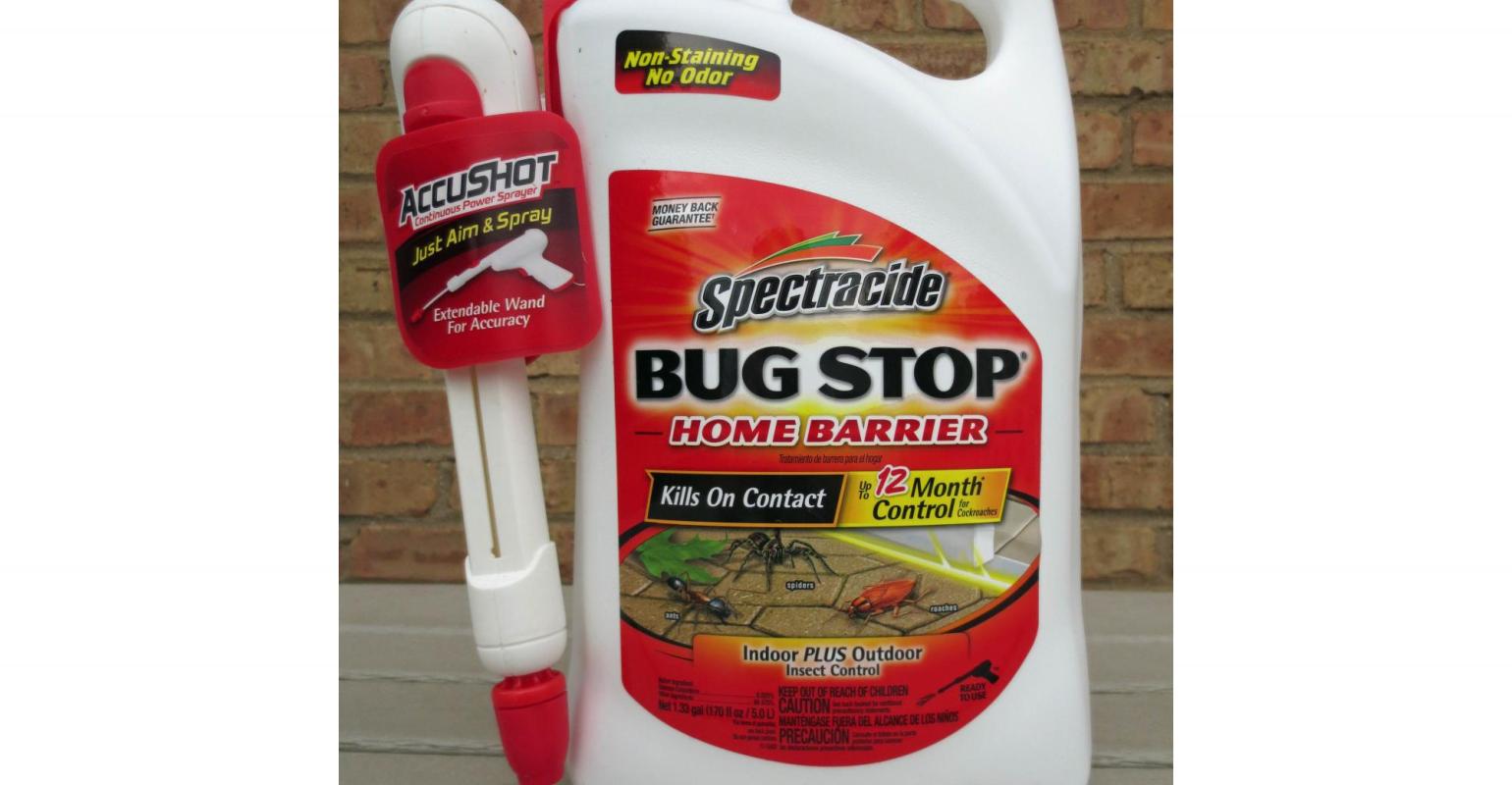 An innovative new packaging platform for brand owner Spectracide empowers user convenience through battery-powered spraying for pests, weeds and more. Read our user report to see if AccuShot was a hit or a miss.

Are you bugged by pests? Given the numbers, it seems most of us are at one time or another: The U.S. pest control market is valued at $12bn with 3.1% annual growth, according to an IBISWorld study released last month.

I’ve used a pest control professional in the distant past, though I’m usually a do-it-myself kind of guy when it comes to insect control. When I saw that my insecticide supplies were depleted ahead of my annual summertime application, I went to a local home improvement center. Armed with my preferred product and heading to the checkout, I passed a display for a spray product from Spectracide, St. Louis, MO, that I hadn’t seen before. It, too, was formulated for indoor and outdoor use, but what caught my attention was the Spectracide Bug Stop Home Barrier product’s “AccuShot Continuous Power Sprayer.” The sprayer is battery-powered—and it came with batteries included. 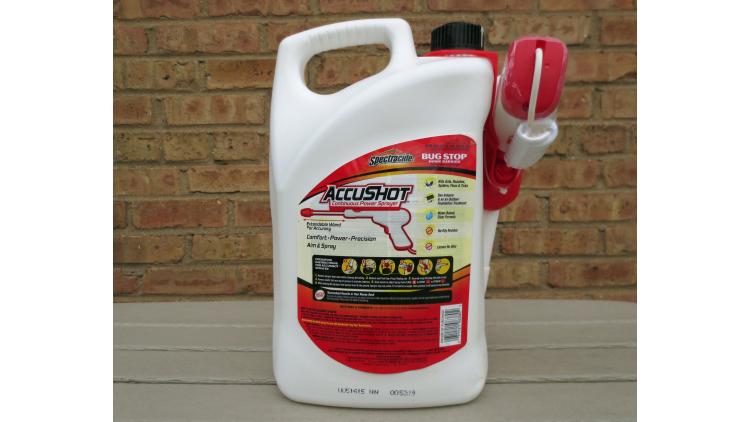 As I have experienced, spraying extensively around the house perimeter and property with a finger-actuated trigger sprayer quickly grows tiring. Point, press and spray sounded so much easier that I was willing to pay nearly twice the amount for the Spectracide product than the one I had in hand, though I should point out that the AccuShot bottle was much larger at 1.33 gal/5L versus the competitor’s 1-gal bottle.

I returned home with high expectations, but not before conducting a quick web search that uncovered the fact that the AccuShot packaging innovation debuted three months ago, which makes this innovation a spring-fresh one.

According to the release, “The AccuShot Sprayer is a revolutionary handheld applicator that allows for continuous spraying and precise application of product. It features a comfortable, ergonomic grip, and an extendable wand that makes it easier to target only the pests and weeds you want to kill. In addition, it features a one-touch continuous spray that requires no repetitive squeezing, pumping or pulling.

I was impressed. But the proof is in use so I headed outside for a true field—make that yard—test.

While I’m frankly not the best at following directions because I have a habit of jumping right into things, a quick glance at the six-step instructions on the back panel compelled me to discipline myself to give this enhanced packaging a proper setup. It’s a good thing I did because it was a fairly complicated procedure that must be followed to the letter as you can see in this closeup of the instructions: 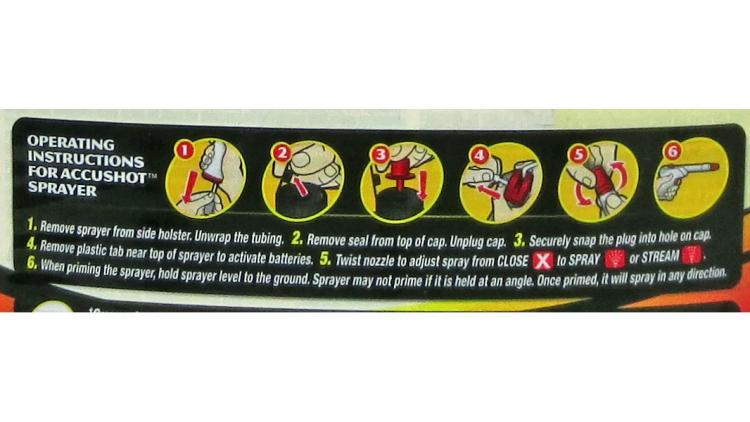 To remove the sprayer, I had to first cut a plastic tie that secured it to the holster before unwrapping the attached tubing that itself was shrink-wrapped. Next I removed the pressure-sensitive seal over the bottle’s cap that removed a small cover over a hole that allowed access to the bottle contents. I snapped the tubing’s end plug into the hole that I’m sure attached to a dip tube that extends to the bottom of the container to void the contents.

I was ready for action after I removed a small plastic strap on the sprayer that activated the batteries.

On first use, the sprayer must be held level to the ground. I pushed the trigger, heard the batteries activate a mechanism that was “whirring” from within and…waited…and waited…and nothing came out. I reread the directions again and saw that I missed one last crucial step: I had to twist the nozzle tip from the Close position to Spray or Stream.

Did I mention that I’m not the greatest at following directions? Like me, if a user misses any of the key steps, they too will be at least momentarily disappointed. It’s not rocket science, but it is packaging science.

Next: Test run results and observations… 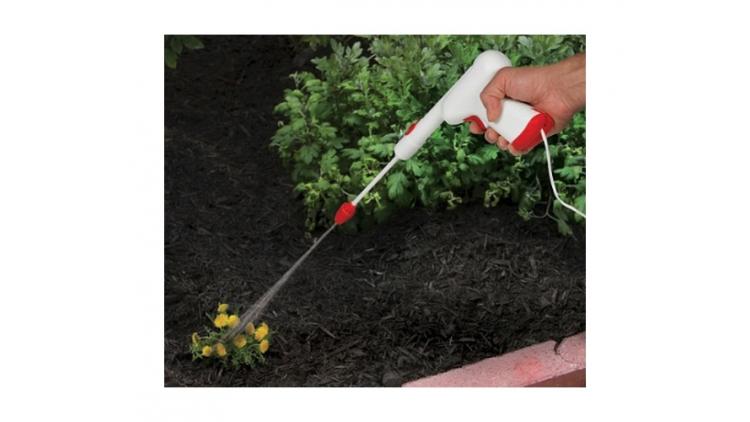 That done, it worked like a charm! Just press the trigger and out it sprays. I’d extended the wand to keep the spray as far away as possible. I could apply the bug killer precisely where I wanted it from a wand that was far closer to the target area than if I’d used a hand sprayer.

I have to believe that the safety aspect of this kind of system to apply potent chemical concoctions is hugely improved with an extendable sprayer like this—it positions the spray nozzle about a full foot further from the hand than with trigger sprayers. I’d also have been uncomfortably bent over the whole time, too.

I felt like a wand-wielding, bug-zapping professional marksman. Seriously: I’ve never enjoyed applying an insecticide more than I did using the AccuShot sprayer.

About the only physical aspect that bugged me was that a full 1.33 gal is fairly heavy, but that was more than offset by the awesome convenience of push-button powered spraying.

Also, if I were the packaging graphics designer, I’d make the instructions larger or, ideally, have them on a separate sheet in some fashion. That would make it far more convenient to have them in hand while reading through the extensive startup preparations.

Without being overly graphic about things so to speak, the red-orange label color scheme against the white high-density polyethylene bottle is strikingly attractive with major features shown prominently in large text or imagery callouts or both. 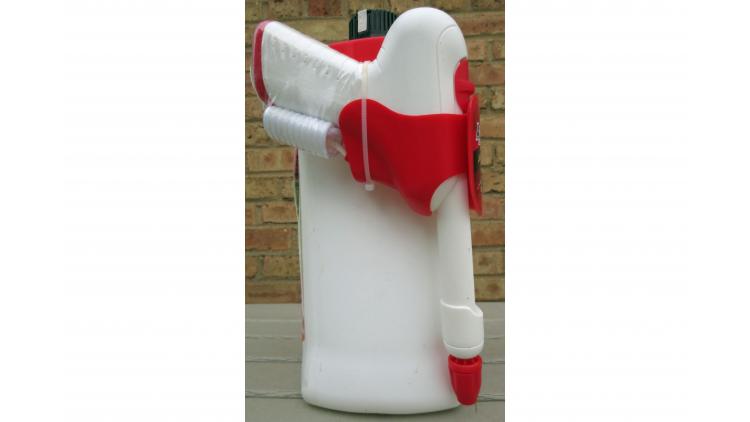 Lastly, the side holster for storing the sprayer wand is a major convenience. All other tubed applicators I’ve seen have nubs molded on the bottle that’s supposed to hold the sprayer, but I’ve found they generally don’t work well if at all. And that leaves me with a messy storage area.

Now that I’m an expert user, next time I will look for the AccuShot-branded weed control product, Spectracide Weed & Grass Killer. And there’s more ahead: According to the release, Spectracide plans expansion of the AccuShot Sprayer to more of its ready-to-use products. 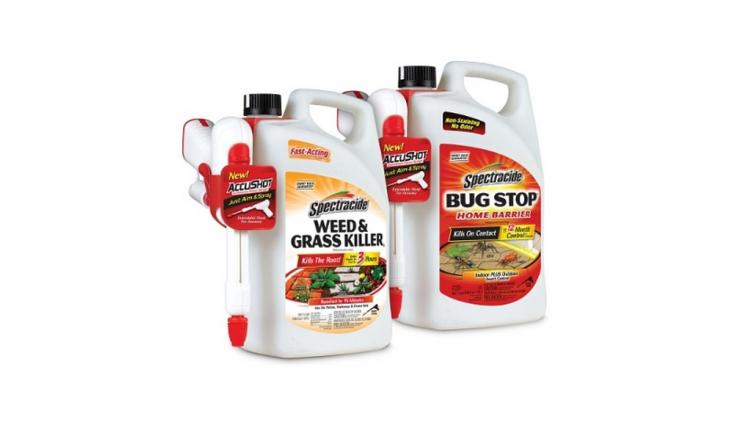