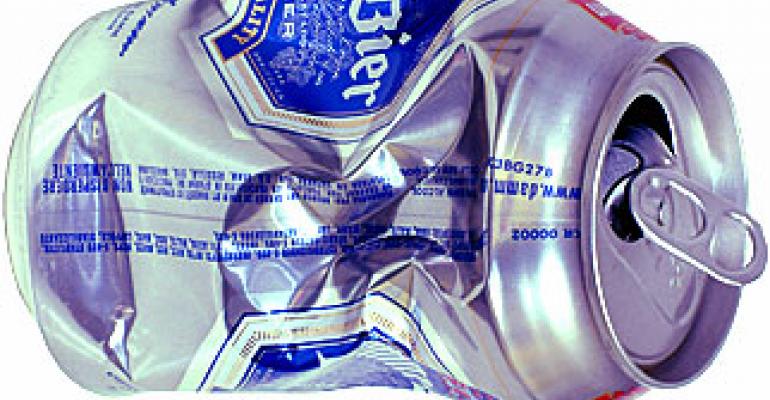 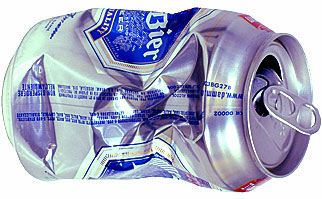 Major brand name companies including Hain Celestial, H.J. Heinz, ConAgra, and General Mills are taking a leadership role in responding to consumer market shifts as awareness about health hazards of the endocrine disrupting chemical bisphenol A (BPA) in food can linings rises.

“Companies are actually moving faster than regulators in phasing out BPA from food and beverage packaging,” explains Emily Stone of Green Century Capital Management. Stone is co-author of a new report, Seeking Safer Packaging 2010. “Our data shows that some companies in the food and beverage industry are wasting no time in transitioning out of bisphenol A (BPA) can linings.”

Hain Celestial, H.J. Heinz, and ConAgra all receive “A” grades from the investor report as each has already begun using BPA-free can linings for some products and also has an estimated timeline to eliminate the chemical from all product packaging. General Mills, which receives a “B+”, has committed to eliminating BPA from its Muir Glen line of canned tomatoes but fails to acknowledge an internal timeline for implementing substitutes to BPA for the remainder of its product lines.

Despite this growing momentum, other corporations, including Coca-Cola, Del Monte, Kraft and Wal-Mart, were among those failing to keep pace with the industry leaders and which all receive scores of “F.”

The report is an evaluation of companies’ performance on addressing the problem of BPA in packaging, produced by Green Century Capital Management (Green Century), the environmentally-responsible investment firm and advisor to the Green Century Funds, and shareholder advocacy organization As You Sow.

“We surveyed 26 companies in the food, beverage and retail sectors on performance in adapting to growing consumer concern about use of the chemical BPA in can linings,” says Amy Galland, Research Director at As You Sow. An earlier edition of Seeking Safer Packaging, released by the authors in April 2009, found that most companies were not taking sufficient action to eliminate BPA.

“Since our first report, there has been a significant change in the way that companies are talking about this issue and innovating solutions to the problem,” explains Galland. “In 2009, only 7% of companies surveyed had established internal timelines to phase out BPA from packaging, and this year we found that 32% of companies have timelines – more than a 350% increase.”

“It is critical for investors to understand the potential liabilities for companies that use BPA in their products or product packaging,” says Larisa Ruoff, Director of Shareholder Advocacy for Green Century. “With growing consumer and regulatory concern about the health effects of BPA, companies should phase out the chemical to avoid reputational, competitive, litigation and regulatory troubles.”

BPA, currently used in the epoxy linings of many canned foods and beverages on the market as well as many hard plastic products and thermal receipt paper, has been the focus of growing public attention as an increasing number of scientific studies link the chemical to harmful health impacts, including heart disease, cancer, impotence and developmental problems.  Denmark and France have restricted use of BPA, Canada is designating it a “toxic chemical,” and the German government warned consumers to avoid it. In a response to shareholder concerns last year, BPA manufacturer Sunoco disclosed a policy in which it refuses to sell BPA to customers whose products might expose infants and small children to the chemical.

Rising consumer concern about BPA led many baby bottle manufacturers and retailers across the U.S. to announce plans to phase out BPA from bottles sold in the country, and the U.S. Food and Drug Administration (FDA) is currently reviewing the myriad scientific studies about BPA’s health impacts as it reconsiders is safety. Seven states in the U.S. have enacted bans on BPA for some products.

“The commitment from innovative companies to eliminate BPA from their cans sends a strong message that it is possible for the sector to transition away from using this dangerous chemical in packaging.” says Amy Galland, Research Director at As You Sow. “From the investor perspective, this is an important shift that is necessary to reduce chemical-related risks for these companies and help protect our assets.”

“As a leading natural and organic company in North American and Europe, we are pleased to have successfully transitioned to a BPA-free canister for our Earth’s Best Organic® Infant Formulas early last year,” said Irwin D. Simon, President and Chief Executive Officer of The Hain Celestial Group, Inc. “Additionally, through our collaborative research and testing program, we are evaluating BPA packaging alternatives for the metal lids of jars and the linings of metal cans, which to date show some significant promise in shelf-life testing and safety”.

According to the report authors, Campbell Soup and ConAgra were the most candid regarding their research to identify feasible BPA-free can linings. For example, ConAgra says it has “placed more than 40,000 cans into various test packs across [its] product lines … supported by 8 coating suppliers and 4 can suppliers,” and Campbell Soup has done “several hundred” tests, including “more than 500 this fiscal year alone.”

“There is a growing chasm between leaders and laggards on this issue” says Michael Passoff, Senior Program Director at As You Sow. “Fourteen companies received passing grades of A, B, C, or D. Yet almost as many companies, including Coca-Cola, Del Monte, Kraft, Unilever, Kroger, Safeway, Supervalu and Wal-Mart, received failing grades of F.” Delhaize Group, Hershey Co., Hormel, and Sysco refused to respond to the survey.

Green Century and As You Sow encourage companies in the report to eliminate BPA from product packaging where feasible substitutes exist, ensuring that any new packaging goes through extensive safety testing, and also to increase investments in testing new packaging options, improve public and financial disclosures on BPA, and collaborate more effectively as an industry to find and implement reliable substitutes. The authors also encourage investors, both institutional and individual, to pressure the companies in which they invest to address this potentially risky chemical in packaging.

The report is available online at asyousow.org

SOURCE: As You Sow