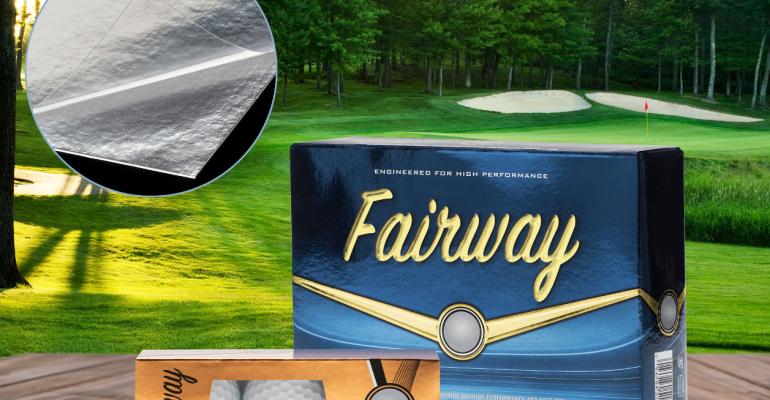 Shiny metallized packages help attract the consumer’s attention, while also raising a product’s image to premium status. But they could be costly to produce and could create some questions about the packaging’s environmental friendliness. A new polyester metal transfer film addresses both these issues and offers other benefits as well.

The new Lumirror MR20 polyester metal transfer film from Toray Plastics (America) Inc. gives brand owners of mass produced products a luxury packaging option they may have previously thought was out of their league.

Manufactured in-line in one step, Lumirror MR20 transfers the aluminum deposited on the film directly to the paper or paperboard package, which generates high brightness.

Recycling is an important feature of the new product, too. After it is used in the converter’s transfer metallization process, the MR20 film can be returned to Toray for recycling. Plus, finished paperboard packaging can be recycled or repulped.

According to the company, paper and paperboard that are transfer-metallized with MR20 film exhibit excellent dead-fold properties, remain flat and smooth, do not delaminate or curl, and the metal does not flake off.

How is the paperboard able to be repulped or recycled after it is metallized?

What makes the metal-transfer film manufacturing eco-friendly? One-step process and closed-loop recycling, right? Anything else?

In addition, the transport of materials to and from others in the traditional supply chain is unnecessary, which contributes to additional energy and cost-savings.

When the PET film is removed during the converter’s transfer process, it can be captured and returned to Toray for recycling back into the film product.

It’s worth also noting that a metallized package constructed with a substrate made using Toray’s MR20 metal-transfer film will be lighter than a package that incorporates a metallic film.

Source reduction is a critical factor in energy and waste reduction and is an important benefit to be gained through the use of materials made with a metal-transfer film. The end-users’ choice to manufacture lighter packaging will have a positive impact on the environment and a company’s sustainability profile.

Manufacturers are able to put more material on skids, in truckloads and on press. Transportation costs are reduced and manufacturing efficiencies are gained.

Lastly, the metallized paper and paperboard can be recycled.

Tell us a bit about how film-free transfer-metallized paper and board are brighter and more vivid than those that incorporate metallized film.

Moscaritolo: A package made with paperboard that incorporates a metallized film is actually placing a visual barrier on the package surface. Packaging paperboard made with the transfer-metal film process is brighter is because the metal surface is not buried beneath the PET. The consumer is not looking through a PET film to see the decorative metal surface.

How much brighter and more vivid the metal-transferred package is as compared to a package made with a metallized film is relative to the comparative substrate combination. There are varying degrees of quality, brightness and clarity amongst metallized PET films.

Is the paperboard printed before or after the metallization transfer?

Moscaritolo: The paperboard is printed after the metallization transfer. The converter/printer or commercial printer prints directly on the metallized surface or on a coating that may be specified and applied to the finished metallized paperboard.

Can the aluminum be transferred in a pattern and hold its register with printed paperboard?

Moscaritolo: It’s possible based on the converters process and equipment, but typically the metal transferred covers the entire surface. However, after the entire surface of the paperboard is metallized it can easily be printed with any design or pattern the end user desires.