PEF will not oust PET for beverage bottles anytime soon 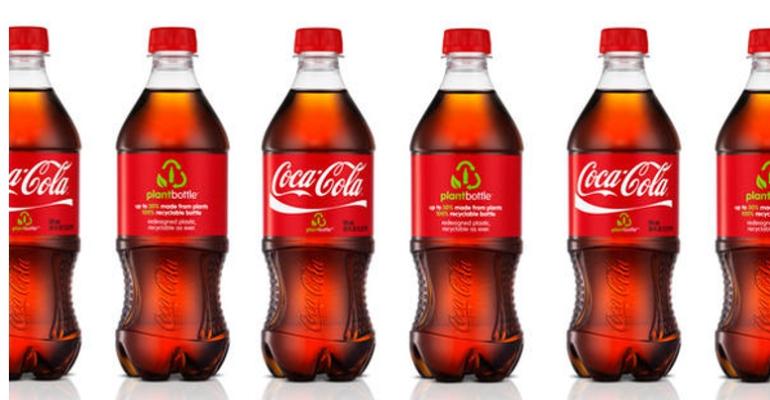 In early June 2014, Avantium secured additional funding to complete its development and commercialization of polyethylene furanoate (PEF) from plant-based, 2nd generation feedstock. Shortly after that news broke, the Container Recycling Institute asked in its newsletter: “Will Coke no longer use PET for its bottles?”

It’s a great question—with potential reverberations throughout the plastics packaging markets, and most specifically for the popular polyethylene terephthalate (PET). So Packaging Digest asked plastics/packaging expert Gordon Bockner to comment on the implications of this development on PET packaging. Bockner, president of Business Development Associates Inc., a packaging consultancy based in Bethesda, MD, responds:

Gordon Bockner: Your inquiry regarding PEF as a competitive resin for commodity packaging (which was based on the June 5, 2014, announcement of Coke’s—and others’—investment in the planned Avantium facility to produce PEF in commercial quantities starting in 2017), requires consideration of several factors:

1. PEF is a bio-based resin; and therefore, arguably, more “sustainable” than petroleum-based PET.

a. One-third of the PET molecule can already be bio-sourced;

b. And 100% bio-based PET is under development.

2. However, the performance properties and converting characteristics of PEF are different than PET.

a. Therefore PEF will never be a “drop-in” resin substitute for PET.

3. Coke’s rational and timeline to consider PEF for commodity liquid refreshment beverages (LRB) packaging would be based on several factors:

a. The prospective cost of PEF compared to 100% bio-based PET.

b. The realistic prospects for replacing (100% bio-based) PET with PEF.

Although all of these issues need to be considered to answer the primary question, they do, in fact, impact each other. We will consider each issue singularly and jointly.

PEF does, in fact, have several performance advantages compared to PET. The two most obvious are superior gas barrier (10x PET for O2 and 5x for CO2) and better tensile strength, which permits greater light weighting and superior thermal stability without heat-setting (can be hot filled at about 200-deg F). And it is “sustainable” based on the fact that it is 100% bio-based molecule.

These several characteristics are, however, costly, and the question is whether the relatively costly performance of PEF is sufficient to overcome the cost-performance of 100% bio-PET for commodity packaging of LRB’s. My opinion is “No.”

The first point to concede is that a 100% bio-PET molecule does not yet exist. Coke’s current PlantBottle molecule is only 1/3 bio-based. The terephthalic acid (TPA) portion of the molecule is still petroleum-based. However, given the time, energy and money currently being allocated to the commercial production of bio-TPA, it is reasonable to assume that the existence of a 100% bio-based (sustainable) PET molecule is realistic within the near future; and, assuming that the current production of green polypropylene is analogous, it will likely be a “drop-in” molecule chemically indistinguishable from petroleum-based PET.

It is also important to emphasize that the PEF molecule is a contaminant in the existing PET stream. A very small amount of PEF will (a) reduce the performance characteristic of the resulting PET/PEF blend and (b) neither will the blend be crystal clear and glossy, which are two of the key (marketing) attributes OPET. It is, therefore, not realistic to suggest that the two resins might be successfully blended to make a commodity LRB packaging resin.

On the other hand, the entire PET infrastructure—including converting, tooling and the existing recycling infrastructure and recycle content recipes—will be totally accessible without change to bio-PET.

The question, therefore, becomes whether (a) the delay to commercially introduce a 100% bio-PET molecule and (b) the possible cost premium one might need to pay for it, warrants the development of a second and distinct parallel value chain based on (a) the long term cost performance superiority of PEF and (b) the short term sustainability advantage of it. My answer to this question is also “No.”

It is also important to understand the current dynamics of the PET industry in North America. Two of the major suppliers of PET resin, Indorama and M&G, have announced plans to install additional North American capacity. (Arguably this could also be bio-based.) This further suggests that the supply of (bio-based?) PET will be sufficient to maintain aggressive PET pricing levels in North America for the foreseeable future.

The question remains: Why, therefore, is Coke making a significant investment in a commercial PEF manufacturing facility if there is no reasonable possibility that PEF will become the dominant resin for the packaging of LRB’s in the near future? There are, it seems, two basic reasons:

1. Coke doesn’t want to be “left out” if the noted logic favoring PET is flawed or alters, and PEF becomes the resin of choice for the manufacture of commodity LRB packaging.

2. At the appropriate time and place, Coke wants to be able to exercise any and all options particularly with small bottles for carbonated soft drinks or oxygen-sensitive products that would benefit the most from the superior gas barrier properties of PEF.

It should be emphasized, however, that this excess of strategic caution (and Coke’s investment in Avantium) does not, in my opinion, invalidate Coke’s current reliance on and commitment to PET.