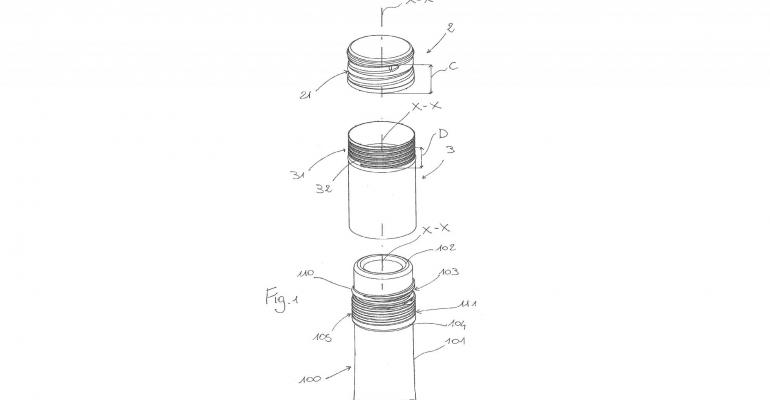 However, that may be problematic for recycling purposes of one or both of those components.

The patent addresses the environmental aspects of such packaging by providing a container with a roll-on closure that initially provides tamper evidence and, subsequently, can be easily separated for recycling when one or both of the components are recoverable.

Additionally, the invention makes it possible to obtain advantages in terms of simplicity of production, greater strength, compactness and/or versatility.

Notably, the difference is in either the design of the container or the closure; the core of the patent relates to the specific configuration of the threads that couples the two parts.