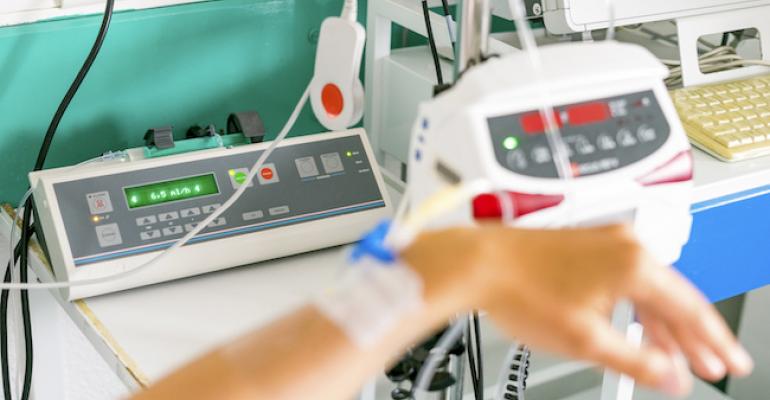 The objective of testing medical packages is twofold. First, it is used to ensure the integrity of a sealed package. Second, it helps ensure that no weaknesses in the sealed areas of the package permit leaks to develop during sterilization, normal handling, transportation, and storage. Testing demonstrates a package's ability to provide and maintain a sterile barrier around a medical device.

According to ANSI/AAMI/ISO 11607-1997, Packaging for Terminally Sterilized Medical Devices, both seal-strength testing and package integrity testing are needed to properly validate a package's design and document its conformance to specifications. In this article we look at seal-strength testing.

Seal-strength testing evaluates the mechanical strength of the seal, ensuring proper material bonding to maintain package integrity throughout package life. Data acquired through testing can be used to validate the package design as adequate for maintenance of integrity, to monitor process performance, and to confirm shelf-life performance. Seal strength also ensures control of the peel. ISO 11607 addresses two types of seal-strength testing: tensile strength testing and burst or creep testing.

Tensile seal-strength testing (ASTM F88) uses a defined width sample (25.4 mm or 1 in.) of the package seal perimeter. A jaw moving at a defined constant rate (10–12 in./min) pulls the seal apart while measuring resistance during seal separation. A typical seal strength plot is shown in Figure 1.

This test is particularly applicable to peelable medical package seals. It can determine the force required by the end-user to open a peelable package as well as provide force data that can be used in validation and control of the sealing process. Interpretation of tensile seal strength and plot is important when reporting results. The resultant plot may show a higher peak force on the initiation of the test, followed by a relatively constant force region during the peel and may be concluded with another higher peak. It is vital to test results interpretation that the test report include the region of measurement, that is, peak initial force, sustaining region force, or average energy (area under the curve).

Another important reporting factor is sample support configuration. Samples may be run with a free or supported seal, called a tail. Both methods are acceptable, but their stress/strain curves or results are not equivalent. In the free-tail method, the angle of peel is constantly varying from 90° to greater than 90°. In the supported-tail method, the tail is restrained by a fixture to keep the angle of peel at 180°. The force result will vary depending on the support condition, so test results for different ones cannot be compared.

The tensile seal-strength test is valuable for seal evaluation. It produces specific force results for peelable packages. However, only single sections of a seal can be evaluated at one time, providing no information on whole-package integrity and slowing testing.

Inflation seal-strength testing (ASTM F1140 and F2054), including burst, creep, and creep-to-failure (CTF) testing, requires pressurizing the entire package and measuring the peak rupture pressure (burst test) or the time to failure at a constantly held pressure (creep and CTF). These tests provide a whole-package minimum seal strength and are equally applicable to peelable and nonpeelable seals. Inflation tests are applicable to most packages, such as pouches, header bags, lidded trays, flexible or rigid blisters, and laminated or rolled tubes.

Although no universal mathematical relationship has been defined between tensile and inflation seal-strength tests, research on pouches shows a correlation between restrained-plate inflation testing—discussed later in this article—and tensile testing in locating the minimum seal-strength area. For more information, see "Comparing Tensile and Inflation Seal-Strength Tests for Medical Pouches" by Stephen Franks and Donald Barcan, in the August 1999 issue of Medical Device & Diagnostic Industry (MD&DI).

Burst Test. In a burst test, a package is inflated at a uniform pressure and flow rate until the seal separates at its weakest point. The burst test is a peak inflation pressure test; its variable is the back pressure inside the package at the instant of seal rupture.

Control of inflation rate is important in a burst test to ensure consistent conditions. Material porosity (or lack thereof) determines inflation rate. Because air escapes through the walls of a porous package during inflation, the flow rate must be increased to compensate for that loss and create back pressure in the porous package.

The burst test does not require sample preparation, and it can be run with little operator training. However, resultant burst pressures vary according to package characteristics. For example, the seal itself is a factor; peelable seals will part under a lower pressure than nonpeelable seals. Package size will influence the results; burst values of a large package will be lower than those of a smaller package. Unrestrained packages may have material failures before seal failures. These issues are not a factor when testing a single-style package with consistent methodology.

Creep Test. In a creep test, a whole package is inflated to a constant pressure, held for a specified time and resulting in a pass/fail result. It checks for slow shear of the adhesive bond, similar to what hanging a dead weight on the seal would reveal. First determine the burst strength of the package; for peelable seals, ASTM F1140 suggests beginning the test with a creep pressure that is about 80% of the burst value. Different seal adhesives, such as pressure-sensitive adhesives, may need a lower creep-test pressure to be effective. Inflation rate is not critical as long as the initial fill is not too fast to shock the seal or too slow to lengthen the test.

Shortcomings of the creep test include the need to visually examine the seal at the end of the test to declare the amount of seal peel for process control and the lack of a variable statistic upon which to perform process control analysis.

The CTF test is a variation of the creep test that addresses these weaknesses. In the CTF test, pressure on inflated packages is held until the seal actually fails, yielding an end-point value (a variable statistic) and time to failure and pinpointing the area of greatest weakness in the seal (ASTM F1140 method b2). Time to failure can then be used in SPC or SQC methods.

To achieve sensitive, repeatable results from both burst and creep tests, testers must accommodate samples. Sealed packages need access probes to inflate them. Probes may require reinforcement to prevent material splitting at entry points. Open pouches (sealed on three sides) need to be sealed with a mechanical clamp to pressurize the three formed-pouch seals.

Inflation seal-strength testing of unrestrained packages (ASTM F1140) quickly and effectively evaluates a package's seal strength. However, there are no specific standards for that strength, since seal-strength values are relative to package size, geometry, materials, and bonding agents, even though tests show consistent process data on packages tested under consistent, repeatable conditions. In addition, package geometry affects the interpretation of test results. For example, pouches with a long side seal will generally fail on the long seal, unless a heater failure has occurred on the shorter seal or chevron. Unsupported tray lid seals may fail at points relative to their geometry. Very flexible materials may deform with pressurization to an extent that makes seal testing difficult. To address such problems, it may be wise to use restraining plates.

Package geometry affects internal pressure distribution on package surfaces and seals. For example, a pouch unrestrained in any axis exhibits circumferential hoop stress when internal pressure is applied. When the package is restrained, the load application is distributed directly on the seal area, and, because material stretching and deformation is minimized, the test forces are more uniformly applied. In addition, package restraint has a direct relationship to burst pressure: The wider the gap between restraining plates, the lower the average burst pressure, with unrestrained packages yielding the lowest burst pressure of all. Use of package restraints must be approached with caution; because of pressures exerted on the plates, extreme care must be taken that fixtures are designed to withstand the forces applied by the inflated package. For details, see "Calculating Factors of Safety for Package Burst and Creep Test Fixtures" by Stephen Franks in the January 1998 issue of MD&DI.

Part One of Franks's "Strength and Integrity" series was published in the January 2002 issue of PMP News.

How to Design Packaging to Reduce Risk in Transit
Jul 19, 2018