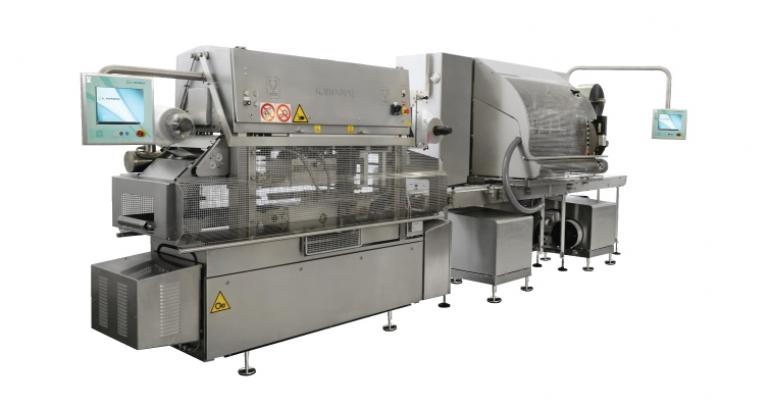 The efficient Platformer utilizes 98% of the forming film whereas traditional chain-driven thermoformers create up to 15% scrap.

We drill down into the details of the efficient and unique Platformer inline rigid tray former from Harpak-ULMA Packaging, LLC.

There’s such a thing as boasting, but as my dad, a former multisport all-state athlete says, “son, it ain’t bragging if you can back it up.”  That seems to be the case with the unique Platformer thermoformer available in two models that supports the claim by machinery maker Harpak-ULMA Packaging, LLC that the revolutionary system is “a disruptor in the tray supply and sealing market.” Introduced at Pack Expo International 2018 last fall Chicago, I came across the machine at a return engagement to McCormick Place in March in the West Hall during the ProFood Tech Expo.

What’s different if not unique about this thermoformer?

Ryan: The platformer is unique as it is a rotary thermoforming system that does not require chains or a gripping device to transport the rigid film where the scrap savings is achieved.  Platformer utilizes 98% of the film with only 2% scrap whereas traditional chain driven thermoformers use up to 15% scrap.

The film is cut to the appropriate size, heated, formed with the smooth turn downs and rounded corners, then is placed on a conveyor belt for an automated in-line production supply.

The turn downs created on the Platformer are almost 90 degrees to the flange where traditional thermoforming creates a “return flange” that sticks out and is a “lip” that can create issues when using premade trays for stretch or overwrap applications. 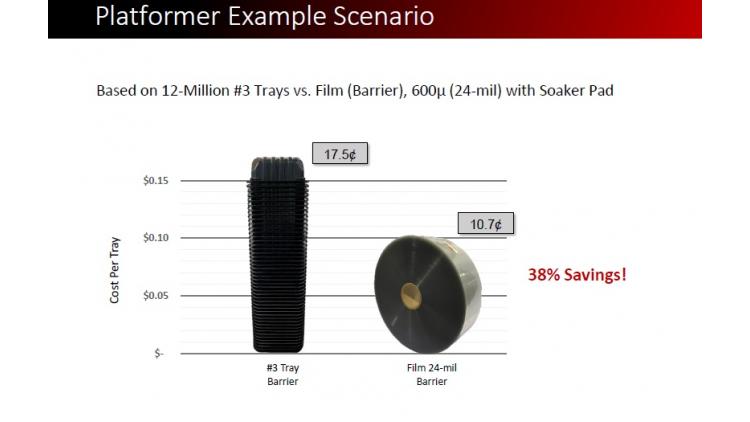 What’s the significance of the turned-down flanges and how is that achieved?

Ryan: The turned downs provide increased rigidity to the tray design and eliminate the “return flange” or lip that is common with premade trays that can cause challenges with different tray wrapping applications.

The technology to produce the turndowns is a patented proprietary technology.

What tray materials and sizes can it handle?

We continue to work closely with several film suppliers to test various structures as we wish to include recycled content and other attributes for our customers.

The tray sizes are defined by the size of the Platformer tooling with a maximum and minimum size as to effective form and transport the finished trays to the exit conveyor. To best optimize the scrap level, it is recommended to maintain a square/rectangular design. Trays can be wide open for larger products or have multiple cells for snack-type applications.

What methods and product types can it accommodate? 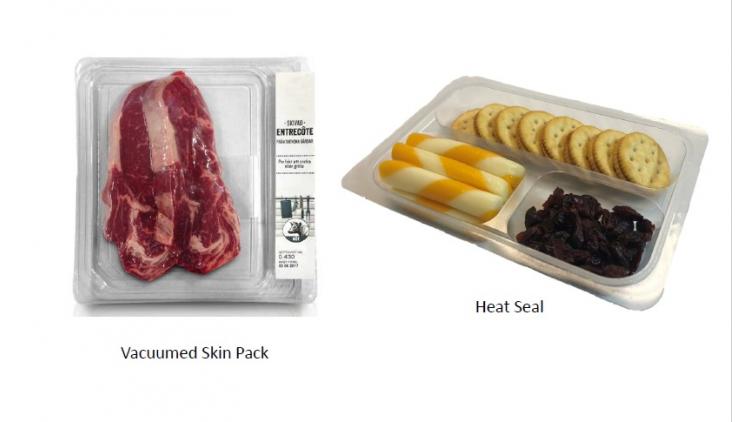 What’s the industry standard for scrap on a conventional thermoformer? And how was the company able to reduce scrap to just 2% with this machine design?

Ryan: In speaking with thermoforming experts, the scrap produced when cutting out premade trays from a large sheet is approximately 15% or more, based on a standard #3 tray. This is due to traditional thermoformers needing to hold the rigid film web, e.g. with chains, as it is transported through their process.

The Platformer utilizes 98% of the film as the film reel is sent to the customer already cut to the width required to make the width of the tray including the turndowns. The length required is cut after the film enters the Platformer’s Film Guide and Cutting Station. The film is cut to the appropriate length for an individual tray and the part that is cut out and ejected, referred to as the “dog bone”, has been calculated as the 2% scrap material. The individual sheets are separated and transported on a vacuum belt where a pick-and-place device transports the individual sheets in unison and positions them onto the heating platen.

Under what conditions can it operate at the stated maximum of 200 trays/min?

Ryan: One of the first installations in the United States is currently producing 200 trays per minute. The tray size has a smaller footprint as it is made for snack-type products. These trays are currently being produced on our Platformer 1200 series in a two-lane configuration. The tray forming mold produces 10 trays per lane or 20 trays per cycle using the customer-selected film that includes the proper structure, film thickness and product line requirements.

What can you say about the automation and controls?

How long does a changeover take?

Ryan: Changeovers depend on what is being changed. For a tray with same dimension but with a different depth, the whole process takes a matter of 3-4 minutes. For a more dramatic changeover, say from a small two-cell snack tray to a large #9 tray or up to 5 pounds of product, the changeover will take 20-25 minutes as there are more parts to change-out to accommodate the larger tray footprint. 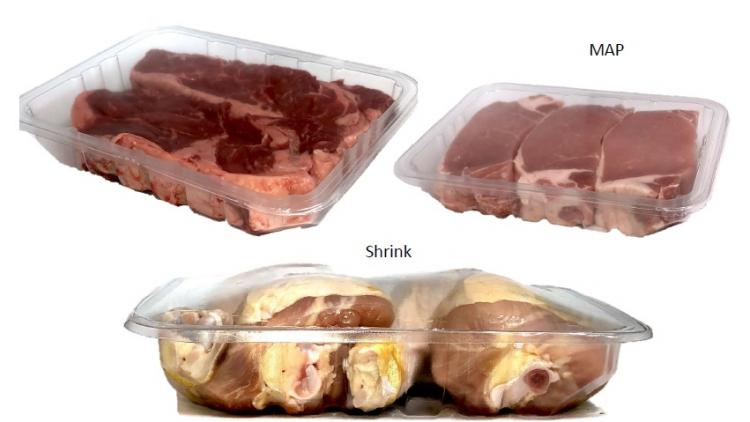 What options are available?

Ryan: Platformer comes in both single-lane and dual-lane configurations in both the 800 series and 1200 series. Customers can choose from either a flat belt or flighted conveyor for the exit belt, depending on their needs.

What’s been the feedback and interest from potential customers?

Ryan: The interest has been very high as customers have engaged by joining a Webinar we conducted at the end of 2018, by visiting our booths at various tradeshows to see the Platformer in operation and by visiting our facility in Taunton, MA, for a more focused discussion on how the Platformer can impact their business.

We created a return-on-investment (ROI) calculator for our customers to plug-in their figures to see more accurate figures of the various savings they can achieve through material savings, labor, warehousing, operational costs and waste disposal costs.

Our lead customer has installed and has been running two of each of the Platformers, the 800 series and the larger 1200 series. The Platformers integrated seamlessly into their line and have been running very well.

Anything else to mention?

Ryan: Besides the cost savings when a customer converts from premade trays to roll-stock, there are additional areas of savings from warehousing, equipment wear and tear, production and waste/ recycling disposal costs.

Customers will have more choice with regards to their suppliers as there fewer choices when it comes to the manufacturers of pre-made trays compared to manufacturers of rigid roll-stock film.

As PET is the most recycled plastic in the world and here in the U.S., it is the preferred material, especially to replace expanded polystyrene (EPS) trays as more and more ordinances are being enforced throughout the U.S.

Lastly, what sealers can this be paired with?

Ryan: The Platformer was designed to seamlessly integrate into a Trave Tray Sealing line where an in-line solution produces the greatest opportunity for savings. For our customers who are challenges by space in their facilities, we are working on several options such as hole-through-the wall scenarios as producing in a separate room to “Remote Production” where the Platformer is producing trays ‘off-line’ for multiple lines and/or multiple plants.