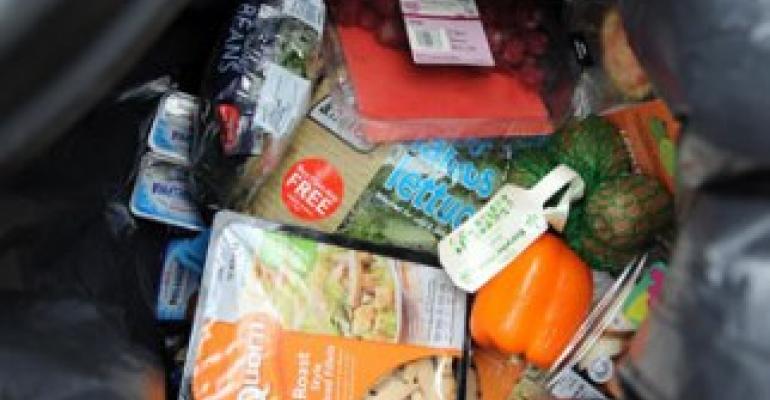 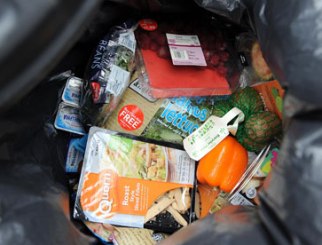 Simple actions by consumers and food retailers can dramatically cut the 1.3 billion tonnes of food lost or wasted each year and help shape a sustainable future, according to a new global campaign to cut food waste launched today by the UN Environment Programme (UNEP), the Food and Agriculture Organization (FAO) and partners.

The Think.Eat.Save. Reduce Your Foodprint campaign is in support of the SAVE FOOD Initiative to reduce food loss and waste along the entire chain of food production and consumption - run by the FAO and trade fair organizer Messe Düsseldorf - and the UN Secretary General's Zero Hunger Initiatives. The new campaign specifically targets food wasted by consumers, retailers and the hospitality industry.

The campaign harnesses the expertise of organizations such as WRAP (Waste and Resources Action Programme), Feeding the 5,000 and other partners, including national governments, who have considerable experience targeting and changing wasteful practices.

Think.Eat.Save. aims to accelerate action and provide a global vision and information-sharing portal (www.thinkeatsave.org) for the many and diverse initiatives currently underway around the world.

Worldwide, about one-third of all food produced, worth around US$1 trillion, gets lost or wasted in food production and consumption systems, according to data released by FAO. Food loss occurs mostly at the production stages - harvesting, processing and distribution - while food waste typically takes place at the retailer and consumer end of the food-supply chain.

"Aside from the cost implications, all the land, water, fertilizers and labour needed to grow that food is wasted - not to mention the generation of greenhouse gas emissions produced by food decomposing on landfill and the transport of food that is ultimately thrown away," he added. "To bring about the vision of a truly sustainable world, we need a transformation in the way we produce and consume our natural resources."

"Together, we can reverse this unacceptable trend and improve lives. In industrialized regions, almost half of the total food squandered, around 300 million tonnes annually, occurs because producers, retailers and consumers discard food that is still fit for consumption," said José Graziano da Silva, FAO Director-General. "This is more than the total net food production of Sub-Saharan Africa, and would be sufficient to feed the estimated 870 million people hungry in the world."

"If we can help food producers to reduce losses through better harvesting, processing, storage, transport and marketing methods, and combine this with profound and lasting changes in the way people consume food, then we can have a healthier and hunger-free world," Graziano da Silva added.

The global food system has profound implications for the environment, and producing more food than is consumed only exacerbates the pressures, some of which follow:

Part of the trigger for the campaign was the outcome of the Rio+20 Summit in June 2012, in which Heads of State and governments gave the go-ahead for a 10-Year Framework of Programmes for Sustainable Consumption and Production (SCP) Patterns. Developing an SCP programme for the food sector must be a vital element of this framework, given the need to sustain the world's food production base, reduce associated environmental impacts, and feed a growing human population.

"There can be no other area that is perhaps so emblematic of the opportunities for a far more resource-efficient and sustainable world - and there is no other issue that can unite North and South and consumers and producers everywhere in common cause," said Mr. Steiner.

According to FAO (http://www.fao.org/save-food/en/), roughly 95 per cent of food loss and waste in developing countries are unintentional losses at early stages of the food supply chain due to financial, managerial and technical limitations in harvesting techniques; storage and cooling facilities in difficult climatic conditions; infrastructure; packaging and marketing systems.

However, in the developed world the end of the chain is far more significant. At the food manufacturing and retail level in the developed world, large quantities of food are wasted due to inefficient practices, quality standards that over-emphasize appearance, confusion over date labels and consumers being quick to throw away edible food due to over-buying, inappropriate storage and preparing meals that are too large.

Per-capita waste by consumers is between 95 and 115 kg a year in Europe and North America/Oceania, while consumers in sub-Saharan Africa, south and south-eastern Asia each throw away only 6 to 11 kg a year.

According to WRAP, the average UK family could save £680 per year (US$1,090) and the UK hospitality sector could save £724 million (US$1.2 billion) per year by tackling food waste.

"In the UK we have shown how tackling food waste through engaging with consumers and establishing collective agreement with retailers and brands, reduces environmental pressures and aids economic growth," said Dr. Liz Goodwin, CEO of WRAP. "With a rising population, even more pressure is going to be put on resources, and we are excited to be a partner in UNEP and FAO's Think. Eat. Save. campaign, which is a great start to tackling food waste on a global scale."

In a similar vein to other parts of the world, the European Union is looking into the issue of food waste, and the European Commission has lent its weight to the new initiative.

"In the EU we have set ourselves a target to halve edible food waste by 2020 and to virtually eliminate landfilling by 2020; the Commission is planning to present ideas next year on the sustainability of the food system which will have a strong focus on food waste," said
Janez Potočnik, European Commissioner for the Environment.

"Less food waste would lead to more-efficient land use, better water resource management, more sustainable use of phosphorus, and it would have positive repercussions on climate change. Our work fits perfectly with the launch of this initiative," he added.

For the campaign to reach its huge potential, everyone has to be involved - families, supermarkets, hotel chains, schools, sports and social clubs, company CEOs, city Mayors, national and world leaders.

The campaign website, www.thinkeatsave.org, provides simple tips to consumers and retailers, will allow users to make food waste pledges, and provides a platform for those running campaigns to exchange ideas and create a truly global culture of sustainable consumption of food.

For example, the website provides the following advice, which will help consumers, retailers and the hospitality industry reduce waste - thus reducing their environmental impact and saving money.

• Shop Smart: Plan meals, use shopping lists, avoid impulse buys and don't succumb to marketing tricks that lead you to buy more food than you need.

• Buy Funny Fruit: Many fruits and vegetables are thrown out because their size, shape, or colour are deemed not "right". Buying these perfectly good fruit, at the farmer's market or elsewhere, utilizes food that might otherwise go to waste.

• Understand Expiry Dates: "Best-before" dates are generally manufacturer suggestions for peak quality. Most foods can be safely consumed well after these dates. The important date is "use by" - eat food by that date or check if you can freeze it.

• Zero Down Your Fridge: Websites such as WRAP's www.lovefoodhatewaste.com can help consumers get creative with recipes to use up anything that might go bad soon.

Retailers and the Hospitality Industry

• Retailers can carry out waste audits and product loss analysis for high-waste areas, work with their suppliers to reduce waste, offer discounts for near-expiration items, redesign product displays with less excess, standardize labelling and increase food donations, among other actions.

• Restaurants, pubs and hotels can limit menu choices and introduce flexible portioning, carry out waste audits and create staff engagement programmes, among many other measures.

• Supermarkets, hotels, restaurants, companies, cities and countries will be able to use the website to pledge to measure the food they waste and put in place targets to reduce it.
.