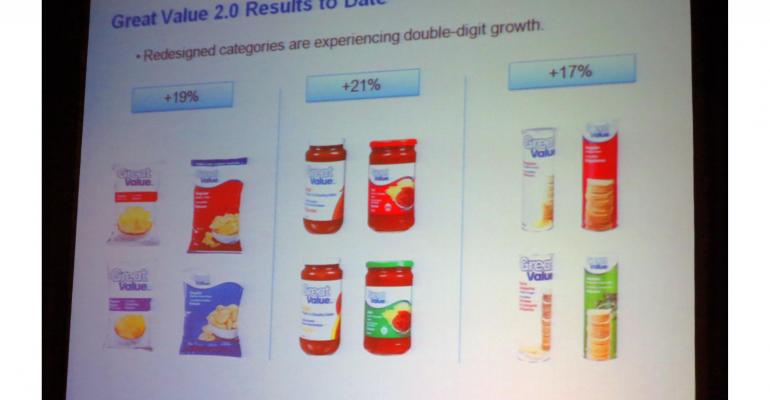 Walmart’s repackaging and branding highlights are disclosed for Great Value version 2.0 and 2.1 along with information on Blackweb electronics and Pure Balance Premium Pet Food.

When Walmart talks, people listen, as was the case for this editor and dozens of other attentive audience members last week in Toronto, Canada, when Sandra Farwell, vp, Brand Management & Product Design, Walmart Canada, spoke during the PAC “Winning By Design” Conference. The day-long conference was co-located with the PackEx tradeshow managed by Packaging Digest’s parent company, UBM.

What Farwell had to say was, in my experience, very un-Walmart-like in that she was amazingly open about the retailer’s plans in retooling the Great Value brands along with other branding initiatives that I didn’t even know the company had. It was so refreshing.

Some key background points worth knowing: 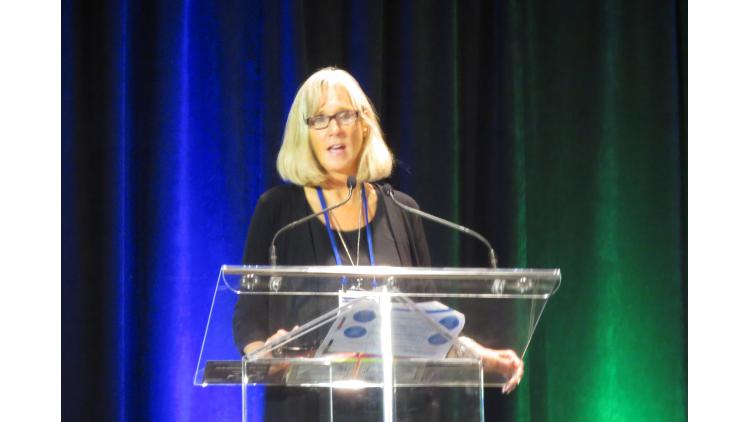 Farwell (shown above) said what has worked for the GV brand is strong brand identity that makes it easily identifiable on shelf along with appealing product photography. She says what hasn’t worked are outdated typefaces, too much white space on larger packs, inconsistent product photography and a “rainbow” effect of so many color cues.

All of which set up her revelation of the rollout of the retailer’s GV 2.0 redesign that features a wave-style design scheme and a look that replaces much of the white space with more color. Some 50% of Great Value food stock-keeping units (SKUs) were expected to have migrated to version 2.0 by April.

As measured by sales volumes, the redesign is a resounding success with redesigned categories seeing a double-digit lift in sales. In one example, a redesigned jar of salsa saw a 21% sales increase versus v1.0.

Because the package graphics design was the only thing changed, this case study provides solid evidence for the power of packaging.

Next is a look at Great Value version 2.1… 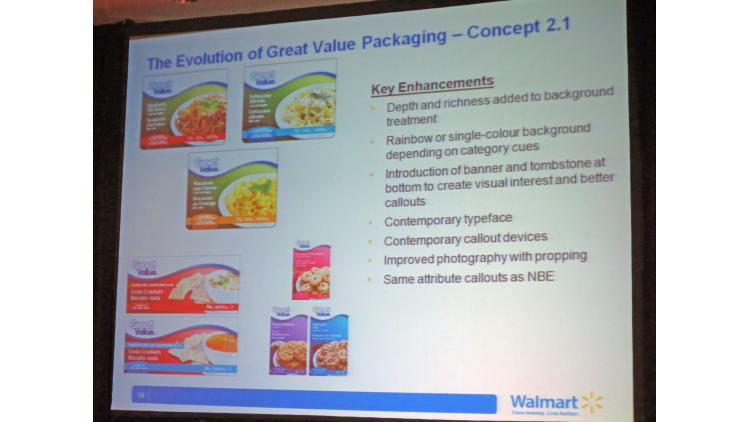 With the ink barely dry on the v2.0 rollout, Farwell introduced what she called GV v2.1 (above) that includes a U.S.-driven change to the logo that will migrate from the states onto Canadian products.

Great Value 2.1 will offer a more modern typography and introduce what Walmart calls “banner and tombstone”—top and bottom graphic callouts—along with “depth and richness” in the background treatment.

Farwell frankly admitted that Costco’s Kirkland brand wins on quality and value, but implied that these changes in the works should close that gap that include the next step beyond the GV graphics designs: To put these products that promote quality and value into “new and different packaging,” she said, adding “and for that we have lots of ideas.” 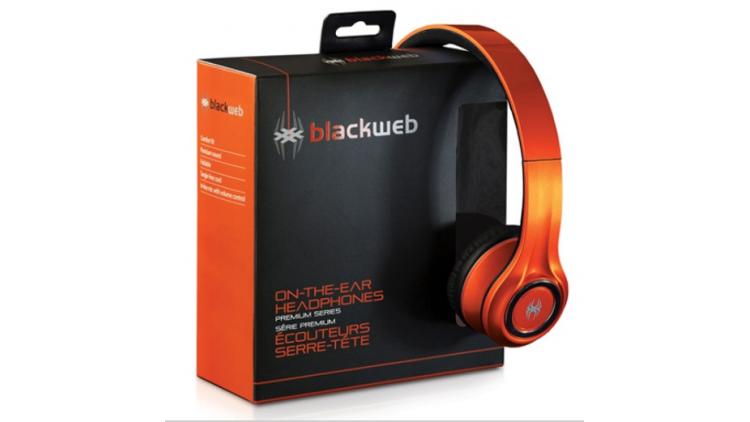 Farwell also referenced Walmart’s Blackweb brand of premium electronics products that is now in Canada, the U.S. and 14 other countries. The brand encompasses headphones, speakers and tablet and laptop accessories. “We worked back and forth between many trade names, but ‘Blackweb’ scored best (90%) with the targeted ‘tweens market,” she said. One option that was subsequently dropped was to call the line “firefly.”

Marketed especially toward 'tweens, teens and young adults, Blackweb relies on innovative products and packaging as crucial “silent sellers” for the brand.

She prefaced her remarks at this point about how complicated of a process is brand development, which involves category managers and OPP—opening price-point—analysis. OPP was the Sam Walton-created mantra to lure consumers in with a good value surrounded by higher-priced goods.

Walmart’s Pure Balance Premium Dog and Cat Food is next… 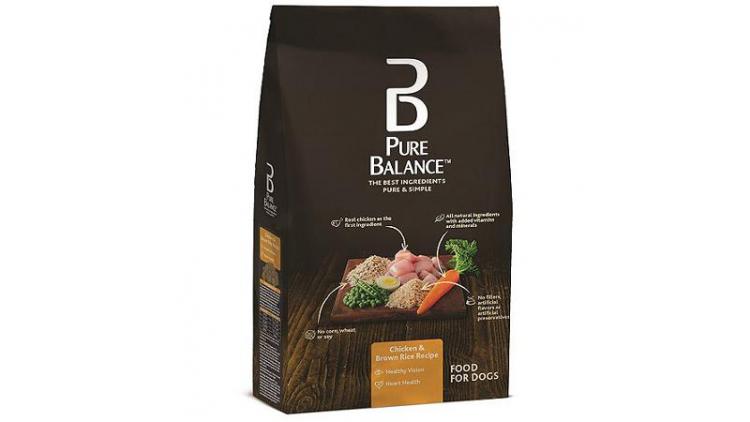 The company also launched Pure Balance Pet foods two months ago in Canada that has been “highly successful,” according to Farwell.

If you would like to hear more from Thought Leaders talking about packaging that’s a little closer to home for most of you, I suggest that you check out the Packaging Digest Global Food & Beverage Packaging Summit set for July 7-8 in Chicago. Featured speakers include those from the J.M. Smucker Co., Mondelēz Intl., ConAgra Foods and Heinz North America. For more information, click here.

And now for yet another Great Value redesign… 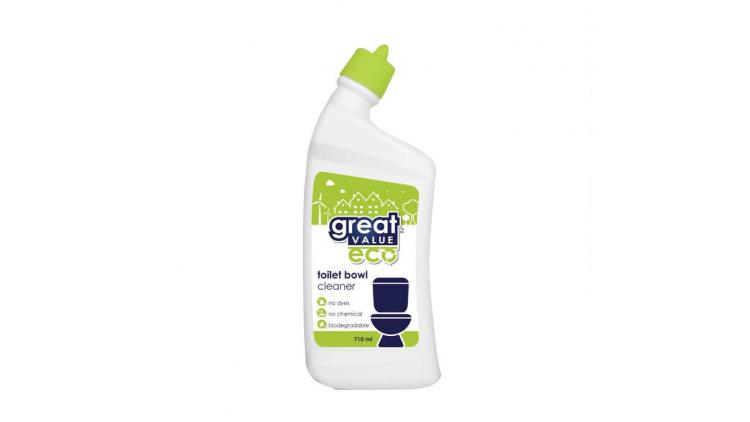 Farwell also served as one of three judges for a students’ competition sponsored by Walmart Canada to recast the Great Value branding. The product and category: A toilet bowl cleaner, Great Value Eco Toilet Bowl Cleaner Bottle. Along with audience members, I was impressed at how creative, thorough and polished the students' redesigns and presentations were.

In fact, I would say that they were downright flush with superb concepts.

The students, from six schools, were already first-place winners in their respective school’s competitions. Each of them reworked the logo, offered a freshened design color palette, changed the bottle polymers and structural design and detailed the label materials.

After all six presentations, audience members (including yours truly) voted via hand-held devices to determine the top three choices. The suspense was palpable while we awaited the verdict. It was a difficult to choose one as they all were excellent.

In the end, I did pretty well: My pick (shown above) was runner-up to the eventual winning design from the Ontario College of Art and Design’s team of Dora Poon and Zhi Gao seen at bottom along with PAC's James Downham and Walmart's Sandra Farwell.

This effort, from Dilek Duman of Mohawk, caught my attention with its bold colors and clear design elements that quickly addressed the three-pronged hierarchy of: What is this? What is it for? and What is in it?

She also scored bonus points with me for providing a die-cut promotional handout given to attendees that mimics the bottle front and back and folds out to explain the design.

All in all, it was an enlightening and fulfilling design-driven day for me as for everyone in attendance to hear a number of industry Thought Leaders that included an impressive lineup of those from the retail and brand sectors.