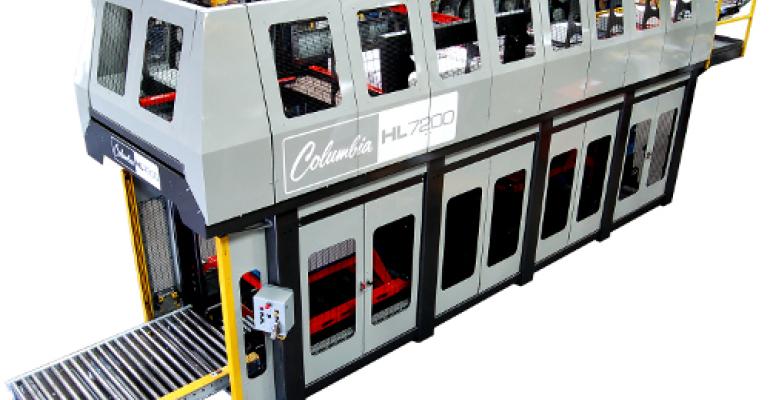 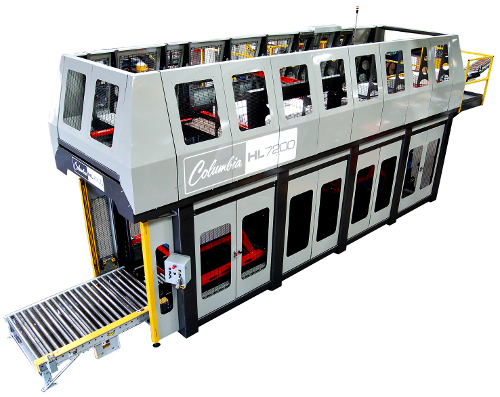 Today marks the debut of Columbia Machine's new high-speed, inline palletizer. The HL7200 operates at speeds of 72 to 120 cases per minute (depending on pattern). The system also touts an industry-leading safety package, ultimate in flexibility and high performance levels.

Flexibility: Columbia's new programmable laner technology with Columbia's proven soft turn and configurable layer table provides accurate and stable layer forming. And, according to the company, this is the first conventional inline palletizer where the operator can create new patterns or modify existing patterns via the HMI. This combination makes the HL7200 ideal for reliable handling of current and future package types and sizes.

Performance: Many standard features make this palletizer the easiest to operate in the industry, according to the company: Minor Servicing, dropped case detection, Smart Squeeze technology, multi-colored light stack to show machine status at a glance and advanced diagnostics and I/O status screens quickly communicate to the operator the status of the machine. 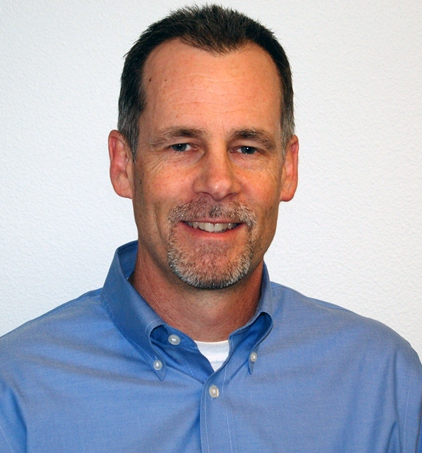 Ted Yeigh, sales director at Columbia Machine Inc., explains a bit more about the features and their benefits to users.

Q: You've focused on designing an industry-leading safety package for the HL7200. Why?
Yeigh: Safety is a high priority for Columbia Machine and, obviously, for our customers too. Three or four years ago, Columbia Machine made Category 3 Safety components standard on our entire product line. We were starting to see more and more customer specifications calling for Cat 3. When items are quoted as an option, they are more expensive than if that same content becomes part of a standard package. Yes, the base price goes up some when the content expands, but not nearly as much as if that same content is included as an option.

So, two things came together at the same time: One, it makes sense to offer machinery with the latest available technology. Columbia Machine does a great job embracing new technology. And, two, we knew there was already a demand and acceptance for machinery equipped with more safety content.

One additional factor came in to play when deciding what would be included on the HL7200. The demands for high throughput and increased OEE [overall equipment efficiency] led us to include the necessary components that allow for OSHA compliant "Minor Servicing." Minor Servicing is defined as "operations that are considered routine, repetitive and integral to the normal operation of the machine." When combined, these factors provide the latest in safety components and methodology and that adds tremendous value for the end user.

Q: How is the layer table more configurable than previous and/or competitive models?
Yeigh: The digitally controlled lane positioners are programmable through the HMI and allow the two outside lanes on each side of the laner to move to pre-programmed locations. This means that when a new product is created or there is a change to an existing package, a new layer pattern can be programmed in a matter of minutes without the need to hire a service tech. The layer table can be equipped with segmented pop up "stops" that allows for better control of the cases on the layer table.

For example, if you have relatively long but narrow cases, having the cases come up against a stop, allows them to stay square and in their relative position prior to the layer being completed and then conditioned or compacted as the layer moves through the palletizer. The stops are split side to side and can be located between any pair of rolls for maximum configurability.

The HMI gives operators the ability to change or add new pallet patterns, providing flexibility to accommodate a variety of products, including unknown future ones.

Q: What prompts and/or help does the system provide to optimize pallet patterns based on case and pallet sizes?

Yeigh: You have captured the point that patterns can be added or modified through the HMI. However, the layer patterns are generally created long before the product is run on a palletizer (they are entered into or programmed at the palletizer). The packaging engineers usually create the layer patterns while the primary and secondary packing is being designed, factoring in total load size desired by their customers, warehousing / distribution capabilities, load stability, shipping efficiencies and more. The palletizer is programmed to do what you tell it to do. It is not designed to "think" of an alternate pattern. An enhanced HMI package is available that includes graphical layer pattern creation software like Topps or Cape that is accessible via the HMI and via Ethernet. With the enhanced package, alternate patterns can be suggested but it would not recommend an optimized pattern.

Q: What is the Smart Squeeze technology and how does it work?
Yeigh: "Smart Squeeze" is included on all Columbia palletizers. As part of the recipe for a given SKU or product ID, the side squeezers (layer conditioners) are programmed to go to a certain position on each layer. If the side squeezers don't get to their pre-programmed position within a certain amount of time, the palletizer will go in to a controlled stop mode and provide feedback to the operator, through the HMI and stack light, that attention to the layer formation may be required. What this does is alert the operator that a downtime event has occurred, likely due to an improperly orientated case. The advantage here is that this can be corrected before a compromised layer is formed causing a potentially longer and messier stoppage later in the palletizing process. Smart Squeeze also helps to minimize product damage and increase overall uptime and throughput by raising OEE.