Retorts are hot for shelf-stable meals 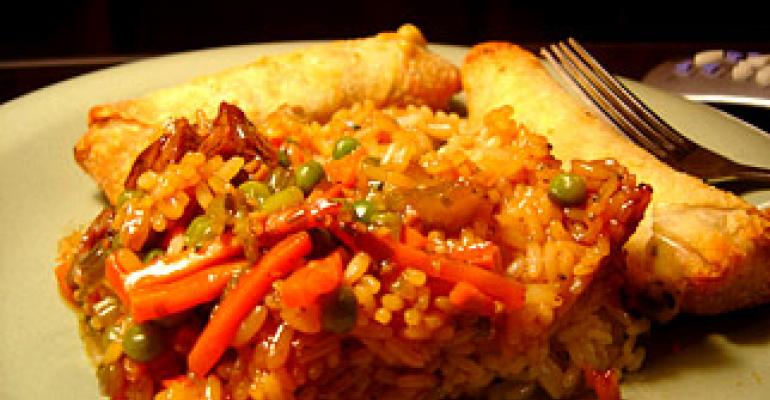 In November 2008, Truitt Bros. Inc., a Salem, OR- based company, opened a newly renovated 240,000-sq-ft food-processing plant in East Bernstadt, KY to support its growth in manufacturing shelf-stable foods. Truitt Bros. Inc was founded in 1973 by Peter and David Truitt and has become a market leader in contract manufacturing of shelf-stable foods for some of the world's largest food companies.
To thermal stablize its packages, Truitt installed 12 new water-immersion retorts from Allpax Products Inc. “As the market for portion-controlled convenience foods continued to build, we were starting to outgrow our facilities in Salem, OR, and decided, as a company, to expand east,” says David Truitt, co-owner.

“East Bernstadt is the perfect location—the epicenter of the eastern half of the States. Now every potential shipping destination in the continental U.S. is less than 12 hours away.” The new plant employs approximately 125 team members. 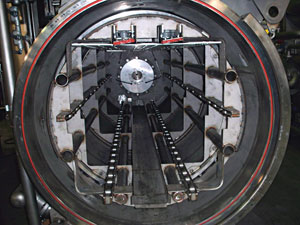 “We started looking for a retort company to partner with us a number of years ago and talked to several suppliers,” says Ron Davis, managing director and general manager, Eastern Operations. “We run different types of packaging, including large pouches and small trays, and the retorts had to be able to handle them all. We also wanted a U.S-based company that could respond quickly to our needs and give us good service. We installed nine Allpax retorts in our plant in Oregon in 2005, and they worked out so well that we bought 12 more when we opened the plant here in Kentucky.”

The Allpax rotating, water-immersion retorts at Truitt are equipped with self-contained hot-water preheat tanks, which are mounted above the retorts, and automatic, quick-opening orbiting doors, which pivot upward rather than opening outward, to save space. The preheat tank holds the heated water for the retorting process to save energy and reduce the cycle time.

Another feature of the Allpax retort is its patented, automated basket-clamping system that holds the baskets in place during agitation. This system employs air-inflated, silicone-based bladders on the bottom and sides of the baskets to hold them in place.

Flexibility instead of automation

Allpax retorts are available in sizes up to 72-in. diameter and capacities of up to eight baskets. The units at Truitt are 53-in. diameter and hold four baskets. Completely automated systems are available that load the product into the baskets, load and unload the baskets into the retorts and unload the baskets, all without human intervention, but Truitt elected a manual system. “We sacrificed automation for flexibility,” says Davis, “but it's still a very efficient operation.”

In this operation, a retort basket is placed on a hydraulic lift, which raises the basket as it is loaded. During PD's visit, Truitt was running 7-oz trays containing barbeque sauce over beef, beans and rice for a customer. Each basket holds 540 of these trays on 30 layers containing 18 trays each. An operator picks up a group of the plastic trays with a vacuum device and places them into the basket.

He then places a metal rack in the basket and repeats the procedure until the basket is filled. The basket, which is on a wheeled frame, is then moved to the retort and slid inside on rails. 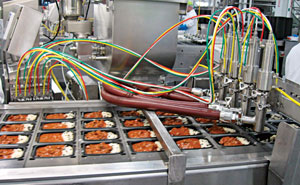 Allpax has developed a two-part control system for the retort operations: ALLVIEW and MONITOR. The operating parameters for each product are entered into the ALLVIEW system and can be called up automatically. A typical procedure might sterilize the product with 250-deg F water from the overhead tank for 25 min, followed by a cooling step that chills the product to below 100 deg F.

This step, which might take 20 min, would start with warm water that is progressively cooled until it may be as low as 60 deg F.

The system combines basic operator-entry functionality with password access to more complex functions, such as PID loop tuning; manual override functions for both analog and discrete control, retort process-step overrides and much more.

The ALLVIEW HMI platform provides a comprehensive, user-friendly interface for production managers, operators, and technicians in the retort room. It uses touch screen operation through the Allen Bradley line of products along with a screen design development customized for plant personnel.

The MONITOR retort control system, which was developed by food scientists and food process professionals at Allpax, ensures that each product is processed to exact sterilization specifications in accord with USDA and FDA regulations. It meets or exceeds the requirements of 21CFR Part 11, including electronic data fingerprints, audit trails and secure operator access restrictions. The host computer for this system stores product-configurable recipes that define the process parameters to be followed and automatically corrects for process deviations.

The MONITOR system is parameter-driven. The recipe parameters are configured for each processing step (come-up, cook, pressure cool, etc.) to control all of the retort valves automatically. Each processing step is defined by the time in the process step and the critical factor setpoints.

The Allpax MONITOR system gives the processor total flexibility to ramp or stair-step temperatures and pressures during the process. It includes comprehensive reporting for batch logs, deviations, alarms, recipes, and trends; robust electronic data fingerprinting; security configurations with privileges explicitly assigned to each user and other features.

Truitt has several heat-seal lines packaging shelf-stable meals ranging in weight from seven to 10.5 oz. The product is filled into trays, which are then heat sealed with plastic and placed in cartons. During Packaging Digest's visit, all three lines were running barbeque sauce over beef, beans and rice.

At the start of each line, Truitt installed an intermittent-motion tray sealer from Ossid LLC that incorporates an extended zone where product-filling systems can be installed. Different systems can be mounted for different products.

To start the process, a feeder on the front of the sealer deposits the trays into cavities on a conveyor that travels through the machine. For barbeque sauce over beef, beans and rice, the trays travel beneath a manual-filling station for mashed potatos, after which the trays continue into a filling system from Raque Food Systems LLC that deposits the sauce, beef and beans. The product flows from an agitated hopper next to the filler through clear plastic hoses to four piston fillers mounted above the conveyor, which deposit the product during the stop cycle.

Next, the trays enter the top-sealing zone. During each stop cycle, a plunger pushes film from an overhead roll down onto the trays, where it is heat sealed to their lips. During the sealing process, a vacuum is drawn on the trays to remove air after which the trays are gas-flushed. This results in a residual oxygen content of less then 0.5 percent.

The sealed trays are then conveyed past a Safeline metal detector and a checkweigher from Mettler-Toledo Hi-Speed. They continue to a station where they are manually loaded into the retort baskets as described previously. 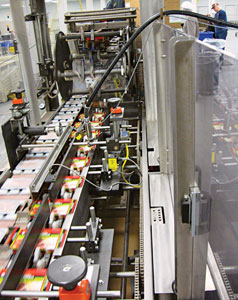 The trays are removed from the baskets with a vacuum system similar to that described previously and are placed on a conveyor that carries them through a machine where blowers remove water remaining from the retort. They then travel through an Eagle™ X-ray system from Smiths Detection that inspects them to be sure that there are no metal or other foreign objects contaminants.

From the metal detector, the trays travel to a cartoner from Kodiak Cartoners. Dual horizontal screws meter the cartons into the machine, and lugs come up behind each tray and push the individual trays through the insertion zone. Simultaneously, endload cartons from Graphic Packaging Intl. are removed from a magazine by vacuum cups, are opened and are placed on a parallel conveyor synchronized with the tray conveyor.

Horizontal pushers then extend and push the trays into the open ends of the cartons. As the cartons leave the loading zone, hot melt glue from a Nordson Corp. ProBlue 10 unit is applied to the end flaps, which are then plowed closed.

As the cartons leave the cartoner, they pass a Videojet Technologies Inc. Excell ink-jet printer that applies a lot code to one end flap. The cartons are then hand-packed into shipping cases, which are erected by a Model WF20 case former/case erector from Wexxar Packaging Inc. The WF20 is a fully automatic machine with tape head and toolless changeover.

The tops of the filled cases are taped shut by a 3M-Matic™ case sealer from 3M, after which the cases, which are completely blank, travel past two Imaje 4040 inkjet printers from Markem-Imaje Business Group which print the product name, lot code and other information on two adjacent sides. To accomplish this, after the first printer finishes, the case discharges onto a right-angle conveyor where the second printer is located.

The cases are hand palletized and the pallets are stretch wrapped by an automated A-Arm pallet wrapper from Cousins Packaging Inc. that features unique film cutting and clamping technology. This includes automatic operation in which the film wraps the pallet without requiring an operator to attach the loose end of the film to the pallet or cut the film at the end of the cycle.

The system can be operated from the forklift with a remote actuator that eliminates the need for the operator to get on and off the lift. The wrapper is equipped with a rapid-thread, powered film carriage that delivers prestretched film to the load, substanstally reducing the film cost per pallet.

The unique thing about this machine is that the arm is above the pallet load at the start of a wrapping cycle. When the turntable begins to turn, the arm lowers until it is just above the cases on the pallet, and a corner case on the load catches the film and pulls it around the load. When the machine completes the wrap cycle, a device cuts the film. The end of the film still remains attached to the arm, so it is ready for the next pallet load.

“Truitt Brothers is so proud of the addition of this beautiful facility,” says Truitt. “The State of Kentucky and Laurel County have been so supportive and welcoming. This success would not have been possible if it were not for all of the hard working and dedicated employees of Kentucky.”