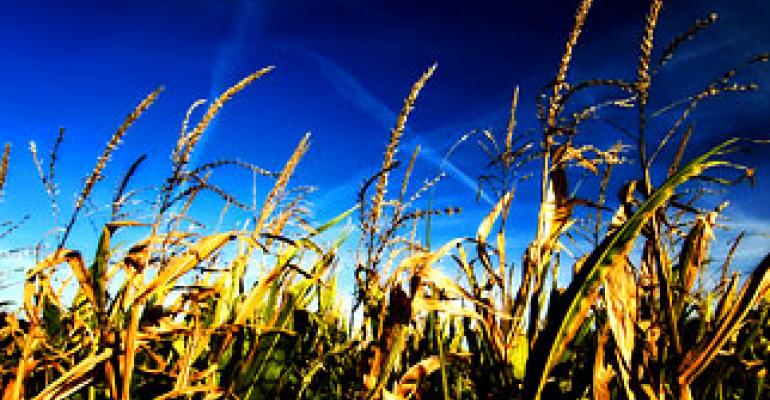 Some call it corn. Others say maize. It originally came from Mesoamerica (now Mexico) and is now the most widely grown crop in the Americas. At Battelle, it’s being converted into plastic by a team of innovative materials scientists.

For the past 18 months, Battelle research scientists Corey Linden, Byron Tolbert, Jeff Boyce, and their colleagues have been acting as pragmatic problem solvers, searching for the clues needed to improve bio-based replacements for petroleum-based plastics. “We’re not getting any more oil and that’s what most plastics are made from,” Linden says.

The idea of turning corn into plastic is nothing new — people have been doing it for years. But in some cases, end consumers were unimpressed with the properties and costs of what “green” products were on the market. A team from Battelle’s Advanced Materials Group realized that for a corn based bio-plastic product to be competitive in packaging materials, it must cost the same or less than its oil-based counterparts — a significant element when replacing older products with newer, bio-based ones.

In addition, the bio-plastic must demonstrate improved heat resistance and flexibility while remaining transparent. “Repeated inquiries from our customers drove us to invest our own money to investigate some of the problem areas,” Linden says. The Research Scientist says his team chose to work with polylactic acid (PLA) polymer, a commercially available material created from bacteria fermentation of corn.

The research team worked to improve both the material performance and cost as well as to ensure it maintained biodegradability. “That’s the other side of the coin,” Linden says.

The Battelle research team developed a quick test for biodegradability by analyzing commercial composting processes and scaling them down to pilot scale reactor size, eliminating the need to do formal, expensive standards testing. “Over time, we got all the elements balanced,” Linden says. Their findings were presented at a conference in Florida.

Now, with a test method in hand and extensive research in the area, the team at Battelle is looking forward to receiving specific feedback from users of the corn plastic. “We’ve filled some of the technical gap that we identified,” he says. “Now we need more gaps to fill.”

Interestingly, this is not the first time Battelle scientists have worked with PLA material. Many of the original patents in the area of corn based plastic are from Battelle staff. Some of the patents date back to the early 1990s, when members of Battelle’s Advanced Materials group conducted some of the ground breaking research in the area.