GPS Trackers Help Police Find the Thieves Who Stole Them 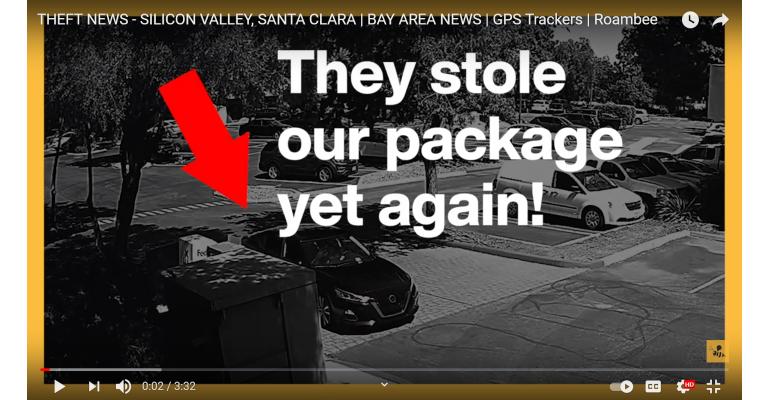 Crooks liberated the package of trackers from a carrier’s pick-up box, unaware that the contents of the box were showing investigators the location of the package — and thieves — in real time.

A pair of thieves in Santa Clara, CA, unwittingly participated in their own comeuppance after stealing a parcel of global positioning system (GPS) trackers from a leading carrier’s drop-off box on July 6, 2021.

The Roambee products had been shipped to one of the primary COVID-19 vaccine makers for use in tracking vaccine shipments, but the package was fished out of the drop-off box before the carrier could pick it up.

Closed-circuit television camera on a nearby building captured the theft, but more importantly, the GPS trackers in the package gave the Santa Clara police hourly information on the parcel’s whereabouts.

The thieves kept the package in their car for two weeks after stealing it, and the tracking data showed they covered 761 miles throughout the San Francisco Bay Area. During that time, the trackers were communicating with the cloud, revealing their location and movement to the police and Roambee in real time.

The police apprehended the suspects on July 18 — recovering all the stolen trackers — and are now tracking the package’s GPS audit trails through Roambee’s web platform. The audit trails show where the thieves drove during their weeks with the stolen parcel in their car, which may help investigators solve additional package thefts.

Roambee has been the victim of theft before. In 2017, burglars stole GPS trackers from the company’s office. Those suspects were apprehended within hours of the break-in.

GPS tracking products from Roambee incorporate artificial intelligence and Internet of Things (IoT) technology, enabling supply chain visibility and a verifiable chain of custody. The company reports that its customers include the top 100 global companies in the pharmaceutical, food, electronics, chemicals, automotive, packaging-and-containers, and logistics sectors.