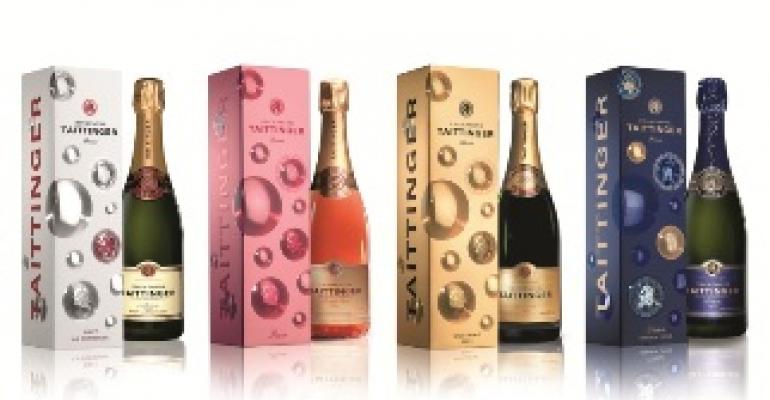 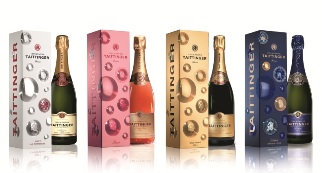 "Elegance, beauty, and passion define Champagne Taittinger and make the SAG Awards such a dazzling night. We are thrilled to toast to actors as their gifted performances have the power to move and inspire. This year I am delighted to introduce our new award winning 'bubble' gift packaging as the backdrop for the toast. The special golden bubbles accentuate the box, making it a perfect fit for Champagne and a glamorous opening to the red carpet," said Vitalie. The 'Bubbles' hologram-effect gift packaging is available in white for Champagne Taittinger's Brut La Française, pink for Prestige Rosé, gold for Millesime 2005 and blue for Prelude. The 3D sparkling bubbles give the appearance of being raised but are completely flat.

The toast's co-host Peter Facinelli has appeared in all five of the blockbuster "Twilight" films. Peter was one star among a galaxy of notable actors, including: Bradley Cooper, Daniel-Day Lewis, Hugh Jackman, Denzel Washington, Jessica Chastain, Marion Cotillard, Jennifer Lawrence, Helen Mirren, Naomi Watts, Robert DeNiro, Philip Seymour Hoffman, Anne Hathaway, Nicole Kidman, Ben Affleck and Jennifer Garner.
This year's broadcast was watched by 5.2 million viewers. According to a SAG press release, the 2013 SAG Awards remained the top trending topic on Twitter throughout the live simulcast, and during the 10PM encore on TNT. The SAG Awards was among the Top 10 topics on Twitter well into Monday and the show saw marked growth in Facebook, Google+ and Instagram followers in the weeks prior to the ceremony.