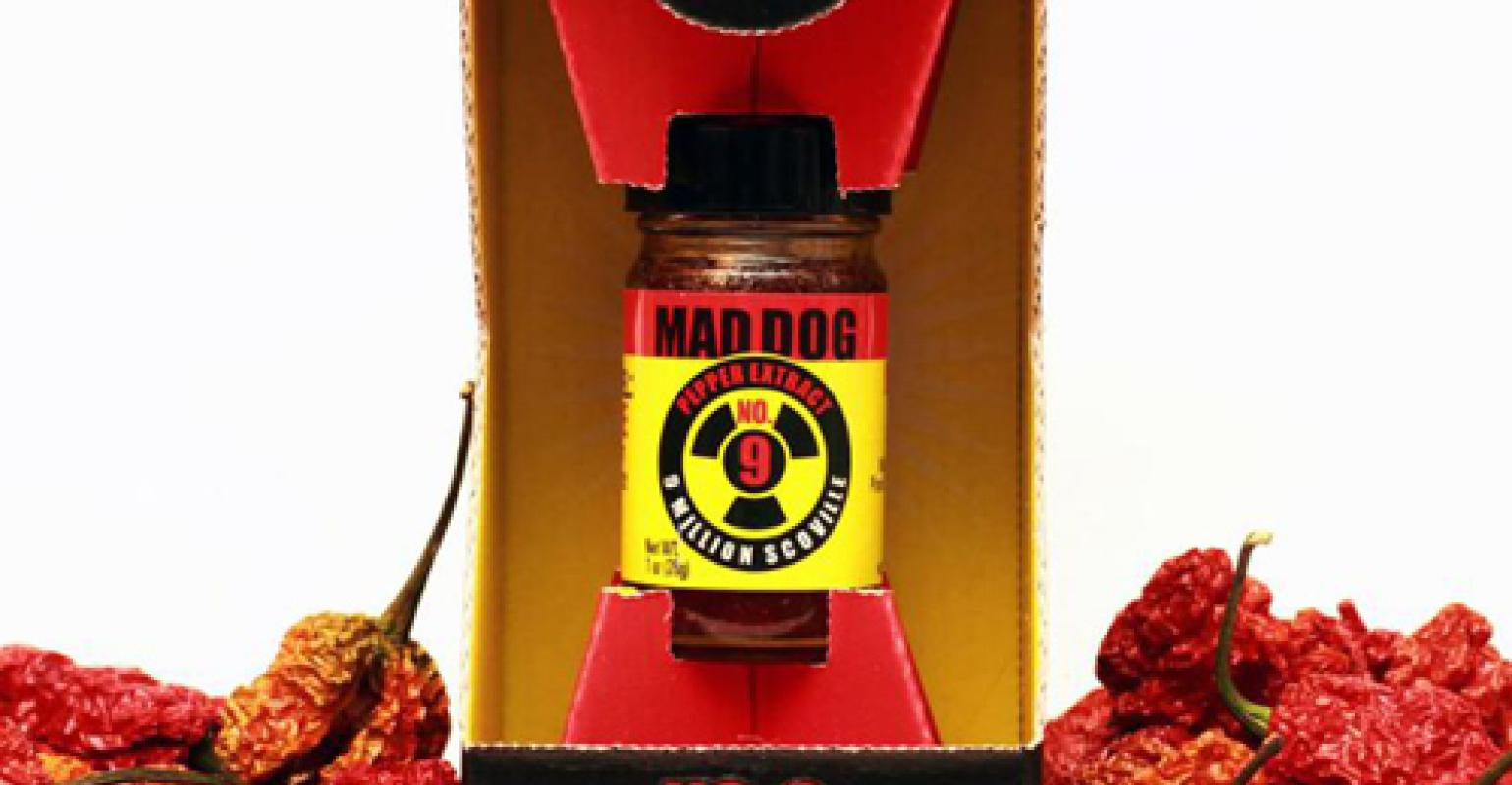 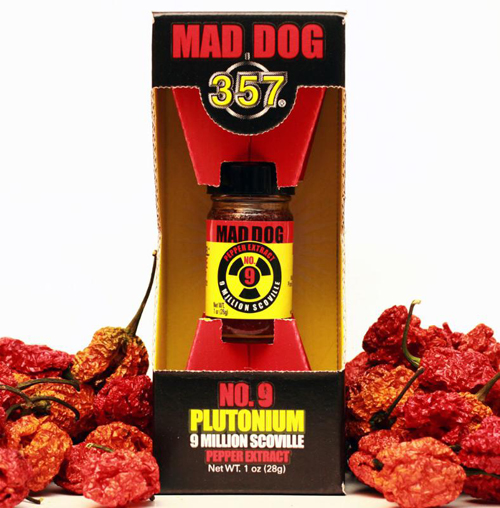 The Ashley Food Co., which has been making hot food products in Massachusetts for 23 years, has just produced one of the hottest pepper and purest extract currently available in the world: Mad Dog 357 Plutonium No. 9. It is a highly-refined extract of peppers from all over the globe.

"Our process produces one of the hottest chili pepper extracts on earth," says David Ashley, founder and president of Ashley Foods. "To give you a sense of how hot, take Scorpion peppers-currently the hottest in the world-which come in at 2,000,000 units on the Scoville scale-about 800 times hotter than tobacco sauce. Our processing for one bottle of Plutonium No. 9 starts with 1,000 ounces of raw peppers-1,000 ounces!-and ends up with 1 ounce of power-packed extract that registers 9,000,000 on the Scoville scale. It's pure heat!"

Because this is a painstaking and expensive process, Mad Dog 357 Plutonium No. 9 Pepper Extract is a premium product. It retails for $129.99 per bottle. "This is for the hot pepper aficionado," says Ashley. "The one who has to have the hottest, the purest, the best-and there is nothing close to it on the market."

Some may think that the retro "nuclear" packaging for Mad Dog 357 Plutonium No. 9 Pepper Extract is over the top, but this extract truly is dangerous, which is why the box contains a six-point disclaimer about how not to use it, with phrases such as: "can cause serious injury if directly consumed, ingested or applied to the body" and "I fully understand the potential danger if used or handled improperly" and "If I give this product as a gift, I will make the recipient fully aware of the potential danger if used or handled improperly."

"Those warnings are no joke," says Ashley. "If you get some of this stuff on your fingers and rub your eyes, you're in for a world of pain."

Ashley advises anyone who buys Mad Dog 357 Plutonium No. 9 Pepper Extract to never use more than one drop in any food or consume it directly. "One drop will give your dish enough zing for anyone," he says. "And I mean anyone."