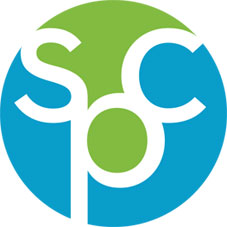 Since the advent of the industrial revolution, human activity has significantly altered the chemical equilibrium of the earth in a period of 200 years—a timeframe that hardly registers on the earth's geologic timescale. Sustainability for humanity is measured in generations. Thus, the rate at which society creates, uses and disposes of materials and the time it takes to cycle renewable materials are tremendously important. Why?

Materials that are considered renewable—either annually or perennially, like crops or grasses, or generationally renewable like trees—are incorporating carbon that is currently cycling within the biosphere, or that portion of the planet that supports life. During the growing season, biological systems take up carbon dioxide (CO2), and through photosynthesis produce renewable resources like plants and trees that can be used to produce materials. When these plants or materials biodegrade under aerobic conditions, they release carbon in the form of CO2, and there is no net CO2 contribution to the atmosphere. These "current" carbon materials are part of the carbon cycle, or carbon equilibrium, that currently defines our planet. Thus, they have the potential to be carbon-"neutral." The carbon equilibrium of earth has varied over the past 650,000 years and over numerous ice ages within a band between approximately 180 and 280 parts/million of CO2. But that is changing quickly. There is currently 385 ppm of CO2 in earth's atmosphere, and it is rising by about 2 ppm per year. As it has become clear that CO2 is building up, there is an increasing focus by governments, regulators, investors, corporations and societies on those processes and materials that result in the net addition of carbon or CO2 to our atmosphere beyond that associated with the natural cycling of "current" carbon.

Oil and coal are biologically derived resources that are renewed on a geologic timescale of tens to hundreds of millions of years. From the time perspective of humanity, these materials are considered nonrenewable resources. The combustion of these "fossil" carbon resources in the form of energy or materials (e.g., plastics) contributes carbon sequestered for millions of years in the form of oil or coal to the earth's atmosphere. This net addition of carbon is considered the predominant, anthropogenic mechanism for the buildup of CO2 in our atmosphere.

At the recent Ceres conference in Boston, author Bill McKibben cited that 450 ppm is the most significant number to humanity. It is the level of CO2 in the atmosphere associated with a 2-deg-C increase in global temperature beyond which point scientists believe we enter the realm of "dangerous" climatic consequences. At the current rate of annual increase, that's only 32 years away—not considering a more industrialized China or India. No doubt, carbon will be regulated in some form, probably soon. For related links, go to www.packagingdigest.com/info/green7.