How Virtual or Augmented Reality Can Help Your Packaging Line 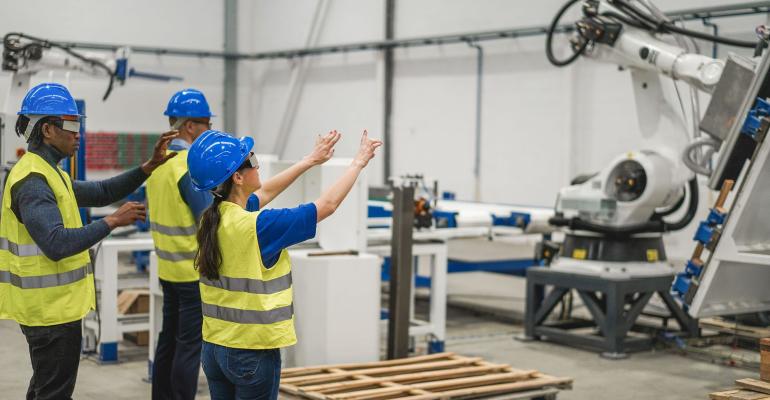 Sometimes it seems like milk is the only thing that is Realanymore.

Virtual reality (VR) is a range of technologies that can be as simple as a smart phone in a paperboard holder to a full motion aircraft simulator. In general, it is a computer-generated 3D environment that closely simulates the real world. Most commonly, it is a headset that blanks the outside world. Hand controls or gloves are used to manipulate objects in the virtual world.

Both have many uses and opportunities in packaging. Let’s look at how.

Packaging machines and lines are normally designed on 2D paper drawings. 3D CAD systems allow more realism. Neither is as good as getting hands on the actual machines. That can’t happen until the line is built, at which point it is usually too late to make adjustments.

TNA Solutions uses VR to simulate food processing and packaging equipment, as well as complete plants. A user with a headset and hand controllers can walk through the line virtually — climbing ladders, interacting with HMIs, opening and closing doors. This allows them to catch mistakes and identify improvements. This is much cheaper than doing it after the line has been built.

For a company like TNA that builds machinery in multiple plants, it is the only way to see the entire line prior to final installation. Both are much cheaper at this stage than after the line is built. Multiple users can interact with each other from multiple locations around the world.

Training is a giant opportunity for VR. Preparing a juice filling machine must be done in a prescribed, consistent manner — every time. Videos, instructors, and paper documents can leave somewhat to be desired. Training on the machine itself can waste valuable production time.

Mixed reality technology can give you a visual indication if an action has been done properly, such as during packaging equipment installation or changeover.

A drawback of VR is that developing the simulations can be time consuming and expensive. As it becomes more popular and better cameras and software are developed, this will be less of an issue.

AR has been used for years before people recognized it as AR. One application places machine information such as operating instructions, wiring diagrams, and part lists on the company intranet. The technician or operator scans a quick-response (QR) code on the machine with a tablet or smartphone, and everything they could need pops right up. (Tip for OEMs: Put QR codes on your components linking to catalog data sheets.) 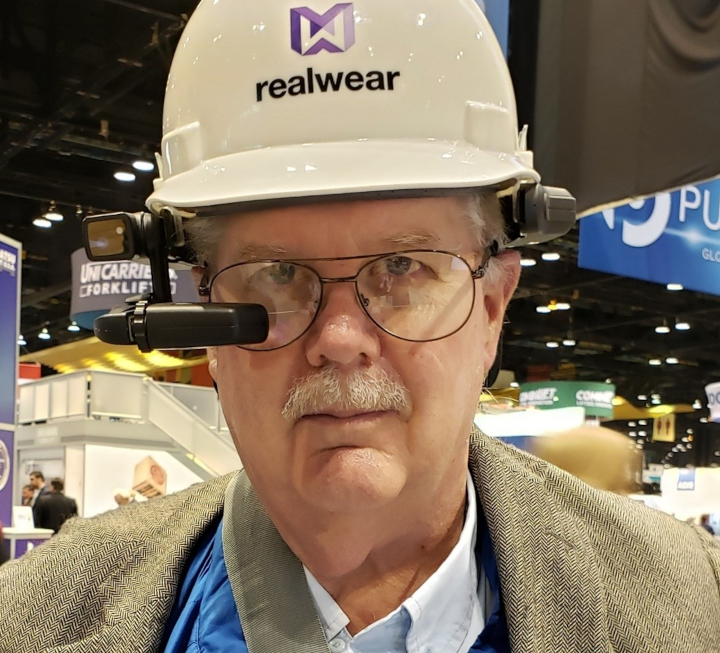 Juggling a tablet while working with a machine is difficult. Realwear and other companies offer handsfree solutions. These combine a display for viewing video or documents, camera for capturing pictures and video, and a microphone/earpiece for communication. The tech scans the QR code, and uses voice commands to get to the desired page. If help is needed or a part needs to be ordered, a voice command initiates a video chat with tech support.

Light Guide Systems projects images that can be used to aid in assembly of medical kits and other products. A projector is mounted above the assembly station, as each part is added, the operator touches a virtual button to project the next one.

Another use is guiding dis- and re-assembly during machine changeover.

Help Lightening allows remote support to see what the onsite tech sees. But it goes further. Support can interact over video to show exactly what the tech needs to do. Help Lightening calls this “hands in” since it allows a much more intimate level of support than a plain video call.

Good employees are hard to find and train. As machines and processes get more complex, even the best may find themselves overwhelmed. Increased employee turnover prevents the accumulation of experience as in the past.

Virtual reality allows faster, deeper training of new employees. Augmented reality reduces the need to carry information around in one’s head. Ease of access via AR means that it is more likely to be used than when the info requires a walk back to the shop for an instruction book.