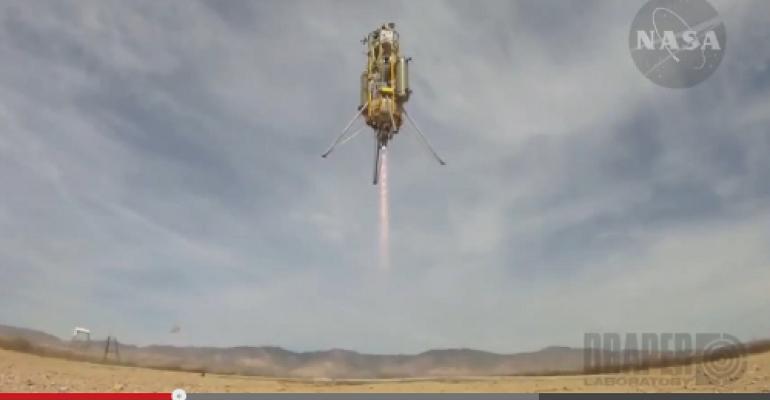 I first started thinking seriously about artificial intelligence in the mid-1960s. Despite my head being filled mainly with air at the time, I made the attempt to think about how one could hope to develop something resembling intelligence in a computer. Even then, I realized that the smartest computers available didn't have the brains God gave a potato bug. Being a science-fiction fan, I wondered how it would be possible to create something as smart as the thinking machines authors like Philip Dick and Isaac Asimov described.

It started with wondering how to make a machine-vision system automatically focus on an object using the two views of binocular vision. I quickly realized that the problem had a simple and elegant solution, but that it was well beyond the capabilities of the stone-headed computers of the time.

My thought experiments led me to the conclusion that development of machine intelligence would stall fast unless computers were required to deal with real-world problems, and that wouldn't happen unless they had bodies. They would have to be some sort of robot.

Since then, I've come to realize the things would also need a sense of purpose. Otherwise, what is the point? Without a job to do, a machine is just a rock. Even a doorstop has one up on a machine without a purpose.

Just yesterday, I ran across a press release about Xombie, which is a suborbital rocket NASA hopes to employ as a test bed for technologies needed to automatically land and take off from the Moon or Mars. It's run by an avionics system called GENIE (guidance embedded navigator integrated environment) developed by the nice folks at Charles Stark Draper Laboratory up in Cambridge, MA. 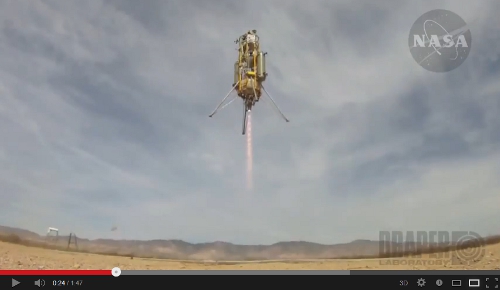 The release told about a test where Xombie took off from a launch pad in Mojave, CA, and climbed to an altitude a bit over a quarter of a mile. Most importantly, the little guy then travelled over to a target landing point 300 meters away from the launch pad and executed a controlled descent to land vertically. To download the video, visit http://youtu.be/xMQeNIqRyZw.

Well, it's a feat human pilots have, for decades, tried to perform with, at best, limited success. The problem turned out to be that human sensory systems aren't set up to allow horizontal flight combined with controlling a descent to landing. It requires a horrendously complex mechanism (such as a helicopter or Harrier Jump Jet) to compensate for the human pilot's inadequacy.

Xombie needs none of that. It has its own body, along with a sensory system and brain (GENIE) designed specifically to deal with its unique task in its unique environment. With this combination of body and mind, the simple rocket system makes it look easy.

THAT's what we need to make really smart machines.