The Strapmaster strapping machine from GO Packaging is considered one of the leaders in the market for high production strapping. Naturally, having been in the field for a numbe

r of years with nearly a thousand systems in place, some of the technologies have advanced. Morris Gant, GO Packaging's national service manager and equipment specialist says, "We wanted to be able to upgrade systems already in the marketplace with the same high-level control system that we are using on newly produced machines. We needed a motion control system that was versatile enough to handle, and allow us to maintain, our current motors, sensors, and feedback but also provide higher precision control."

A strapping machine is used in the packaging industry to place a plastic band (strap) around a box or other container for closure and security. The Strapmaster was designed for use in high-end, high-speed packaging operations, where literally thousands of products are being prepared each day for shipping. Often, the Strapmaster is in operation 24/7. Go Packaging supplies a wide range of customized strapping products for the machines, including colored strapping, customized printed strap, various core sizes, and a wide range of break strengths and widths. Regular duty and high tensile steel strapping is also available in a wide range of sizes and gages to meet any customer requirement.

The Strapmaster provides operator controls, as well as indicator lights for machine status. Units are loaded so that they are automatically fed, thus eliminating complicated and unreliable slow coil exchange systems. The Strapmaster is fitted with DC brushless servo motors to directly drive the seal head, the variable speed conveyors, and the feed/tension drives replacing wear-prone clutches, couplings, belts, and brakes.

By maintaining the current motors and control components, the latest upgrade was meant to minimize any impact the control system might have had on the new production models. The company also wanted to assure that they could deliver a simpler upgrade to current customers of the Strapmaster systems that were already in the field. After all, they wanted to offer the opportunity to their customers to replace their old control system with a current, more advanced and more reliable technology if they chose to do so.

Morris says, "We selected Delta Tau Data Systems' GEO Brick Drive machine controller to replace obsolete and proprietary technology, while incorporating all components into a single unit (Brick). The GEO Brick Drive replaces a proprietary system that was not only very expensive, but required analog system components. The analog systems have, for the most part, been replaced by digital drives (the drives are included in the Geo Brick Drive), which often deliver a more reliable overall control package. The primary feature is that GO Packaging replaced a proprietary system designed in 1995 with a current "off-the-shelf" system, which is an incredible benefit when customers consider future maintenance requirements.

For the Strapmaster, the GEO Brick Drive controls three servomotors and one AC induction motor that have been incorporated into the machine. The servos have been designed in to control the sealing head camshaft rotation, which functions to engage the devices that cut and seal the strapping material. The second servomotor is a high speed feed and tension motor that feeds the strap around a track and then reverses during the cycle to tension/retract the strap around the package. The third servomotor, the conveyor motor, controls the package's movement through the machine.

The AC motor is used to pull the strapping from a wound reel into the machine where it loads an accumulation chamber. The greatest advantage to incorporating servomotors in the system is because they have the ability to replace the older and more traditional means of using clutches, gearboxes, and other power diverting or transmission devices. Through superior engineering, up to 40 percent of the moving parts and wear items normally associated with strapping equipment have been eliminated in the Strapmaster. The machine is capable of strapping up to 45 units per minute and the average machine currently in the market has 30 million cycles on it.

The most time consuming porti 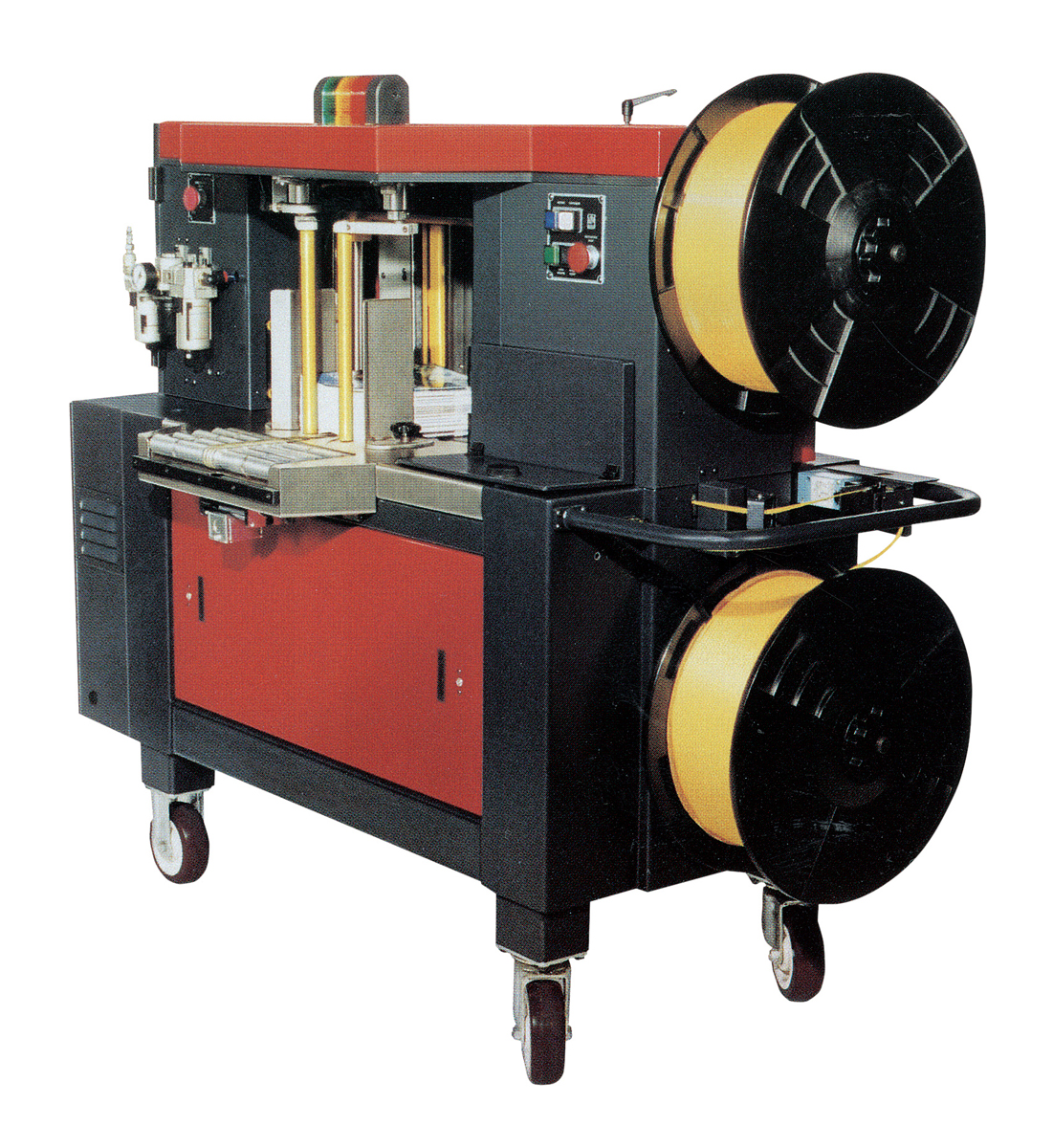 on of the Strapmaster's design was in integrating the variety of different motors and the timing associated with that integration. All three motors had to work in concert, so timing was very critical. According to Morris, having an old system to operate as a baseline was beneficial, but still challenging. The company spent two years of development time on the Strapmaster, so there was plenty of time to become familiar and test out the software. Morris says, "We have now been able to move some of the knowledge concerning the programming of the system in-house."

Morris says, "Overall, the Geo Brick Drive provides us with the opportunity to maintain long term improvements in the system, which means that we will be able to preserve our superiority while moving forward in increments," Future interests for the Strapmaster include areas where additional speed and additional opportunity to introduced I/O will allow GO Packaging to move the machine into new markets.