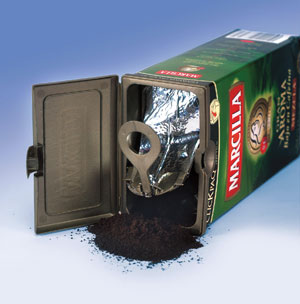 's produce packaging has to have it all: brains, brawn and beauty. The ideal container accomplishes this trifecta by showing off and protecting its contents, and maintaining produce quality. And packaging manufacturers are always looking to improve. Take, for example, the recent developments with modified atmosphere packaging (MAP). Packaging consultant Jeffrey Brandenburg told SN that in addition to the traditional MAP for produce - which allows gases to move in and out of the package to improve shelf life and quality - there have been developments made in "active atmospheric modification."

"The packaging is actually able to inject gases into the atmosphere inside the package," said Brandenburg, president, The JSB Group, Greenfield, Mass. "So instead of playing a passive role where it's allowing the fruit to draw the gases in and out through the fruit's respiration, the package itself is participating in that process."

MAP packaging is also being developed to work with liquids. The liquid management packages trap the liquid from fruit and move it to a separate part of the packaging, so the fruit isn't stewing in its own juices, Brandenburg explained. This method not only improves the product's look and taste, it also cuts down on microbial activity.
Although MAP is often used for cut fruit, Brandenburg said the industry has been applying these methods, including liquid and ethylene management, to bulk products to keep products as fresh as possible on the way to the processor.

These efforts illustrate that even with convenience fruit, shoppers are looking for taste. The industry is putting new priority of maintaining quality in addition to shelf life. "So appearance helps you for the first time buy, but if you want people to come back and buy it again, not only does it have to look good, but it's got to taste good," Brandenburg said.

While quality is critical, produce appearance plays a big role in getting items into shoppers' carts.
"Most people buy with their eyes, I think," said Paul Kneeland, vice president of produce and floral at Kings Super Markets, Parsippany, N.J. "In the past, I've always said that produce purchases are about 60% impulse."
According to Kneeland, retailers need to look at packaging as "creating an impulse."

One way Kings inspires impulse is by experimenting with different package sizes and shapes.
For example, after Kings exchanged a two-pound container for a 24 oz container, unit and total sales of the item went up. Customers don't want to throw out fresh, expensive product, but they are still looking for convenience, Kneeland said.

People are also interested in resealable containers for convenience, which Kneeland attributes to family sizes shrinking. Kneeland prefers resealable clamshell packages over resealable bags for their appearance and durability.

While package size plays a role in the produce department, sales can be linked to the package shape, as well. Kings went from using a round party tray to an oblong shaped one to give a better product presentation.
And it seems that variation itself may appeal to shoppers. Kneeland often changes the landscape of the produce department by switching up the shapes of the fresh cut fruit containers. He's used round, square, and saucer shaped containers.

"It is strange that I can go from a round container to a square container and see a boost in sales. And then it kind of comes down and settles down," said Kneeland.

Sunflower Farmers Markets, Boulder, Colo., also experienced a boost in sales linked to a change in package shape.
"Well we actually did just change our cut fruit in the last few months from a tall, cylinder type of package to a rounded bowl and we did see an improvement in sales due to that," said Mike Krage, director of sales and merchandising for produce and floral at Sunflower.

Krage noted another contributing factor to the sales boost could be the new package's safety seal, which he feels is an enhancement his customers prefer.

Krage also pointed out the importance of good labeling. Packages recently have been calling out the benefits of fruit and vegetable products. In particular, he thinks the "superfood" description really resonates with consumers.
While consumer packaged goods have long used packaging to bring attention to certain ingredients or nutritional aspects, produce packaging has only recently become more aggressive in educating consumers about specific health benefits of fruits and vegetables.

"Consumers like to know when they eat a product, why is it good for them? So calling out the nutritional attributes is a good thing and how they can enhance the health of the consumer that's using it," Krage said.
Another way produce packaging is reaching out to consumers is through meal ideas for shoppers who are looking to expand their cooking horizons. "People are very hungry to learn how to use [products] differently to enhance their at-home meal preparations," Krage said.

Many of the finalists for this year's Produce Marketing Association Packaging Impact Award (see "PMA Impact Award Finalists Announced" pg. 51) reached out to customers through packaging. Dan'l Mackey Almy, member of the preselection team who determined the award finalists, noted she was starting to see more engagement between the consumer and the packaging.

"The ones that we felt like were really making a direct relationship, plenty of the product was visible, but there were consumer inspirations on there to help connect that individual with that product." said Mackey Almy, president and owner of DMA Solutions, a produce marketing consultancy based in Irving, Texas.
Mackey Almy gave the example of a mushroom product that called attention to its vitamin D content.
"People who know they need more vitamin D would be really glad to know that mushrooms were a source of that."
Other consumer inspirations included effective messaging, increased convenience or interesting marketing aspects, like offering QR codes for customers to receive more product information through their mobile phone.

Although it did not make the list of finalists, another stand-out entry for Mackey Almy was a product called Beer Lime. The product, made from recycleable materials, extends the shelf life of limes by weeks. Mackey Almy sees this kind of product appealing to convenience store shoppers who want to make a quick stop for beer and limes.

For supermarkets, the item "is also an interesting way to get fresh produce marketed into other sections if you're looking at a larger format grocery store that actually carries alcohol."

Expert Breaks Down Packaging Machinery to its ABCs
Jun 11, 2021