System integrators are a diverse lot 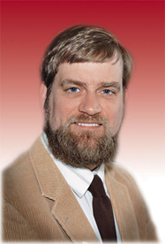 Back in June, this column addressed the design, implementation and follow-up services that automation system integrators offer in general. System integrators that focus on the packaging industry in particular have their own specific preferences and characteristics.

Not surprisingly, packaging system integrators tend to focus on the food and beverage market. Of the 461 integrators surveyed for last month’s Packaging Integrator Guide, 83 percent cited food and beverage as a market they serve most. General material handling was second at 75 percent, followed by other processing industries (69 percent), automotive (68 percent) and general manufacturing (66 percent). Automotive? Apparently, packaging system integrators are a diverse lot with a wide range of interests.

The most common services these integrators offer is the installation and configuration of programmable controllers (84 percent) and human-machine interfaces (80 percent). Ironically, packaging was cited by only 53 percent of those listing engineering specialties, placing it 25th behind such non-industry-specific skills as general automation (77 percent), motors and drives (75 percent) and process control (74 percent).

Consistent with those results are the brands of automation-specific products with which the survey’s respondents said they have the most experience. A whopping 92 percent cited Rockwell Automation or a division thereof as one of the vendors they use most. Siemens Energy & Automation was second at 74 percent, followed by Schneider Electric (70 percent), Wonderware (69 percent) and GE Fanuc Automation (67 percent). All of these vendors offer programmable controllers and/or human-machine interface software.

These same vendors took top spots in the category of corporate affiliations and partnerships. Of those respondents listing any vendor affiliations at all, 58 percent claimed to be a Rockwell Automation partner of some sort. In this category, however, GE Fanuc Automation was second at 42 percent, followed by Wonderware (41 percent), Siemens Energy & Automation (31 percent) and Schneider Electric (30 percent). (See next month’s column for more on system integrator partnership programs.)

There was much less unanimity among the respondents regarding professional affiliations. Only the Instrumentation, Systems and Automation Society and the Institute of Electrical & Electronics Engineers were cited by more than one-third of those surveyed (39 percent and 35 percent, respectively).

Ironically, the Institute of Packaging Professionals placed 52nd, having been cited by just 2 percent of the respondents. Packaging system integrators are even less particular about the geographic areas they serve. Every region of the U.S. was cited by at least two-thirds of the respondents. Theoretically then, there is no packaging facility anywhere in the country that is not within the service area of at least a few integrators.