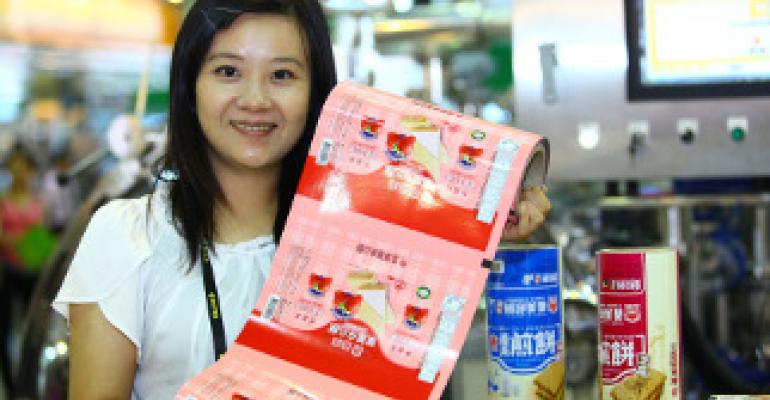 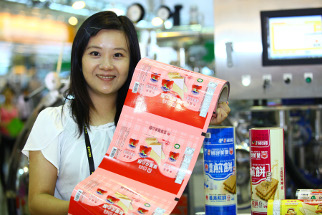 Even with the worldwide economy slowing slightly, most Asian packaging markets are in a comparative boom cycle as the middle classes in these developing countries flex their new-found buying power.

Taiwan, which has been known as one of the Four Asian Tigers, a group that also includes Hong Kong, Singapore and South Korea, is a prime example. The Asian Tigers had their economies develop rapidly (more than 7 percent annually over much of the last four decades) based on rapid industrialization and policies that promoted export to developed countries like the U.S. and Japan. In the last decade, China's growth has overshadowed other countries in the region, as that country has expanded its industrial base and exports even more rapidly than the Tigers.

Taiwan showed its packaging prowess at the recent Taipei Pack trade show that was held in late June. The Taipei Pack show was co-located with Food Taipei, Foodtech & Pharmatech and HORECA, a show for the hotel and restaurant industries. Together, the exhibitions attracted over 1,500 exhibitor companies and more than 60,000 visitors, according to TAITRA, the Taiwan trade group that sponsored the events. Taipei Pack itself had 185 exhibitors displaying a range of packaging equipment and materials. With a heavy emphasis on food and beverage, the combined shows illustrated virtually the entire food chain of the island country, supplemented by national pavilions representing 28 other countries.

Changes in the Asian region have presented challenges for Taiwanese packaging OEMS and materials suppliers. Not so long ago, the U.S. was Taiwan's largest export market, receiving nearly 40 percent of its exports. Today, that percentage is down to about 11 percent, according to Taitra. At the show opening, Kuo-Hung Lin, chairman of the Chinese Taipei Packaging Assn, addressed the enormous opportunities for Taiwanese companies in developing Asian countries such as India, Vietnam, Thailand, Malaysia and Indonesia. Despite past frosty relations, China has become a major source of business for Taiwanese companies who are exporting equipment and materials to that growing market.

In fact, Lin indicated that a number of Taiwanese companies have actually set up manufacturing operations there to take advantage of lower costs and to be closer to that emerging market. However, as one exhibitor said, a major concern with selling and manufacturing in China is that you may see your technology copied in a short amount of time.

One exhibitor, Benison & Co. Ltd., is both a manufacturer of packaging equipment and a variety of films. Recher Wang, section manager of Benison's Overseas Business Div., says over half of his company's products are exported and consumables account for nearly 70 percent of their business. He noted that increasingly, international consumer product goods companies such as Unilever want to use eco-friendly materials in all their markets. Because of this, he says, Benison is placing a greater emphasis on films such as easily recyclable PET and biobased materials such as PLA.

When it comes to packaging equipment, he noted that packagers in countries like the U.S., Germany and Japan require high-tech, highly automated machinery. In Asia, he explained, his company's customers seek high-speed machinery with simple features. Cost is a major concern, he says, especially in companies managed by first-generation owners. He added, however, that many second-generation leaders have a Western education, and they are more open to paying for added features that can enhance productivity, especially as labor costs start to rise across Asia.

Since many electronic goods are manufactured in countries like Taiwan, business is expanding for companies such as Cheng Loong Corp., a Taiwan-based producer of paper packaging with four paper mills and six paper box plants across Asia. As as exhibitor at Taipei Pack, Cheng Loong featured examples of preprint cartons used as secondary packaging for devices such as computers.

The Asian region is home to a variety of ethnic foods that require special processing and packaging. For centuries, consumers have purchased unprocessed fresh products almost daily in markets that dot the cities and villages. Now, however, more shopping is being done in supermarkets. Packaging is becoming more sophisticated. The use of folding cartons, flexible, aseptic and retort packaging are growing rapidly. Many households have smaller refrigerators, so packaging with extended shelf life is important. Food safety also has become a major concern, as some manufacturers-especially in China-have cut corners to include dangerous ingredients in their packaging.

For more information about Taipei Pack, please visit www.taipeipack.com.tw. For information on packaging trade with Taiwan, contact the Chicago office of the Taiwan External Trade Development Council at 312-819-7350, or visit their website at www.chicago.taiwantrade.com.tw.

Food items are popular gifts among people living in Asian countries like Taiwan. This has given rise to elaborate and beautiful cartons for such products as liquor, tea, rice candy and smoked fish. 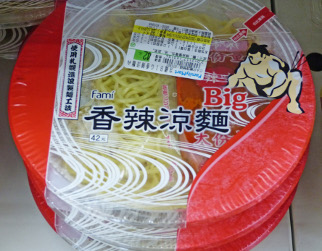 TAIWANESE USING THEIR NOODLES
With more than 60 percent of the world's population, Asia has a lot of mouths to feed. In recent years, one of the most popular foods there has been the instant noodle or ramen, according to Kevin Lin of Keed Automatic Packaging Machinery in Taiwan. Developed in Japan in the 1950s, its popularity has spread around the world. Available in more than 300 flavors tailored to regional tastes, an estimated 98 billion bags or cups of instant noodles will be sold globally this year. China alone accounts for 42 billion ramen packs, while the U.S. is the fith largest consumer of instant noodles at about 4 billion packs.

The best seller in China is Taiwan-based Tingyi, whose Master Kong brand owns 43.3 percent of the Chinese market. In other parts of the world, CPGs like Nestle, Unilever, Nissin Foods and GlaxoSmithKline all are claiming their stake in the global instant noodle market.

It is claimed that instant noodles were the first ready-to-eat food available globally. It's easy to see why. Ramen is afforadable and offers convenience, speed and taste. Lin says it is most commonly packaged in flow-wrapped polypropylene or oriented polypropylene bags. He says some factories literally have hundreds of these machines set up to package product that meets the growing demand that is expected to double by 2017. Another increasingly popular packaging type for instant noodles are styrene cups that offer convenient bowls once hot water and flavoring packets are added. 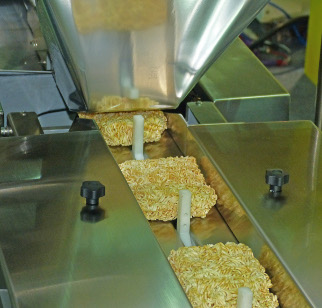