Why are robots so SCARA-y? 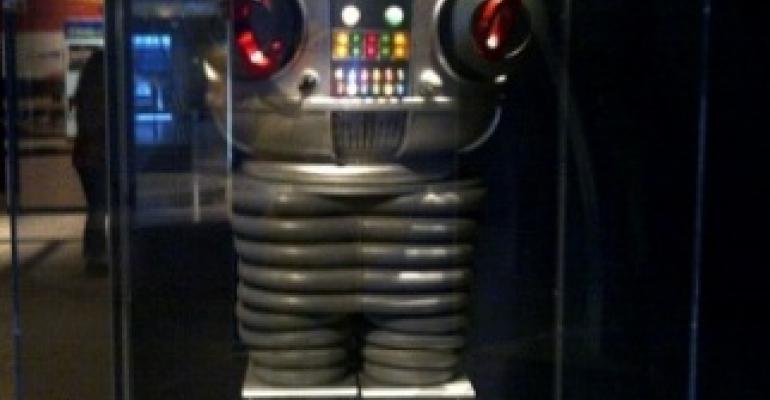 Robby the robot from Lost in Space 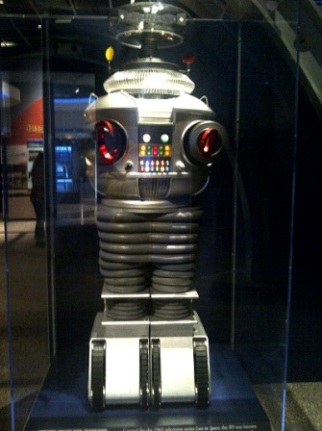 Yeah, I know. The pun in thise entry's title is unworthy of even my benighted word processor, but I've never let such considerations stand in the way of a good joke - or even a bad one. That said, it's not really a joke. It's a comment on a feature of real robot development that might surprise early robot imagineers, such as Karel Cepek, who introduced the word "robot" to the world in his 1921 play R.U.R. and Fritz Lang, who gave us the 1927 film Metropolis, for which this blog is named.

Those science-fiction pioneers envisioned robots as being anthropomorphic - indistinguishable from real, natural human beings. Cepek's droids looked exactly like people. Lang's more sophisticated vision looked like a cross between a suit of armor and an espresso machine until it came to life in the rather pleasing form of ingenue actress Brigitte Helm.

As time went on, and robotic technology progressed from speculative fiction to commonplace reality, our vision of what a robot would look like became less human. The middle ground showed up in the 1950s and 1960s with Robbie the Robot from Forbidden Planet, which looked like a cross between the Michelin Man and a Wurlitzer juke box, and B-9 from Lost In Space, which looked similar except for having a head that looked like a flattened bubble-gum dispenser. These clearly looked like machines with arms and legs, and only vaguely approximated human form.

Today, most robots don't look at all anthropomorphic. Most of them are SCARA (selective compliant articulated robot arm) robots with a fixed base and three joints (one rotator and two hinged) enabling the robot to place an end effector anywhere within a constrained hemispherical working space. There are also a great many mobile robots that generally look like Sherman Tanks.

It should come as no surprise that, as we've come closer to understanding the tasks we want robots to do, robots have stopped looking like us, and taken on a wide variety of forms corresponding to the wide variety of jobs we've thought up for them to do.

C.G. Masi has been blogging about technology and society since 2006. In a career spanning more than a quarter century, he has written more than 400 articles for scholarly and technical journals, and six novels dealing with automation's place in technically advanced society. For more information, visit www.cgmasi.com.
.