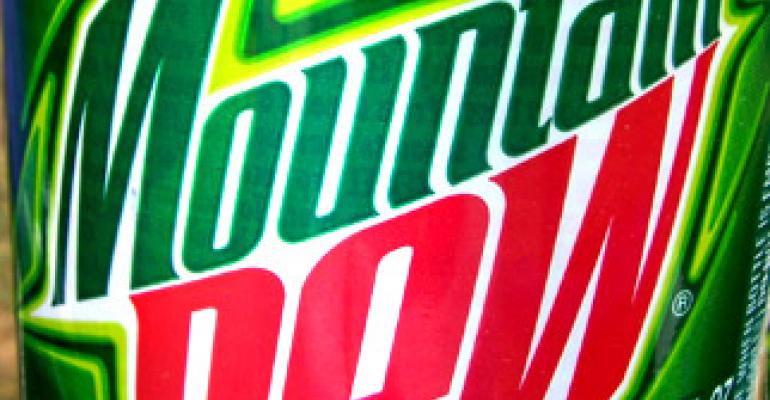 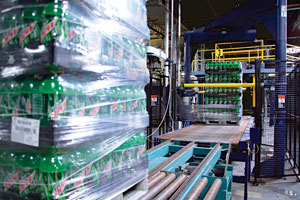 Buffalo Rock Co., a Birmingham, AL, family-owned Pepsi and Cadbury Schweppes bottler, is nimble enough to make the right decisions quickly. So, when given the opportunity to shake down an alpha model of Lantech's patent-pending No Film Break stretch-wrapping machine in 2008, it took the offer right away.

“At the time, we were planning to buy an equivalent Lantech rotary-arm machine and determined that this alpha machine trial was a low risk to us, with the manufacturer standing behind it and able to monitor its performance through an online connection,” recalls George Garrison, general manager of manufacturing at Buffalo Rock. “This technology was brought to us by our film supplier, from whom we purchased the Lantech wrapper. In the worst case, we'd have a few days of downtime to bring in a standard machine if the new one experienced excessive stoppages,” he adds.

Far from being a source of line stoppages, the new wrapper is all but ignored by Buffalo Rock's line operators, who tend to it only for film reloads. In fact, the No Film Break machine is so predictable, Garrison says, that line operators often load it with scuffed or partial rolls of film that have caused stoppages on other stretch- wrapping machines in the plant. As a result, overall film yield at the plant has improved. 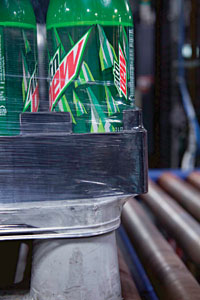 “It's hard to say by how much it has improved, because we have seven other wrappers without this technology. A guess would be 15 to 20 percent,” Garrison tells PD. “Most of the savings comes from being able to run rolls of film that may have a defect, that wouldn't run on other wrappers. We can now run that kind of film on our new wrapper,” he says.

A first in the plant

Having success with an earlier Lantech stretch wrapper, Buffalo Rock again contacted equipment/film distributor Piedmont National about getting another wrapper, Garrison remembers. The type of machine that the bottler needed was similar to an all-new model Lantech was readying for field trials with its patent-pending No Film Break technology.

Garrison says that a critical issue with this equipment or any other stretch wrapper is consistent output of the bottling line. “When we run 40 to 55 pallets an hour, any stoppage at the stretch wrapper requires immediate response from the operators,” he says. “That's been a non-issue with this particular machine, and a first in our plant. The uptime improvement and the ability to consume entire rolls of film are both great advantages to us.”

Being one of the largest Pepsi bottlers and a full-line vending, catering and foodservice supplier, Buffalo Rock is now also the largest General Foods distributor. Founded in the late 1800s, the company established itself in the soft-drink business with its own product line, Buffalo Rock Ginger Ale, which it still makes today. Its main plant in Birmingham operates eight production lines for bag-in-box, canned and bottled beverages, supplying 45 million cases/year to its own distribution centers in the region, as well as others.

On the end of the eighth bottling line, which bottles assorted Pepsi products, the company began installing a Busse/SJI depalletizer, an ArrowFlo® air conveyor from Arrowhead and other systems. In 2008, it installed a new 80-valve Bevcorp bottle rinser/filler, a new palletizer from PAI/Production Automation Inc. and the Lantech stretch wrapper. The line now fills 400 2-L bottles and 800 20-oz bottles/min.

“After seeing videos of this new stretch-wrapping machine wrap loads without tearing the film from a roll of stretch film that had a hole cored into the side of it, we agreed to accept it,” says Garrison. “And that's the way it has performed for us ever since—head and shoulders above anything we have seen before.” 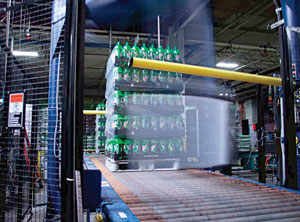 The new rotary-arm straddle machine was designed for high-speed operations like Buffalo Rock's, with an in-line high-speed palletizer. Rated to wrap pallets at speeds up to 80/hr, and available with an option for 100 pallets/hr, the machine can handle various consumer and industrial products as well as shelf-ready packages and order-picked loads of mixed goods.

The No-Film-Break technology uses a metered film payout as the film roll carriage feeds prestretched film that recovers on the load to produce containment force. The machine also includes a Pallet-Grip® load-locking device, which bottom-wraps a load to the pallet and twists the film into a cable along the lower edge of the film web. According to Lantech, the film cable is wrapped with 50 percent more wrap force than without the film cable process. The film cable is secured below the deck of the pallet, while the remaining film web stays above the deck to secure the load. During the wrapping cycle, the machine positions the Pallet-Grip film cable above a forklift entry area, which allows a forktruck to pick up the load without puncturing the bottom wrap of film and compromising containment. 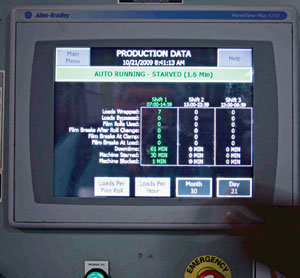 Another feature that Lantech is introducing on the machine is a new visual-management system that provides detailed productivity reports to floor personnel or, via Ethernet, to a central monitor. Data tracked and charted in the machine control include machine capacity vs. true utilization, stoppages for starvation, film blockages or breakages, loads wrapped/hr and the shift, day, week and month. The system also tracks all of the loads wrapped per film roll and reports how many pallets can be wrapped with the film remaining on the roll. The latter lets operators budget their time efficiently for reloading the film. The machine easily consumes the film down to the roll core without the usual end-of-roll tears. “Certainly all stretch machines can run a roll of film down to the core,” Caudill explains, “but film breaks increase dramatically as the roll diameter decreases, so operators normally discard a partial roll and reload with a fresh roll to prevent line stoppages.”

The game to beat

While Buffalo Rock prefers to use 30-in.-W rolls of film, the No Film Break machine typically works with 20-inch rolls. The bottler uses 70-ga Sigma film (which the company obtains from Piedmont National), and has been averaging 161 pallets per roll with eight revolutions per pallet, according to a recent check of data in the machine's systems.

Overall, Buffalo Rock is pleased with its new stretch-wrapper addition. The improvement in line uptime and the machine's ability to consume entire rolls of film are both welcome advantages, Garrison sums up. “It's amazing to watch this machine run rolls of film that have caused film tears on other machines,” he says. “Our loads all look good and snug coming off this machine. If we were to need another wrapper any time soon, we would consider the No Film Break technology as the game to beat.”