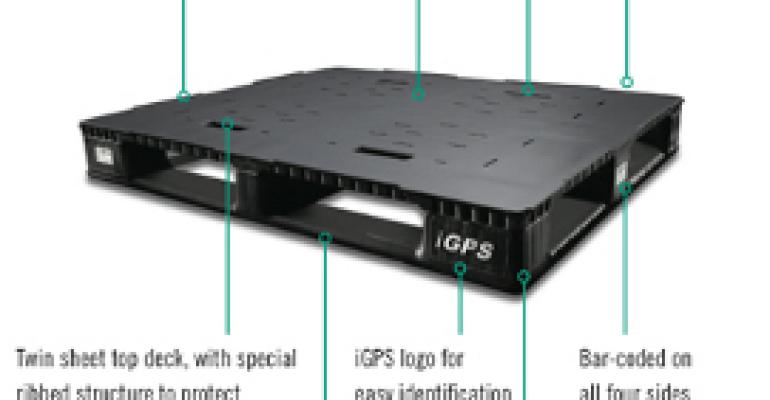 The Los Angeles County Sheriff's Industrial Plastics Theft Task Force pulled off a major pre-Christmas arrest at a South L.A. plastic recycler. On Dec. 21, 2011, more than $250,000 worth of illegally obtained pallets were recovered, including some owned by Intelligent Global Pooling Systems (iGPS Co. LLC). iGPS has been a supporter of the task force and has worked with it in its efforts to stop plastic pallet theft.

"With the rising value of plastics, the theft of plastic pallets and other reusable containers is on the rise," says Al Farrell, vp of asset management at iGPS. "We have actively supported and cooperated with the Sheriff's task force in L.A. County to combat these thieves. This arrest and others like it are proving that the task force approach is effective and serves as a model for other law enforcement agencies to adopt."

In addition to plastic pallets, a number of large boxes containing hundreds of pounds of ground plastic were confiscated. According to Capt. Mike Claus of the Industry sheriff's station, where the task force is based, more than $5 million in stolen trademarked plastic has been recovered in the last four months alone.

iGPS provides shippers and receivers with a cost-efficient pallet-based shipping solution. The solution is centered on its revolutionary lightweight, 100 percent recyclable plastic pallet with embedded RFID tags. When used in conjunction with associated iGPS technologies, shippers and receivers can track, trace and monitor shipments across the supply chain. Businesses that switch from wood pallets to iGPS realize savings—as much as $2 per unitized load—thanks to lower transport costs, reduced production downtime, reduced product damage and fewer rejected loads. iGPS' pallet is also easily cleaned, will not absorb fluids that can lead to contamination and doesn't require treatment with toxic pesticides and fungicides. 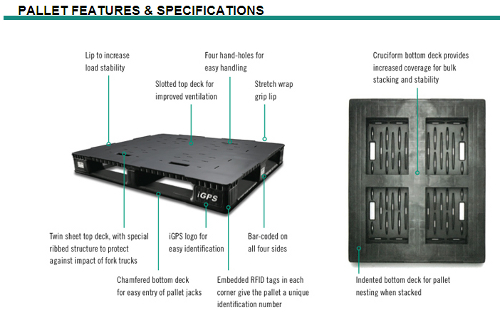