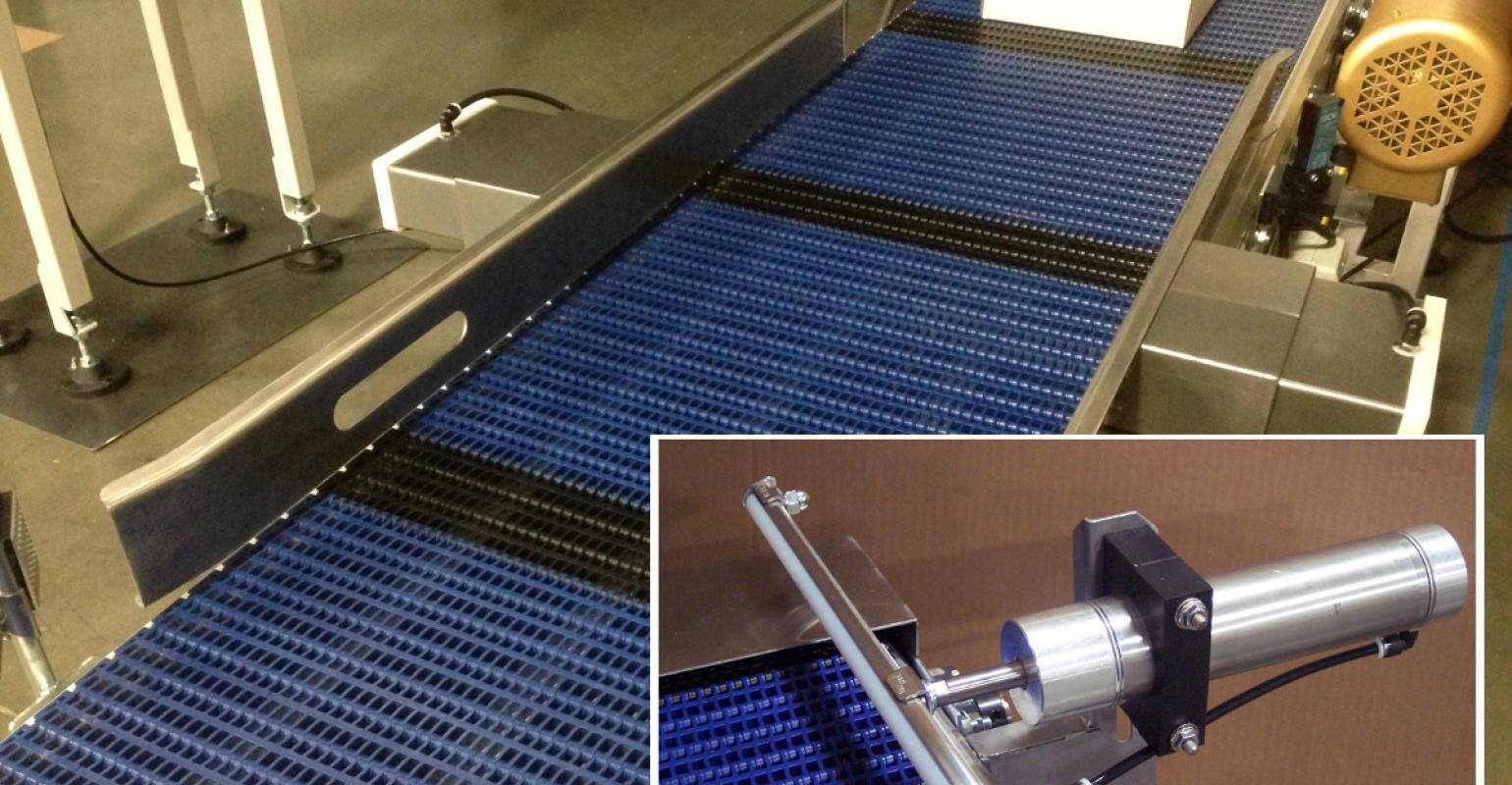 Historically food and beverage manufacturers have constructed and operated fixed production lines, ranging in length from 500 to 1,000 feet, dedicated to producing only one or two products. The first production lines had fixed guide rails that only allowed for manufacturing one product.  However, upgrades and later systems incorporated two-position pneumatic cylinders attached at three to four foot intervals along the conveyor that allowed for changing the guide rail width to a second size to accommodate another product.

Today, to keep up with the exponentially increasing number of different products and variations on each line—and still remain profitable—manufacturers looked for ways to upgrade their lines to produce a larger variety of products with as little time and effort spent re-aligning as possible.

Initially manufacturers tried to solve the problem by continually adding more and more of the two-position pneumatic cylinders until their lines were able to operate four different guide rails to accommodate the various bottle sizes needed. Cylinders continued to be added until it was impossible to fit any more cylinders onto the packaging equipment. This process of adding cylinders to accommodate the addition of new products always required laborious time-consuming manual adjustment until they reached the point of needing to install an additional costly guide rail.  The new rail, of course, then needed to be manually adjusted, and eventually adjusted every time another cylinder was added to the new rail.

In the beverage industry, bottlers faced difficulty just breaking even due to the high costs of adding and changing bottle sizes so frequently to keep up with the increasing number of different products and demand for unique and short run packaging.

High-speed food and beverage plants needed a flexible packaging system that would allow the input of the required rail width, and then automatically and quickly make the necessary thousand positioner adjustments within a few millimeters of each other.

Due to the cost-prohibitive nature of traditional electronic linear actuators and stepper motors in this application, new “variable position cylinder” technology was developed for the food/beverage industry that allows manufacturers to changeover an entire line to accommodate a different sized product in just minutes.

The technology, a new pneumatic-based position cylinder called Anysize, can quickly and economically accommodate multiple package sizes by adjusting guide rails anywhere between zero to 2 inches on either side of the line, which lets lines process most single container and case product sizes. Users need only to input the needed guide rail width, and the Anysize system automatically makes a thousand or more positioner adjustments, to tolerances of a few millimeters from each other, down the length of the line.

Taking cost out of adding flexibility

Cost is a major factor in maintenance or capital investment decisions, and one of the key advantages of this technology is that it was designed with the ability to retrofit exiting production lines. Additionally, a lot of work went into the system’s design to further keep costs down.

Electronic linear actuators were determined to be too costly and maintenance prohibitive for the quantities required and harsh environments found in some plants. Failure of an electrical actuator system requires highly skilled labor to repair, people who typically have many other responsibilities or may be unavailable (such as during third shifts). Anysize only has one moving part per positioner and is pneumatic-based with only one air line, making it reliable and robust. In the event of failure of a positioner, the system was intentionally designed to be so simple and intuitive that anyone can repair it.

The Anysize system is entirely passive and is comprised of a positioner and control component called a Regulated Air Distribution (RAD) box that regulates the system’s air pressure. The RAD box contains filters for ensuring clean dry air and pneumatic components that smooth fluctuations in plant air. Enough air is stored in the RAD box to overcome short periods of lost plant air pressure, because the system is purely pressure-based.

As mentioned earlier, a single air line controls each positioner from a trunk line. Pressure (up to about 80 pounds per square inch) acts on a piston to apply force on a heavy spring. The advantage of springs is that the extension (movement) of a spring is proportional to the load applied to it. They will move an exact distance every time if the same exact force is applied (Hooke’s Law). These springs are designed for an “infinite life cycle,” which for most engineering purposes equals one million cycles.

The standard Anysize model adjusts rails from zero to 2 inches and anywhere in-between—a so called “infinite positioner.” Other models are available with ranges up to 4 inches. While used primarily in high-speed PET air conveyor lines and beverage conveyor lines, their use is growing on case conveyor and conventional conveyance lines.

The Anysize system has had design improvements over time. Work on air control led to the first patent on the concept of creating a force balance for positioning, with mechanical feedback consisting of the precision spring in each positioner. The air distribution system originally used an E-P regulator and a “tank farm” to supply continuous pressure; however that was replaced with a pilot-controlled regulator for better pressure control. Work is now being done to improve the stroke of the cylinder by manipulating preloading and using statistical modeling of the spring rate distribution.
In the past, to address the ongoing challenge of producing an ever-increasing variety of products and sizes, the manufacturing industry had no choice but to produce, maintain and upgrade costly production lines that were only able to add flexibility by increasing complexity.