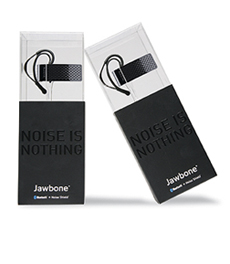 However much the Industrial Designers Society of America’s (IDSA [www.idsa.org]) annual International Design Excellence Awards competition winners accurately reflect the state of design today, the five containers rising to the top in the packaging and graphics category give reason for rejoicing.

Celebration, because they recognize the creative talents of independent and in-house designers, rising from a worldwide field of 1,691 entries in all categories to show that package design is on as sophisticated a level as it is in any industry.

An impressive instance of the adage, “It’s never too late to get it right” is the category’s sole gold award winner, captured by fuseproject (www.fuseproject.com). This is a gleaming jewel case used by San Francisco-headquartered Aliph to create a unique selling environment for a high-tech headset.

It consists of a clear, rigid acrylic case and a friction-fit lid, standing on end, in a paperboard base with a tuck bottom. The headset, known as the Aliph Jawbone® Bluetooth®, is suspended in the case, retained by differentiated rods rising from injection-molded acrylic portions that slide into facing grooves molded into trays.

The paperboard base is printed in three colors, counting the matte-black background, with a high-gloss emboss on the face panel that reads, “noise is nothing.” Rear-panel graphics and copy depict and extol the headset and its proprietary, military-grade noise-canceling technology. The headset is also said to incorporate three microphones and a voice-activated sensor.

Within the case and concealed by the sleeve are two reverse-tuck folding cartons. One is compartmented to hold four earbuds and as many earloops in two plastic bags, enabling the consumer to customize the headset’s fit. The other carton holds a wall charger with a USB cable, also packed in its own bag. A film-wrapped user’s guide is also held in the case.

In explaining the design rationale, Aliph CEO and cofounder Hosain Rahman tells PD about the collaborative project with fuseproject. “We wanted a package that would be a work of art, that would be at home in a museum display, and that would also stand out uniquely in the retail and online environments,” he says. “The headset can be seen from any angle, and the setting is clear, simple and compelling.” Inspiration for the approach, he adds, “came from clear-glass water packaging and from wristwatch cases.”

Noting that the acrylic used in the original case is being replaced by a recyclable polycarbonate, Rahman declines to identify any suppliers. He does, however, note that the product, developed for exclusive Cingular store distribution, sold out immediately, creating a waiting list and becoming the most successful accessory launch in those outlets. He also says a modified version of the package is being developed for AT&T, Apple and other customers.

Looking both ways before crossing earns a silver award for the in-house design staff at CARGO Cosmetics (Canada), North York, ON. The container is what the company describes as the first makeup product to be packaged in a plastic pouch.

For a 40-mL (1.36-oz) quantity of its CARGO Liquid Foundation is a gusseted pouch made of polyethylene terephthalate, laminated to linear low-density polyethylene, PD is told by CARGO marketing manager Jaye Campbell, though the pouch converter isn’t disclosed. She notes, “Our film is a custom film coated to a gauge much thicker than standard films. After two-color printing with distinctly neo-retro graphics, we have a special coating to protect the printing so it doesn’t rub off easily.”

The liquid foundation is dispensed through a fused spout fitment topped with a threaded closure so consumers, Campbell asserts, “can dispense the amount of foundation they need more accurately than with traditional screw-top or pump bottles.”

The pouch is packaged inside a straight-tuck folding carton made by Bellshire Ltd. (www.bellshire.com) of a .014 Printkote SBS using the same graphic scheme as the pouch. Sold primarily at Sephora stores in North America and Europe, at better department stores and at select independent beauty retailers, the pouch is catching on quickly. Campbell says, “Sales more than doubled in the nine months after the launch.”

A second silver award goes to packaging that takes a minimalist approach to maximal impact at point-of-decision. It appears to be a duplex card that combines the product’s retro styling with impactful graphics for Panasonic’s RP-HTX7 headphones, marketed in a range of colors by Osaka-based Matsushita Electric Industrial Co. 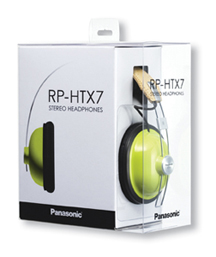 The package’s in-house design is created by Masaru Tochishita at Panasonic Design Co. (Japan), who notes that it is designed for retailers with limited space. He says, “This packaging intentionally does not reveal the full product but instead highlights its key features. It can be displayed on its side or at a slanted angle, in addition to a conventional front display—all of which vividly present the product.”

T he single IDSA packaging/graphics bronze award goes to two discrete containers, but both are from a single packager and simplify a somewhat complex marketing rationale.

For sale in Minneapolis-based Target Corp.’s design-acute retail stores, the Sonia Kashuk fragrance collection, named for the New York City makeup artist, is tied to the premise of offering three solid perfumes that the consumer can mix and match to get a personalized scent. Each fragrance is also a careful blending of ingredients: white gardenia/black vetiver; ginseng blossom/tuberose; and citron/pink mandarin. 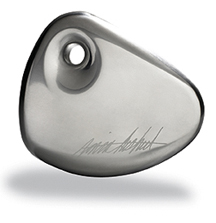 In March 2006, Target introduced the Sonia Kashuk palette, a two-piece, polished aluminum-alloy miniature artist’s palette, its base molded to hold a trio of shallow tin cuplets with the three fragrances with a total weight of 4.2-g (0.148-oz). The palette, codesigned and supplied by Private Perfumery LLC (847/894-5950), is joined by a steel swivel with a brass connector at the point where the artist’s thumb would fit. Its sole decoration is the laser-etched Sonia Kashuk signature. A circular pressure-sensitive label printed in white carries the source and product data.

Then, in November of last year, Target dropped the other shoe, introducing the three fragrances in a 50-mL (1.7-oz) custom glass bottle with an offset neck, a crimpless pump and an ionomer overcap made of DuPont’s (www.dupont.com/packaging) Surlyn, co-designed with Allen and Private Perfumery and supplied by the latter.

The fragrances, Doering comments, are aimed at Target’s core guest—women age 25 to 54. “Sonia believes strongly in helping women to have simple beauty solutions they can apply to everyday life,” she says.

Involved in the packaging program, Private Perfumery purchasing manager Christine Swanson acknowledges the considerable challenges posed by developing both packages in a way to express the marketing concept, saying that “it was the work of many good minds and many hands.”

Dedicated to fostering business and public understanding of the importance of design excellence to the quality of life and to the economy, the International Design Excellence Awards includes 14 competition categories, the packaging & graphics segment described here. The awards will be presented at San Francisco’s Masonic Center on Oct. 20, the final day of IDSA’s World Design Congress. The competition cosponsor is Business Week magazine.