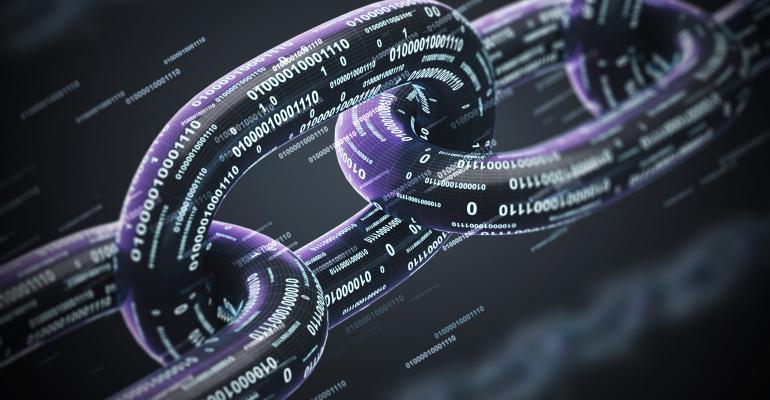 Blockchain technology, having outgrown early fears of supporting shady cryptocurrency deals, is coming to a boardroom, supply chain, loading dock, and perhaps production facility near you. It’s an especially relevant technology for industries such as food and pharmaceutical where, in addition to supply chain efficiency, product safety and traceability are required.

If you haven’t heard: Blockchains are digital ledger platforms that can be shared by participants such as all players in a supply chain. Secure, private industry ledgers establish a single immutable record, or single version of the digital truth, that once entered, cannot be modified. This includes data on products, shipments, deliveries, financial closings and more. In supply chain applications it can also be used to communicate electronic data interchange (EDI) codes and more, with EDI standards from barcode standards organization GS1 now supporting block chain.

More than five years ago, he said corporate leaders “really began to see data as an asset,” leading to major investments to help the company be “more efficient and lean.”

The most visible early test came in the lead up to the 2017 Thanksgiving holiday season. Cargill used blockchain technology and a code on the label of its Honeysuckle White brand turkeys to connect US consumers to the family farm that raised the bird, among other product data. The company even promoted blockchain to consumers in this YouTube video.

The company subsequently embarked on investigations of additional use cases across its supply chains for its beef, soy, palm oil, cocoa (see video), and other products. Along the way, the company partnered with Intel, software engineer Bitwise IO, and others to help buildout the Linux Foundation's open-source Hyperledger Grid blockchain initiative for its industry sector and, now, for Covantis. Such smooth moves have earned Cargill a position in Forbes’ Blockchain 50 rankings, making it a rare member of a list mainly marked by technology and financial institutions.

Explore EDI replacement, and new and unimagined use cases.

To prioritize implementation, the company identified supply chain process pain points to pinpoint manual chores and inefficiencies. The goal was to automate in the area of dispute management and reconciliation of overages, shortages, and damages on delivered product. This was a key area to streamline in light of the 22,000 disputes the company experiences annually, which cost millions of dollars.

For instance, if a shortage of packaging film causes a short order to leave the production plant (versus delaying the shipment), real-time inventory updates and adjustments can be made before there’s ever a need for after-the-fact dispute management.

Now having applied blockchain, such disputes has “gone down from a few hours to a few minutes,” says Moolenaar. “By seeing that the operations, the warehouse workers, and the users — how they leverage this data, and how they’ve trusted, I think this is fascinating to see what benefits you’re bringing into the department.” He adds that such improvements represent a “real focus shift” and have “really started to change the lens of our business leaders, [who] also see the value of the technology.”

He went as far as saying blockchain can replace EDI’s advance ship notice (ASN; EDI 856), a protocol that provides data on pending shipment details (such as contents, carrier, size, and date) but doesn’t do something he says is “really cool” that blockchain can do: Sharing bills of lading on the ledger provides proof of receipt, real-time reconciliation, and prevention of potential mismatches or inaccuracies, such as misreported short shipments.

He also cites opportunities in areas of sales and settlements, purchase order automation, and invoice management, as well as reduced complications with red tape in shipping across international borders.

There’s much industry discussion on whether blockchain will replace EDI. Moolenaar believes, for example, that “in order automation, blockchain competes with EDI,” and goes further in terms of cost savings through automation. Generally it appears that there will be a complimentary role in which organizations will leverage blockchain’s capabilities, while using EDI “to feed both blockchains and siloed databases containing only limited traceability,” according to a useful Blockchain Council tutorial.

Blockchain, however, is a much broader technology than EDI, and can bring shared, trusted data to many more use cases that dovetail with additional, emerging technologies.

Get started now, by imagining the future.

In the consumer packaging realm, blockchain been cited for such applications as being used with the emerging “Internet of Packaging” to deter food fraud, speed resolution of food safety issues and, as discussed above, provide consumers with product-related details.

There are still yet-imagined use cases for blockchain, says Moolenaar, musing on the potential with several future use cases beyond the already giant promise of end-to-end data from farm field to scaled barcodes at retail point of sale. Using blockchain in tandem with radio frequency identification (RFID) tags, Internet of Things, artificial intelligence, and other technologies might someday aid thermal imaging systems to optimize crop yields; track delivery drones; enhance the speed of chocolate bar personalization; and even monitor sensor data on foodservice fryers to prevent toxicity, ensure quality, or even initiate new fryer-oil orders.

Moolenaar says companies shouldn’t hesitate to partner and co-develop use cases because blockchain ledgers’ very existence is aimed at bringing organizations together with trusted data. His number-one tip is to start with “your biggest trust issue … or your biggest pain point” in a partner relationship. “Start small, do a prototype, learn from the data quality realm and just … do something quick, fail fast, and iterate on it.”

Blockchain, again, isn’t a mystical tech-beast, but a new way to share data and build trust. And it’s not that hard to implement, according to Moolenaar. Going back to the 2017 turkey tracing project, he says it took less than six months to create. Of course, use cases vary with the scope of the project. A single-node ledger connection with a remote user can be accomplished in a “couple of hours,” while a more ambitious blockchain ledger between large companies’ with large Information Technology (IT) departments, “typically take six to nine months,” says Moolenaar.