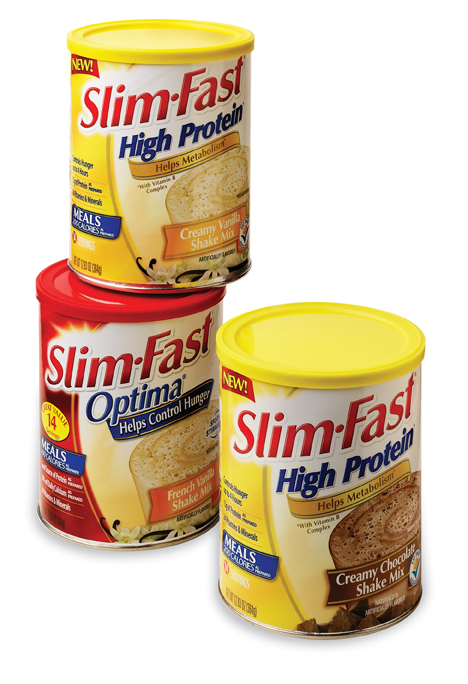 Founded in 1920 as part of the Carnation Co. to produce malted milk powder and other dry mixes, the Lake Country Foods facility went through several ownership changes in the past 20 years. The last one in 1993 resulted in the formation of Lake Country Foods, which is a privately held company specializing in the contract manufacturing of malted milk powder, hot cocoa mix and bakery mixes. It is a major packager for a number of large companies including Slim-Fast products for the Unilever Co. The plant has three packaging lines running standup bags, plastic jars and cans and canisters, respectively. The newest line, which was installed last fall, runs 401- and 502-diameter spiral-wound composite cans from Sonoco (www.sonoco.com) that range in height from 4 to 8.5 in. and contain from 12 oz to 2.5 lb of product. The cans are made from two plys of recycled paperboard with an inner barrier layer, and the top is sealed at the factory with Sonoco's Ultraseal® peelable foil membrane that includes a pull tab for easy removal.

The line, which runs 180 canisters/min, incorporates a combination of existing equipment and new equipment bought specifically for the new line. During PD's visit, the line

was running a 401 can containing 12 oz of Slim-Fast product at a speed of 180 cans/min. “I've worked with Rich May, president of Richpak Machinery, Inc. [312/225-1207], for a number of years, and he gave us some good suggestions for equipment to include on the new line,” says Tom Gnewuch, vp of operations. “In particular, he suggested we talk to All-Fill, Inc. (www.all-fill.com) about the filler and checkweigher and to Confab Systems, Inc. (www.confabsystems.com), which supplied all of the conveyors on the entire line, including the cable conveyors, twisters and the table-top conveyor, as well as the accumulation table after the filler. Confab also provided system integration and all of the controls for the complete line, as well as mechanical installation and startup assistance.”

Cans are received stacked nine layers high on a pallet, and a depalletizer pushes one layer at a time onto an unscrambler that single-files them onto a cable conveyor that transports them overhead to the filling line. From there, they go down through twisting chutes from Confab that set them on the conveyor feeding the filler. The plant has four twisters, two for each can size, and gates at their inlets are manually opened or closed depending on what size can is being run. Air jets located along the twisters blow any dust out of the cans as they descend. Because the cans are provided with Sonoco's foil Ultraseal membrane across their tops, product is filled into the open bottom. Therefore, the chute is designed to place the cans upside-down on the flat conveyor chain with the open bottom facing up.

After the cans are placed on the conveyor, they pass through a centrifugal bowl feeder from Palace Packaging Machines, Inc. (www.unscramblers.com) that places a scoop into each can. In this operation, the scoops are dumped into a floor hopper from which an inclined cleated conveyor lifts them up to the sorter bowl where they are oriented with the open side down and the handle trailing. They then transfer into a rotating accumulation hopper that maintains the orientation and drops them into a two-level rotating starwheel. The scoops drop into sections in the upper level, while canisters travel synchronously through the lower level. At the discharge of the starwheel, the scoops drop into the open tops of the canisters. A sensor at the inlet of the scoop feeder detects the presence or absence of canisters and turns the feeder on and off accordingly.

Eighteen funnels are mounted around the top of the rotating filler turret and discharge into the containers that travel synchronously beneath them. Sealing pads at the bottoms of the funnels sit on top of the cans and create a tight seal for dust control. The dry powder discharges from an overhead tank into a hopper containing a rotating auger that discharges the powder into the funnels as they pass beneath it. The proper weight of product in a container is achieved by coordinating the respective rotating speeds of the turret and the auger. The filled cans discharge through a star wheel onto the same conveyor that delivered them to the filler.

Cans then enter the Alpha checkweigher, which incorporates three weight zones–under, accept and over. Out-of-spec cans are rejected as they leave the checkweigher. The electronic control system for the checkweigher includes an alphanumeric LCD display plus an individual LED weight display, up to 25 programmable product setups, sample and hold display functions, automatic setup of static and dynamic calibration, startup and dynamic self-diagnosis with error messages, auto zero to compensate for product spillage and digital automatic feedback control to the filler. The standard statistical data package looks at the last group of 50 packages, and calculates long-term average-weight data and standard deviation. Based on these results, the checkweigher adjusts the speed of the augers on the filler to maintain the weight of product in the cans within the set limits. “The filler and checkweigher are running very well for us,” says Gnewuch. “They hold the weight within plus/minus 10 grams on a 12-ounce can.”

After filling, the cans pass through a can seamer that applies a metal bottom. The plant has two seamers—one for each diameter—and gates divert the cans to conveyors that deliver them to the appropriate unit. The cans then continue past a Videojet Technologies (www.videojet.com) ink-jet printer that applies the date to the metal bottom. Next the cans go through a roll-through cold-glue labeler that wraps a label around the circumference. Both of the can seamers and the labeler are older machines that the plant refurbished for this operation. The cans pass through a twisting section at the outlet of the labeler that sets them upright on the conveyor so the peelable membrane is on the top, after which they are conveyed to a machine from Del Packaging, Inc. (www.delpackaging.com) that snaps plastic overcaps over the foil membranes on the tops of the cans.

Next, the cans pass through an x-ray inspection unit from Smiths Detection (www.smithsdetectionpid.com) that checks them for contaminants.

After the x-ray inspection system, the canisters go through a diverter that splits the flow to two wraparound case packers from Brenton Eng. (www.brentonengineering.com), a division of Pro-Mach. “We had a Brenton Series 32 case packer that we bought in 2005 for another application that has done an excellent job for us,” says Gnewuch. “We decided to move it to the new packaging line, but the new line runs sixty three-pack cases of canisters/min, which is too fast for one machine, so we bought a second Brenton unit for the new line. The existing machine was a left-hand unit, so we bought the new packer in a right-hand configuration, so the controls face each other, which makes it easy for one operator to handle both packers.

“It was an easy decision to buy another Brenton,” says Gnewuch. “They really stand behind their products. Right from the beginning, they told us, 'Tell us what you want, and we'll make it do it.' I can't say enough good things about them.”

Lake Country runs 24 stock keeping units in seven pack patterns on the line, including three-, six- and 12-count patterns. During PD's visit, the line was running three packs of 12-oz canisters. The intermittent case packer operation is powered by a line shaft and begins with vacuum cups removing case blanks from a magazine and placing them on a set of flight chains initially forming the leading and trailing sides of the box while the bottom major flaps are trapped and contained in preparation of the product being loaded into the case.

Simultaneously, the cans of product enter a flood-feed-style infeed and are assembled into the appropriate number of rows. A servo-driven loader then pushes the cans into the waiting, partially formed case. The servo motor used allows for a very fast, but controlled movement that enables the casepacker to maintain the needed seed and product containment. The loader plate is then raised to allow the next rows of product to collate, while the loader assembly returns to its home position.

The case packer indexes the loaded case through the process of folding in the minor flaps, applying the glue to these flaps and then compressing the major flaps onto the glued areas and holding them in this position long enough for the glue to set. The completed case then discharges from the machine, ready for shipment.

Changing from one canister size or pack size to another is very easy. “Most of the changes required to run different canister and pack sizes can be handled through the menus that reside in the machine controls,” says Gnewuch, “and the mechanical changes are done by cranks with numerical readouts. A changeover only takes about 10 min.”