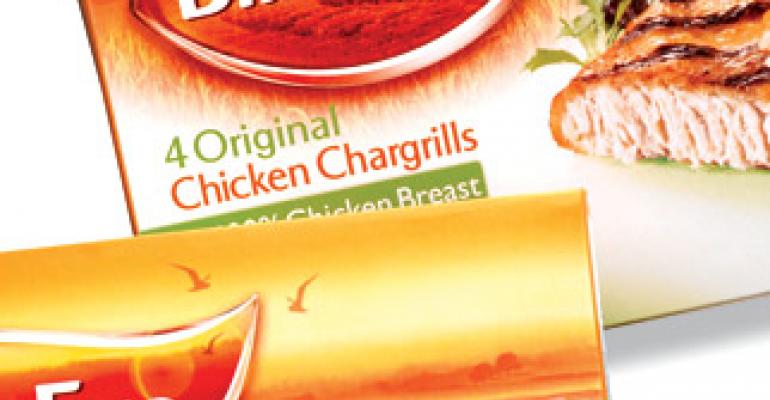 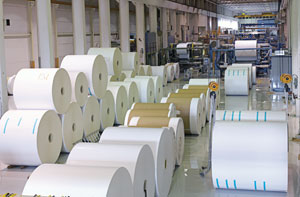 Back in the 1930s, Clarence Birdseye discovered how frozen food could taste as good as fresh. The secret, he discovered, was fast freezing. Today, Mr. Birdseye would probably be equally interested in keeping the packaging for his products environmentally friendly.

That's just what Birds Eye Foods' UK business, Birds Eye Ltd., London, is doing with a recent project that significantly saves on packaging weight of the cartons it uses to pack its frozen food products. Birds Eye top-loads and heat-seals the primary cartons of burgers, chicken sticks, chicken “crispers and dippers,” waffles, fish fillets and more in-house at its facilities in Lowestoft, England.

The company initiated a partnership with WRAP (Waste & Resources Action Programme) and M-Real Consumer Packaging, a Finnish fiber paperboard producer and supplier for consumer packaging, communications and advertising. WRAP was established in 2001 in response to the UK government's waste strategy to help businesses, individuals and local authorities promote sustainable waste management. Birds Eye is a WRAP Courtauld signatory and says it's committed to packaging and waste efficiencies.

WRAP acts as a not-for-profit company, limited by guarantee by the UK's Department for Environment, Food and Rural Affairs (DEFRA), the Dept. of Trade and Industry (DTI), and the administrations of Scotland, Wales and Northern Ireland.

A key aspect of Birds Eye's project was to cut the weight of its paperboard frozen food cartons without a loss of stiffness or strength, which are both vital for maintaining efficiency on its packing lines, and avoiding carton damage in-transit.

Says Robert Geldard, head of European Packaging R&D for the Birds Eye iglo Group of companies that operate in several European jurisdictions and of which Birds Eye Ltd. is a part. “There's no inner packaging to these cartons,” Geldard says. “This was the most straightforward approach we could take. We work closely with our carton and board suppliers to maintain continuous improvements in packaging design.”

Birds Eye's total carton material usage in the UK of 3,500 ton per year has dropped by 54 tons (or 1.5 percent) as a result of the trials with WRAP and M-Real.

There was also a savings in carbon dioxide creation, from 135 to 210 tons as calculated by WRAP, which was basically achieved by the reduction in carton weight that the use of the M-Real's revitalized Simcote paperboard allowed. M-Real contributed to this source-reduction project following the rebuilding of its paper-production facilities in its Simpele Mill in Finland, which have improved the bulk and stiffness of its upgraded Simcote board, which allows customers like Birds Eye to realize improved packaging yields.

Explains Matthew Terry, technical services manager at M-Real UK, “The aim of WRAP is twofold. It promotes recycling wherever sensible, but it's actual target is to reduce the weight of household waste. Birds Eye had already optimized its raw materials before the trial, so dramatic savings in tonnage were not expected. But it did recognize the need to specify board by stiffness as a key indicator of a carton board's runnability on its packing line, and through the rest of the supply chain.”

“Given that Birds Eye was previously using one of the stiffest boards on the market, (our Simcote grade prior to our [paper] mill's machine rebuild), a savings of 1.5 percent is excellent.”

WRAP's report on the testing with Birds Eye's packaging concluded that the type and grade of carton board used and its weight is a balance between the material and the operational efficiency of the actual cartoning line. This is particularly relevant when considering weight selection and paperboard stiffness.

The WRAP trial revealed that the board weight and stiffness have a direct effect on carton compression strength.

Birds Eye chose M-Real's new Simcote primary fiber folding carton board grade GC2 in several different thicknesses depending on the product. The carton material is offset-printed in Kempten, Germany, by VG Nicolaus GmbH and in Belgium by VG Turnhout. In Lowestoft, the food products were cartoned at rates from 80 to 100/min on forming and closing machines from suppliers including Kliklok-Woodman.

“There was no detrimental effect on the runnability of the carton itself,” Terry tells PD. “The limiting factor in this case was the compression strength of the carton during transportation. In this case, we were competing against the earlier Simcote, one of the stiffest boards available. In general, both improving the stiffness and extremely tight industry tolerances have had significant benefits for our customers.”

To create an improved Simcote material, as well as other materials, M-Real invested 70 million Euros, ($102 million U.S.,) to modernize its Simpele mill, including a new sheeting plant to improve its service, and installed new energy-saving equipment—a ValZone metal belt calender and a Power Dry Plus noncontact air dryer—both from Metso Paper. M-Real's Simpele mill manager Juha Kovanen reports that not only has the calendering equipment simplified the whole boardmaking process, but it has also increased production from 170,000 to 215,000 tons of board/year by removing process speed limits and bottlenecks.

“The increased stiffness of the Simcote grade was achieved with the use of new technology at the mill, perhaps most importantly the new Valzone calendar,” he says.

“The calendar system enables us to increase the bulk and stiffness as well as tighten our tolerances. Although the upgrades and rebuild at the mill enabled us to improve the Simcote yield by between five to nine percent, the weight savings made by Birds Eye were about 1.5 percent, due to limiting factors further down the supply chain, specifically carton compression strength,” explains Terry.

The upgrades simplified M-Real's entire boardmaking process, he says, increasing production capacity and at the same time, enhancing surface properties of the board, which improves printability and increased control over the manufacturing process.

As a result of the trial, Birds Eye began having its commercial frozen food cartons made of the GC2 Simcote board and soon began marketing them. The cartons had to be sturdy, adds Geldard. “In Europe, we don't use shipping cases to transport these cartons. We shrink film them in bundles. So stiffness and strength were important to maintain sufficient protection of the package contents. Quality control is crucial and is checked regularly in order to overcome variances that arise from differing raw-material tolerances. ”

Adds Terry, “Other projects, outside of the WRAP project have also confirmed that the new Simcote grade of paperboard can achieve greater savings compared to competing materials, and even more when substituted for SBS or coated recycled board.

“Helping our customers realize potential cost savings, the changes meant environmental benefits at all stages of the value chain and in a reduced amount of packaging to be disposed of at the end of its life,” Terry adds. Sums up Geldard, “We are pleased we are able to maintain progress on our packaging efficiency targets and have rolled out [the cartons] in our key factories. We are trialing other packaging to become more sustainable to continuously improve sustainable package design.”