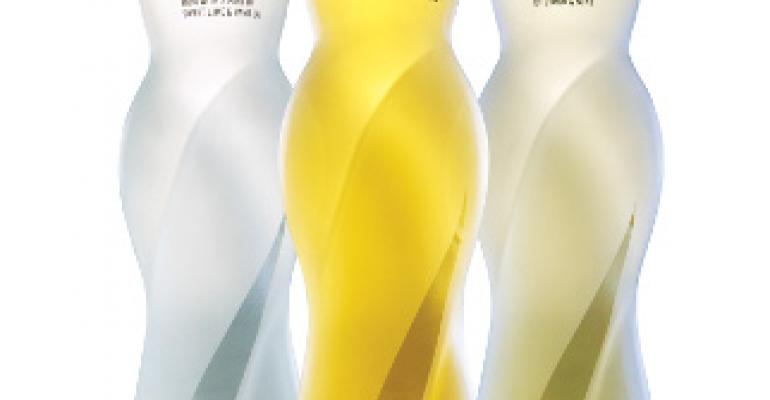 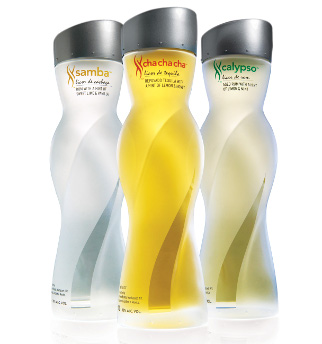 SX Latin Liquors launches a line of premium Latin spirits infused with sensual and exotic ingredients in a distinctive contoured bottle. The company says the packaging is part of the SX brand's bold promise to discerning female consumers: Your Drink. Sexier!

"Packaging is key to driving trial at the point of purchase," SX founder and CEO David Knight says. "Our strategy when we started this business was to design a striking, memorable bottle and put premium product inside it." Knight identified tequila for SX's first product line because of its fast-growing popularity, but current lack of innovation in the category. "We wanted to introduce something that would grow the category and attract new users. Key to that proposition was to produce a bottle that breaks industry norms and stands out."

According to Stuart Leslie, president, 4sight inc., the New York-based design and innovation firm, "The curvaceous bottle exudes pure sensuality and mystique. The inspiration behind the design are the curves of the female body and the smooth rhythm of the music; that is the core of Latin culture and tradition."

The blown glass bottle was designed to provide differentiation in a category that is saturated with tradition and rich, Mexican heritage but lacking in appeal to women. The entire bottle, except for one small clear panel, is frosted, resembling a flowing dress with an alluring front slit. The modern-styled cap contains a cork, making it easy to pull off. Simple and elegant graphics at the top of the bottle, just below the cap, include color-coded typography that marries the logo with the three products and was designed by Greg Stewart, Ingenuity Design, Norwalk, CT.

While the key intended target audience is women, the shape and physique of the bottle is designed to also attract men to its alluring form.

SX (the "S" stands for sensual and the "X" for exotic) is launching with three products. All are named for passionate Latin dances: SXchachacha (100 percent agave reposado tequila infused with lemon and honey, SXcalypso (aged rum and a hint of mint and lemon) and SXsamba (cachaca rum with a hint of vanilla and sweet limes).

The full range of spirits will become available in Florida during June 2011, and will then expand to New York and nationally for both on and off premise purchase.