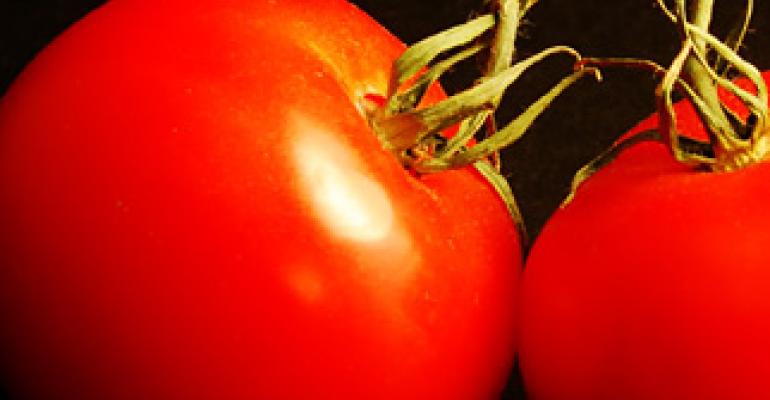 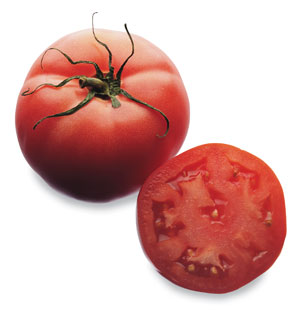 Packaging labels play a key role in the supply chain. A well-designed label communicates important product information, helps manufacturers and shippers comply with government and industry regulations and standards, and (if bar codes are involved) acts as the cornerstone for automated tracking and shipping applications.

However, for a label to accomplish any of those tasks, it has to stay on the case. Just ask the staff at West Coast Tomato, a Palmetto, FL-based tomato-packing company that solved its labeling problems with a redesigned print-and-apply system, along with modifications to its material-handling equipment.

West Coast Tomato is a high-volume tomato packer that sells produce to restaurants, grocery stores, repacking companies and other customers across the country. While the plant is capable of processing and packaging up to 1 million lb of fruit in a single day, its labeling system had bogged down operations to the extent that management was ready to scrap the printers and start over.

Under USDA requirements, produce companies have to properly label each case of their product. West Coast, however, was only achieving 50-percent label accuracy with its previous system. “We had a very maintenance-intensive system,” says John Darling, systems manager at West Coast Tomato.

“Our customers were complaining about the labels not being on the cases or falling off when they were delivered,” he says. “We worked on that system for two or three years, trying to get it to operate correctly, and then we started looking for a replacement.”

The plant operates 17 lines, each with its own print/apply station to label the cases. Two different automated fillers, each handling a different type of tomato, feed 25-lb cases of fruit to each line. As those cases merge, photoelectric eyes trigger the print/apply system to produce the correct label, depending on which filler the case came from, and apply the label as the case moves down the conveyor.

The system never worked correctly, according to David Moore, maintenance manager at West Coast Tomato. Cases were not only mislabeled, but the print/apply system was not able to effectively attach the labels. That meant that even if the labels made it onto the correct cases, they frequently fell off prior to shipment. “The cases weren't stopped at the applicator,' says Moore. “The labels would sort of get blown onto the cases, but they would just barely touch them.”

An employee had to manually check each pallet and re-apply any missing labels; a time-consuming process that led to even more errors. Employees also had to periodically scrape hundreds of stray labels off of the plant floor. The issues with the labeling system, combined with some conveyor problems, led to frequent jams and work stoppages, which negatively impacted the plant's processing throughput. 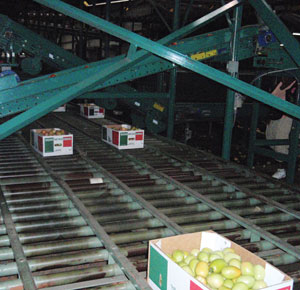 West Coast Tomato originally thought an ink-jet system would solve its printer problems. They contacted local labeling and material handling systems integrator Cheetah Systems LLC to help them with their conveyor setup. But when Cheetah personnel saw what was happening with the printers, they suggested it would be less expensive to simply redesign the print/apply system. “They were so distraught with the original system, I don't think they believed we could get a label on every case in the right place each time,' says Gary Gatewood, vp at Cheetah.

Solving the label accuracy problem required fixes to the printer/applicator setup and to the material-handling equipment. Cheetah installed urethane covers on some of the conveyor rollers upstream of the labeling area to improve case flow, and then added pneumatic case stops to the live roller conveyors to index and control the random flow of cases. This ensured proper label adhesion and placement.

Improving label accuracy was more complex. Because two separate fillers feed each line, the printing system has to be able to distinguish which of two possible labels should be applied to each case while also communicating with a central label-control system. “West Coast Tomato had 17 lines and 34 fillers all being controlled by one central computer, with all of that data going back and forth,” Gatewood says. “There were a lot of data crashes.”

The Cheetah team decided that the most economical solution would be to modify the firmware, which was supplied by Sato America Inc. so that the printer at each line could store both label formats locally, and then load the correct one into the print buffer, based on input from the photoeye system. 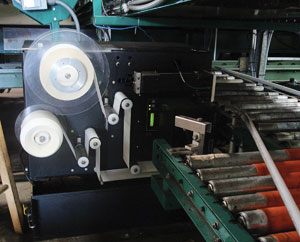 Sato provided the patented, custom firmware modification, and Cheetah utilized the onboard PLC of the printer/applicator, so that the labeling operation could be controlled locally.

Cheetah deployed the initial prototype system in 2006 on a single line using the Sato M8459Se print engine along with Cheetah's Model 313-LPA-T bar-code labeling system, then expanded the solution to six more lines the following season. West Coast now operates the Cheetah/Sato system on each of its 17 lines.

At the end of the second season of operation, Cheetah developed a new Windows® XP-based backend label-control system to replace the existing software, which was developed by an out-of-state vendor and was no longer supported. Cheetah embedded Sato's Label Gallery label-design and printing software into the system, allowing West Coast to select the label formats for each line using Label Gallery, and then load them into the printer memory.

Cheetah worked with West Coast to test and evaluate new adhesives to make sure the labels stayed in place. They also reconfigured the label applicator to accommodate a reduced label size. Cheetah supplies West Coast with Sato labels for the application and provides maintenance and support for the print engines, which Darling says has been “critical to keeping the process running smoothly.”

The new label system easily achieved West Coast Tomato's primary goal of meeting its labeling requirements. “We have a 95-percent success rate in getting the labels on the cases, which is pretty miraculous in the tomato-packing industry,” Darling says.

One employee, who previously spent most of the day checking cases and labels, has been assigned additional duties, and there are no longer piles of labels on the floor that have to be picked up by the cleaning crew.

According to Darling, the plant previously experienced 10 to 15 stoppages per day, due to the old labeling system, but “we basically don't have stoppages now,” he says. “We react to a label applicator not working maybe two or three times per day.”

“As long as we maintain the distance between the cases, we can just push them through left and right,” Moore says. “It has really helped increase our speed.” Now that the label system is working correctly, West Coast will be able to move forward with a planned automated palletizing system. The Sato/Cheetah system will play a key role in that project by providing scannable bar-code labels on every case.

While it took several years to complete the design, programming and implementation, Darling and the rest of the staff at West Coast are pleased with the way the system has improved plant performance and customer service. Darling credits the Cheetah Systems team for its holistic approach.

“Identifying all of the problems in the process and coming up with modifications to overcome those was challenging,” Darling says. “The people at Cheetah were systematic, and had an excellent knowledge base. Labeling is a notorious problem in the tomato packing industry, but you can see on our pallets that all of the labels are consistently placed. Our rate of missing labels has been reduced to virtually zero.”